This summer, a new diamond in the rough will be created in the Des Moines area for a seven-part prequel series to be streamed next year on Peacock, taking a deeper dive into the backstory and characters from the original film, said Liz Gilman, film commissioner with Produce Iowa-State Office of Media Production, based in Des Moines.


The cast hasn’t been announced yet, but Gilman has been told people will recognize the names. She also hasn’t heard if Kevin Costner, who starred in the original film, will be attached to the production.


Shooting is slated for Polk County, Boone, Oskaloosa and Clinton, and Iowans are invited to get in on the action. To get involved:


• Sign up for a special boot camp for production assistants, June 4 and 5 in Des Moines, at iowaculture.gov/media/film-education/mediamasters-workshops.


Produced by Universal Television, the project will use local crews, suppliers and vendors for construction, catering, transportation and set decoration, a news release states. Renovo Media Group, based in Clear Lake, will bring technical equipment and expertise. Musco Lighting and its subsidiary, Iowa Sports Turf, will help light, design and construct the baseball field for the series.


Other scenes will be shot in Minneapolis, Boston and Los Angeles.


Dyersville isn’t on the docket, since the series will be filming around the time Major League ball returns to that site Aug. 11 with the Cincinnati Reds playing the Chicago Cubs. On Aug. 9, the Cedar Rapids Kernels will take to the field against the Quad Cities River Bandits in Minor League action.


Mike Schur, co- executive producer for the series, is writing the script for the streaming series. He has credits as a director, writer, producer, creator and actor and has appeared on-screen in “Saturday Night Live,” “The Office,” “The O.C.” and made cameo appearances in “Parks and Recreation,” where he also served as a writer and director. Other producers include Okoboji-area native Morgan Sackett, David Miner and Lawrence Gordon, producer of the original film on which this adaptation is based.


Gilman is thrilled to see Hollywood back in the heartland.


“We’re just so appreciative that the producers realized the importance of Iowa, and how it’s a character in the story,” she said. “They really wanted to be authentic with their filmmaking here, so I totally support that. And I was so relieved, because you know they could shoot this anywhere, but they really made the creative decision to come here.”


The trickle-down effect will be “huge” for Iowa, not only with a crew of about 120 or more people coming to the state to work on it.


“Also, once they leave, as we saw with the original film that was 34 years ago, we’re still making money off that original filming that happened here. The economic impact is huge, and it really has trickled down to a lot of different Iowans over the years.” 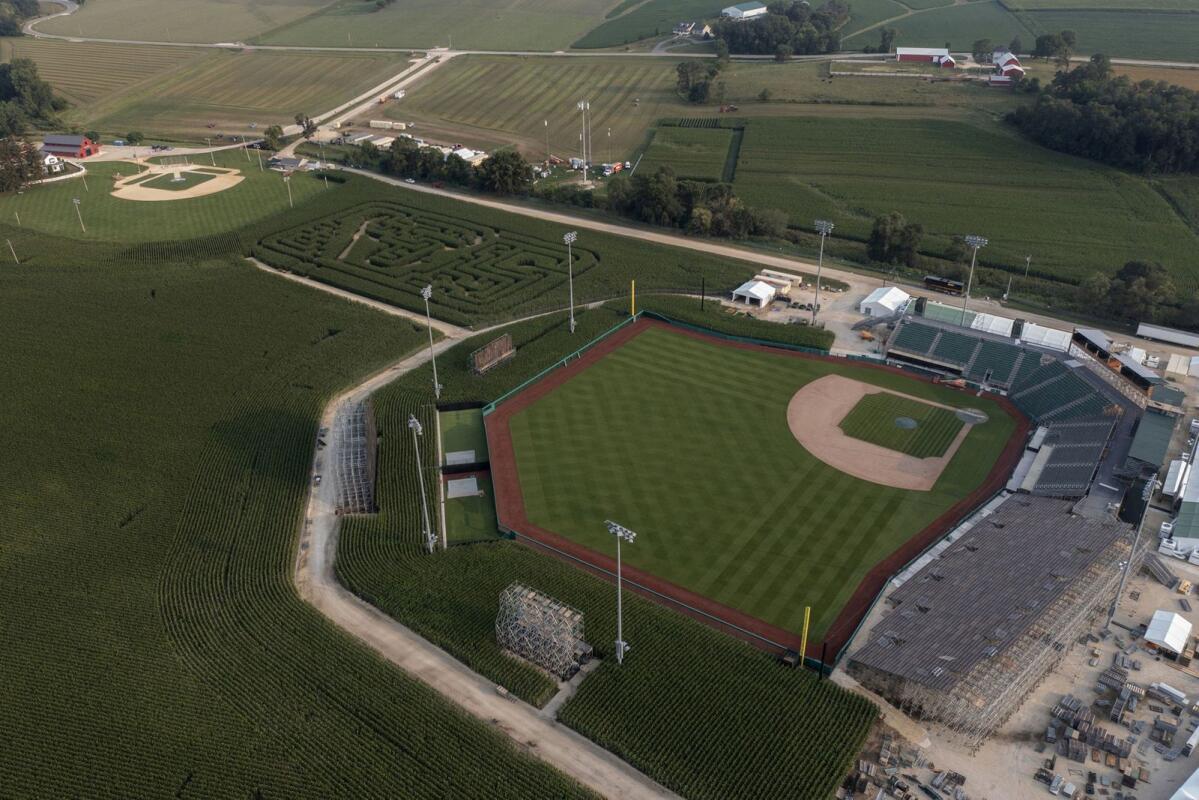 ‘Field of Dreams’ TV series will be filmed in Iowa

The “Field of Dreams” prequel TV series will be filmed this summer in Central Iowa. The seven-part series will be streamed some time in 2023 on Peacock