Previously undisclosed emails provide an inside look at the increasingly desperate and often slapdash efforts by advisers to President Donald J. Trump to reverse his election defeat in the weeks before the Jan. 6 attack, including acknowledgments that a key element of their plan was of dubious legality and lived up to its billing as “fake.”
The dozens of emails among people connected to the Trump campaign, outside advisers and close associates of Mr. Trump show a particular focus on assembling lists of people who would claim — with no basis — to be Electoral College electors on his behalf in battleground states that he had lost.
In emails reviewed by The New York Times and authenticated by people who had worked with the Trump campaign at the time, one lawyer involved in the detailed discussions repeatedly used the word “fake” to refer to the so-called electors, who were intended to provide Vice President Mike Pence and Mr. Trump’s allies in Congress a rationale for derailing the congressional process of certifying the outcome. And lawyers working on the proposal made clear they knew that the pro-Trump electors they were putting forward might not hold up to legal scrutiny.
Advertisement
Continue reading the main story


“We would just be sending in ‘fake’ electoral votes to Pence so that ‘someone’ in Congress can make an objection when they start counting votes, and start arguing that the ‘fake’ votes should be counted,” Jack Wilenchik, a Phoenix-based lawyer who helped organize the pro-Trump electors in Arizona, wrote in a Dec. 8, 2020, email to Boris Epshteyn, a strategic adviser for the Trump campaign.

In a follow-up email, Mr. Wilenchik wrote that “‘alternative’ votes is probably a better term than ‘fake’ votes,” adding a smiley face emoji.
The emails provide new details of how a wing of the Trump campaign worked with outside lawyers and advisers to organize the elector plan and pursue a range of other options, often with little thought to their practicality. One email showed that many of Mr. Trump’s top advisers were informed of problems naming Trump electors in Michigan — a state he had lost — because pandemic rules had closed the state Capitol building where the so-called electors had to gather.
The emails show that participants in the discussions reported details of their activities to Rudolph W. Giuliani, Mr. Trump’s personal lawyer, and in at least one case to Mark Meadows, the White House chief of staff. Around the same time, according to the House committee investigating Jan. 6, Mr. Meadows emailed another campaign adviser saying, “We just need to have someone coordinating the electors for states.”

Many of the emails went to Mr. Epshteyn, who was acting as a coordinator for people inside and outside the Trump campaign and the White House and remains a close aide to Mr. Trump.
Advertisement
Continue reading the main story


Mr. Epshteyn, the emails show, was a regular point of contact for John Eastman, the lawyer whose plan for derailing congressional certification of the Electoral College result on Jan. 6, 2021, was embraced by Mr. Trump.


On Dec. 8, 2020, Mr. Wilenchik wrote that Kelli Ward, one of the Republicans in Arizona participating in the fake electors plan, recommended trying “to keep it under wraps until Congress counts the vote Jan. 6th (so we can try to ‘surprise’ the Dems and media with it) — I tend to agree with her.”​

Mr. Epshteyn, Mr. Wilenchik, Mr. Roman, Mr. Eastman, Ms. Bobb and James Troupis, another lawyer involved in the plan, either declined to comment or did not respond to emails or calls seeking comment.
Mr. Marks, in an email, disputed that there was anything inappropriate or improper at work.
“I do not believe there was anything ‘fake’ or illegal about the alternate slates of delegates, and particularly Pennsylvania,” he said. “There was a history of alternate slates from Hawaii in 1960. Nothing was secret about this — they were provided to the National Archives, as I understand the procedure, and then it was up to Congress to decide what to do.”
Mr. Marks added: “I had no involvement with Professor Eastman’s advice regarding the vice president’s role, which I only learned about after the fact, and do not support.”

The House committee investigating the Jan. 6 attack on the Capitol has produced evidence that Mr. Trump was aware of the electors plan. Ronna McDaniel, the chairwoman of the Republican National Committee, said in a deposition to the panel that Mr. Trump had called her and put Mr. Eastman on the phone “to talk about the importance of the R.N.C. helping the campaign gather these contingent electors.”

The panel has also heard testimony from Mr. Jacob, who was Mr. Pence’s counsel in the White House, that Mr. Eastman admitted in the Jan. 4 Oval Office meeting — with Mr. Trump present — that his plan to have Mr. Pence obstruct the electoral certification violated the Electoral Count Act.
The emails show less than lawyerly precision at times. Mr. Marks repeatedly referred to Cleta Mitchell, another lawyer helping Mr. Trump, as “Clita” and “Clavita,” prompting Mr. Epshteyn to reply: “It’s Cleta, not Clavita.”
Another time, Mr. Epshteyn wrote to Mr. Marks: “Do you mean Arizona when you say Nevada???”
By early December, Mr. Epshteyn was seemingly helping to coordinate the efforts, conferring repeatedly with Mr. Marks and others. Mr. Wilenchik told his fellow lawyers he had been discussing an idea proposed by still another lawyer working with the campaign, Kenneth Chesebro, an ally of Mr. Eastman’s, to submit slates of electors loyal to Mr. Trump.
“His idea is basically that all of us (GA, WI, AZ, PA, etc.) have our electors send in their votes (even though the votes aren’t legal under federal law — because they’re not signed by the Governor); so that members of Congress can fight about whether they should be counted on January 6th,” Mr. Wilenchik wrote in the email on Dec. 8, 2020, to Mr. Epshteyn and half a dozen other people. 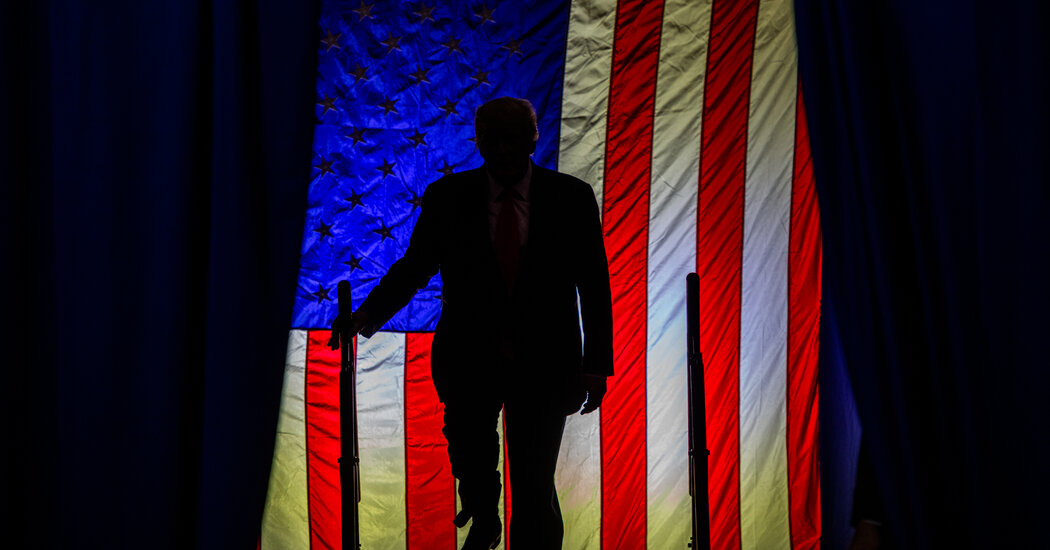 Previously undisclosed communications among Trump campaign aides and outside advisers provide new insight into their efforts to overturn the election in the weeks leading to Jan. 6.

I would think that all of those people who are so concerned about election integrity would be all over this. But, this is actual election fraud and not some made up bull crap so I guess not.
You must log in or register to reply here.