So my congresswoman voted in favor of the Respect for Marriage Act, legislation providing federal protections for same-sex and interracial marriages. Good for her.

And yet, it seems like she thought it was a waste of time.

“I voted for the Respect for Marriage Act, legislation that respects & maintains settled law. Now, Democrats need to focus on policies that will help families: lowering costs for groceries & gas, securing our border to keep our communities safe & getting our economy working again,” Hinson tweeted after the vote. U.S. Rep. Mariannette Miller-Meeks also voted for the bill.

Big issues, to be sure. But so is protecting marriage equality from being tossed out by the Supreme Court, just like the constitutional right to abortion. Helping families can also mean stopping a radical court from ripping away their civil rights. Gas is pricey, but rights are priceless.

To use the term “settled law” after watching a 50-year-old abortion precedent overturned rings painfully, laughably hollow. There is no settled law when a high court pursuing a conservative agenda to remake the country is willing to mow down milestone precedents tied to the right to privacy. We’re talking about core values of what it means to be an American in 2022.

Justice Clarence Thomas wrote in a concurring opinion in the Dobbs abortion ruling that its rationale could be used to strike at marriage equality, contraception access and other similar precedents. It’s just one justice, Republicans retort. Yep, one justice who’s philosophy is now flowing through the conservative court majority’s ideological bloodstream.

“Settled law” is code for “Don’t worry, everything’s fine.” Things are not fine, and many Americans are worried. Republicans have been manufacturing outrage for so long over fake issues they’ve forgotten what the real stuff looks like.

So Democrats who run the U.S. House saw it necessary to act to protect those rights. If that’s just political theater, as Republicans charge, it’s a must-see production.

Speaking of theater, Hinson and Miller-Meeks voted against a bill that seeks to protect access to a wide array of contraceptives, outlawing states from putting restrictions on their sale and use.

Hinson and Miller-Meeks sought to paper over their misguided votes by sponsoring an amendment calling for the Department of Human Services to expedite approval of oral contraceptives for over-the-counter sale to adults. The narrow measure falls far short of the protections offered in the broader bill.


The contraceptive bill is likely to die in the Senate. But the marriage equality bill has a chance of passage, if some Republican senators get on board.


“The Supreme Court decided (same-sex marriage) is the law of the land. I don’t know of any challenges to the case,” Iowa Sen. Chuck Grassley told reporters on Wednesday. “That raises the question of whether or not the legislation is needed. And I support the Supreme Court decision, even if I had previously disagreed with it, because it’s the law of the land. And I take an oath of uphold the Constitution.”


Sounds a lot like “settled law.” This is a senator who has represented a state with legal same-sex marriages for 13 years. And none of the apocalyptic warnings of evangelical conservatives about the decline of civilization came to pass. But sure, take all the time you need, senator.


He’s also a senator who played a key role in bringing us this unsettling Supreme Court.


Sen. Joni Ernst is also undecided. “I have a good number of very close friends that are same-sex married,” Ernst told reporters, according to HuffPost’s Igor Bobic. 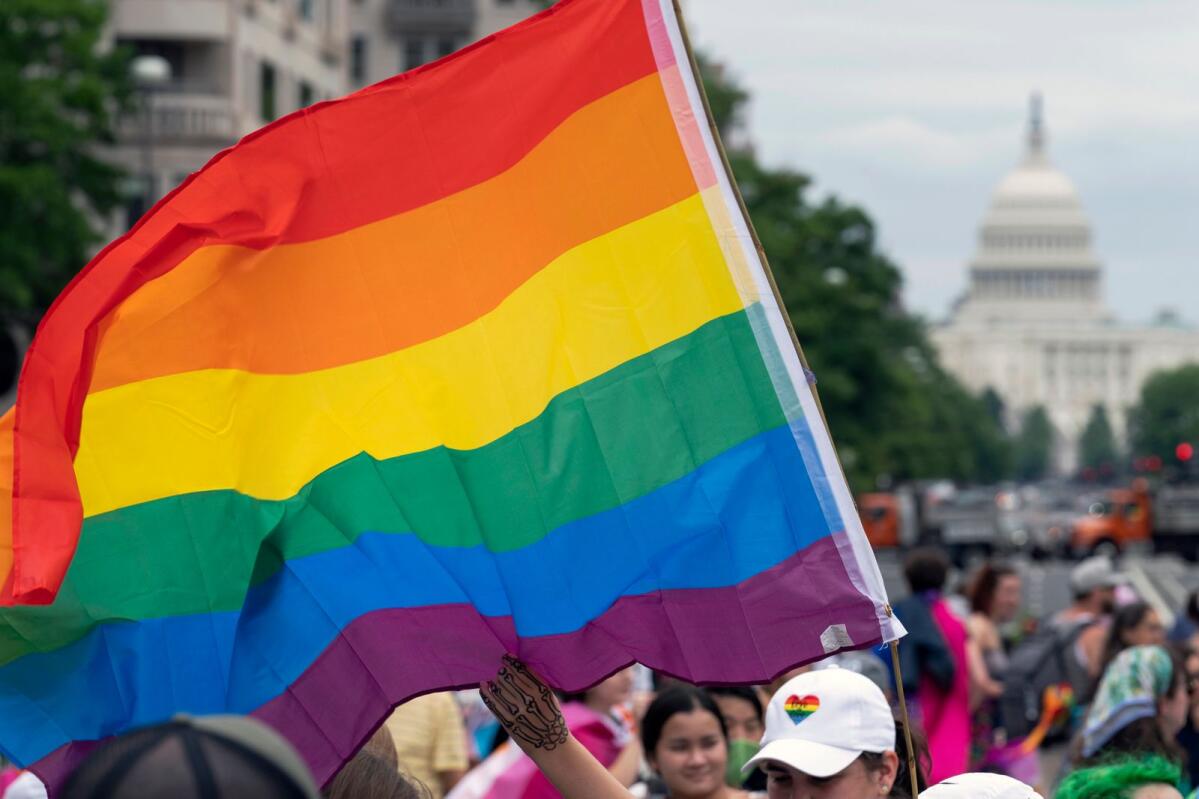 “Settled law” is code for “Don’t worry, everything’s fine.” Things are not fine, and many Americans are worried.

Off Topic Yesterday at 9:40 AM
Finance85