I'll make a separate standings/schedule thread when the games get going. Just general news in this one Projecting how we believe the 2022 NCAA Tournament field will look on Selection Monday.

Link: Perfect Game Top 25
Reactions: Hawkeyes4Life32, In the blood, SWIowahawks and 3 others

Preseason Player of the Year
3B - Max Anderson, Nebraska

Illinois
How the pitching staff comes together will dictate the success Illinois enjoys in 2022. There are quite a few young, second- and third-year arms that could take significant steps forward including righthanders Jack Crowder, Andrew Pogue, Clayton Johnson and Joe Glassey in addition to lefthanders Ryan O’Hara and Payton Hutchings. Scoring runs shouldn’t be a problem as the team goes two deep at nearly every position on the field and the top and middle of the order should be productive.

Indiana
After six Hoosiers came off the board in the draft last summer, Coach Mercer was tasked with replacing the entire rotation and seven of nine everyday starters on offense. Despite the exodus, an influx of battle tested transfers and an infusion of freshman talent still makes this one of the more talented rosters in the Big Ten. If the team can gel early in the season, the Hoosiers could once again compete for a Big Ten title.

Iowa
Iowa has been a competitive team every year that Rick Heller has served as its skipper and they may be fielding their best team since they last made the postseason in 2017. It was on the streaky side in 2021 when it came to both scoring runs and preventing them and they hope their strong group of reinforcements, along with the progression of some key second- and third-year players, will help lead to greater consistency in 2022.

Maryland
A regional team that hit their stride down the stretch last season, the Terps retained an appealing balance of arms and position players, once again making them postseason contenders this spring.

Michigan
Although they haven’t won the conference since 2008, the Wolverines have established themselves as a perennial contender for the Big Ten crown. This year’s roster blends an experienced pitching staff with a core of veteran position players capable of getting over the hump.

Michigan State
The Spartans welcome 14 new faces to the program, joining a core group of holdovers from last season. The entire infield returns, as do several outfielders who played key roles. Much of team’s success or failure will depend on how the pitching staff shakes out, but Boss is enthused about the depth on staff.

Minnesota
Minnesota is coming off its worst season in program history as its problems steamrolled during the 2021 season. The coaching staff challenged their returning players to come back better than ever and ready to compete as numerous new faces were brought in to help supplement the roster. There is no shortage of bounce-back candidates with the potential to have significantly better 2022 campaigns.

Nebraska
All signs point to positive momentum with the Nebraska baseball program as Coach Will Bolt looks to continue to captain the ship back to its glory years just after the turn of the millennium. There's athleticism and versatility in the everyday lineup and an impressive depth of pitching in addition to the arms already mentioned -- including Kyle Perry, Emmett Olson, Ethan Bradford and Koty Frank -- all of whom served meaningful roles last season. Continued improvement from some of their projected key players, much like they received during the 2021 season, will dictate the level of success Nebraska enjoys in 2022.

Northwestern
Head Coach Josh Reynolds opens year one at Northwestern with an intriguing team that could compete much like it did during the first half of the Big Ten slate a year ago before COVID derailed their season. Getting a small handful of productive players back is important, but ultimately their success will come down to the continued development of players such as O’Donnell, Bianchina, Dyke and Grable as well as shortstop Tony Livermore and outfielders Jay Beshears and Luke Tanner.

Ohio State
After making a regional in three of the past five seasons, the Buckeyes have proven to be one of the more consistently competitive programs in the Big Ten. The turnover in the rotation is a challenge, though not an insurmountable one given the depth on the pitching staff.

Penn State
The Nittany Lions return six position players from a group that finished third in the Big Ten in batting (.269) and first in doubles (93). While the pitching staff is peppered with talented but unproven arms, pitching coach Josh Newman has established a track record for developing young talent on the mound.

Purdue
There’s a lot of new names penciled in to play key roles for the 2022 Boilermakers. Catcher Pablo Lanzarote, second baseman CJ Valdez, third baseman Troy Viola, right fielder Sam Franco and DH Jake Jarvis could all be in the starting lineup with Washington and Toetz when the season kicks off, and none of them were with the program in 2021. Wendell, Wansing CJ Backer and Khal Stephen could all take on significant roles on the pitching staff. Considering the team went 16-26 a year ago, and lost some of their more productive players, it truly will be a wait-and-see approach when trying to predict Purdue’s success.

Rutgers
Coach Owens has this program trending in the right direction, and with six returning starters on the position player side, the Scarlet Knights will be a team to watch this spring. “Very solid body of work. I like the team, enjoyed going out there every day. There was good effort, good focus. A nice mix of returning players, freshmen and transfers. I was very pleased overall with what we showed, with our commitment level and the effort and energy that they brought to the field every day. I was pleased with how they interacted with each other. I was pleased with the minimal amount of issues that we had to deal with. That is always an important thing to be able to take care of yourself both on and off the field.”

Alum-Ni said:
I'll make a separate standings/schedule thread when the games get going. Just general news in this one

Projecting how we believe the 2022 NCAA Tournament field will look on Selection Monday. 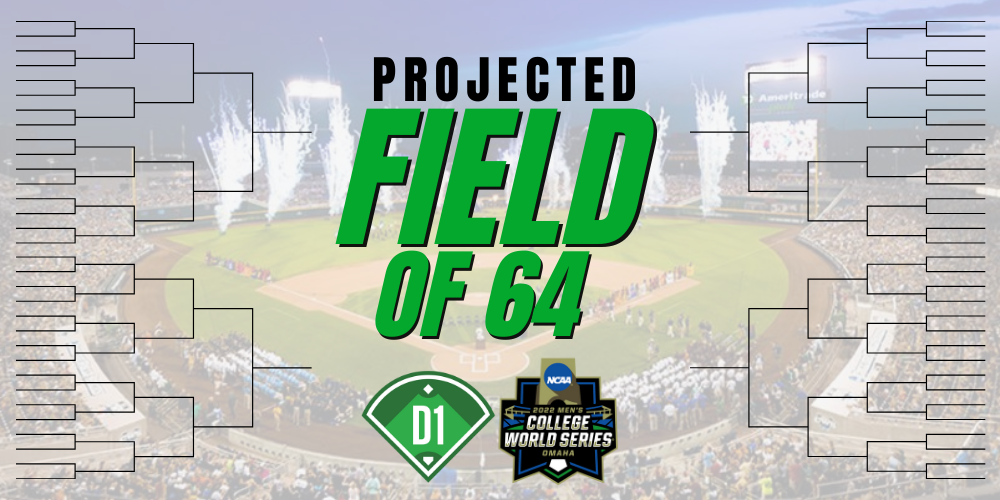 Texas headlines our postseason projections as we unveil the D1Baseball Preseason Field of 64.

Baton Rouge Regional
#1 LSU (9) vs. #4 Southeastern Louisiana
#2 Duke vs. #3 Oregon
You must log in or register to reply here.

The 2022 Football season: Who will surprise, and who will not?

Iowa Basketball Monday at 8:34 AM
Suterman