The purpose of this thread is to indicate what current players from the 2018 and 2019 classes still have eligibility remaining. The NCAA made changes to the redshirt rule prior to the 2018 season which allowed players to play in up to 4 games and still maintain redshirt status. Also, 2020 did not count toward eligibility because of Covid. So here is the list of players and their eligibility as I understand it:

Pretty much everyone from the 2 deeps this past year except for Moss. One has to wonder what players are going to take advantage of that because there are a lot of benefits from playing another year. First off, if you are not an NFL prospect then this will be the last time in your life to play major competitive football. Second, with NIL you can actually make some money and play. Third, you can maintain your scholarship and get another year of education for free.

One has to assume that Campbell and LaPorta are going to be drafted. After that maybe Merriweather is going to be a late-round pick.
Reactions: hawkdave007

According to this site: 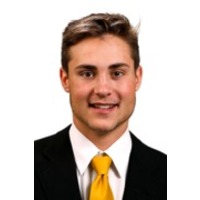 Moss only played in four games in 2019, while the "four game" redshirt rule was in effect. So does he actually have one year of eligibility left since 2020 was a covid year?

It may be a moot point if he's itching to go pro, but I'm wondering whether he could come back for one more year if he really wanted to.

Seth Benson is a guy I could see coming back.
Reactions: hawkhockey and chaneccooms
D

So Why Do You Think Hogan Came in?

Saturday at Kinnick is going to be FUN

Not Sure if there was a Senior Thread...but interesting list.