Russian-controlled regions of eastern and southern Ukraine announced plans Tuesday to start voting this week to become integral parts of Russia. The concerted and quickening Kremlin-backed efforts to swallow up four regions could set the stage for Moscow to escalate the war against Ukrainian forces successfully battling to wrest back territory.
The announcements of referendums starting Friday in the Donetsk, Luhansk, Kherson and partly Russian-controlled Zaporizhzhia regions came after a close ally of Russian President Vladimir Putin said votes were needed, as Moscow loses ground in the war that began nearly seven months ago.
Former President Dmitry Medvedev said folding regions into Russia itself would make redrawn frontiers "irreversible" and enable Moscow to use "any means" to defend them.

The votes, in territory Russia already controls, are expected with near-certainty to go Moscow's way but are unlikely to be recognized by Western governments backing Ukraine with military and other support. 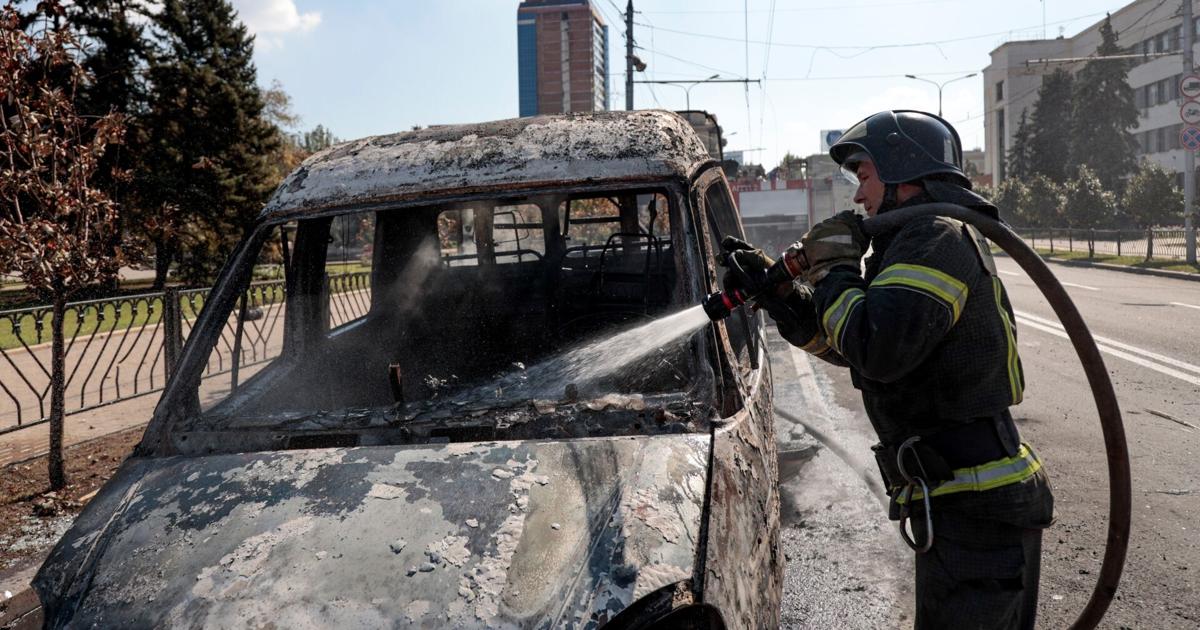 Separatist leaders of the Russia-controlled areas of Luhansk and Donetsk in Ukraine are planning votes for the territories to become part of Russia.

The other regions that Russian occupies, can they just vote to join Ukraine?
Reactions: mnole03 and cigaretteman

The scary thing here is that Putin can use these votes and his later annexation of them into Russia as an excuse to deploy nukes if and when the Ukranians attack to retake the territory.
Reactions: mnole03

Hoosierhawkeye said:
The scary thing here is that Putin can use these votes and his later annexation of them into Russia as an excuse to deploy nukes if and when the Ukranians attack to retake the territory.
Click to expand...

That’s solely what this is about. It’s an excuse to escalate.

People in Kherson can’t even move freely the men have been illegally conscripted.
You must log in or register to reply here.

Opinion Sorry, Elon Musk. You don’t have the formula to end the Ukraine war.