4 Years After an Execution, a Different Man’s DNA Is Found on the Murder Weapon

For 22 years, Ledell Lee maintained that he had been wrongly convicted of murder.
“My dying words will always be, as it has been, ‘I am an innocent man,’” he told the BBC in an interview published on April 19, 2017 — the day before officials in Arkansas administered the lethal injection.
Four years later, lawyers affiliated with the Innocence Project and the American Civil Liberties Union say DNA testing has revealed that genetic material on the murder weapon — which was never previously tested — in fact belongs to another man. In a highly unusual development for a case in which a person has already been convicted and executed, the new genetic profile has been uploaded to a national criminal database in an attempt to identify the mystery man.
Patricia Young, Mr. Lee’s sister, has been fighting for years to prove that it was not her brother who strangled and fatally bludgeoned the 26-year-old Debra Reese in Jacksonville, Ark., a suburb of Little Rock, in 1993.
“We are glad there is new evidence in the national DNA database and remain hopeful that there will be further information uncovered in the future,” Ms. Young said in a statement last week. In response to a lawsuit filed by Ms. Young in January, Jacksonville city officials released the bloody wooden club recovered from the victim’s bedroom, a bloody white shirt wrapped around the club and several other pieces of evidence for testing.
Advertisement
Continue reading the main story


The Innocence Project and the A.C.L.U. have pushed for additional DNA testing at previous times, including the eve of Mr. Lee’s execution. The request was denied. A federal judge rejected Mr. Lee’s request for a stay of the execution, saying that he had “simply delayed too long,” according to a complaint filed by Ms. Young.


Mr. Lee’s execution, on April 20, 2017, was the first in Arkansas in more than a decade. Some accused the state of rushing Mr. Lee and several other prisoners to their deaths that month before the expiration of its supply of a lethal injection drug.
At a news conference on Tuesday, Gov. Asa Hutchinson defended Mr. Lee’s execution. “It’s my duty to carry out the law,” he said, adding that “the fact is that the jury found him guilty based upon the information that they had.” He called the new DNA evidence that has emerged “inconclusive.”
In a statement, lawyers from the A.C.L.U. and the Innocence Project were cautious about stating what, exactly, could be extrapolated from the newly tested DNA from the shirt and the murder weapon — beyond the facts that both samples appeared to belong to the same man and that that man was not Mr. Lee.
Advertisement
Continue reading the main story


“While the results obtained 29 years after the evidence was collected proved to be incomplete and partial, it is notable that there are now new DNA profiles that were not available during the trial or post-conviction proceedings in Mr. Lee’s case,” Nina Morrison, senior litigation counsel at the Innocence Project, said in the statement, which The Washington Post reported on Tuesday.
Uploading this newly generated profile to a national criminal database maintained by the F.B.I. has not yet provided a “hit,” she said. That means that the mystery man’s DNA does not match any of the DNA profiles that are already in the database, taken from people who were convicted or arrested on suspicion of violent crimes.
“However, the DNA profile will now remain in the database and will be automatically compared to all new profiles from convicted persons, arrestees or unsolved crimes that are entered in the future,” lawyers for the A.C.L.U., the Innocence Project and Ms. Young said in a joint statement.
According to the Innocence Project, no physical evidence was ever produced that connected Mr. Lee to Ms. Reese’s murder. In a summary of the case, the group also outlined obstacles that Mr. Lee had faced over the years, including a lawyer who was drunk and unprepared at court hearings, unreliable neighborhood eyewitnesses and conflicts of interest for key players.
Mr. Lee’s first trial resulted in a hung jury. His second murder trial began on Oct. 10, 1995, just seven days after O.J. Simpson had been acquitted of the murders of Nicole Brown Simpson and Ronald Goldman.
“Mr. Lee, a Black man charged with the vicious beating and murder of a white woman in her home, was tried under the shadow of the O.J. Simpson prosecution and trial,” Ms. Young argued in her January lawsuit. “The Simpson verdict shocked and angered many white Americans and polarized the nation along racial lines. It’s difficult to imagine that any jury could be truly objective in considering the evidence against Mr. Lee at that particular moment in time.”

Leslie Rutledge, the Arkansas attorney general, said on Thursday that she was not swayed by the new developments.
Advertisement
Continue reading the main story


“The courts consistently rejected Ledell Lee’s frivolous claims because the evidence demonstrated beyond any shadow of a doubt that he murdered Debra Reese by beating her to death inside her home with a tire thumper,” she said in a statement, adding, “I am prayerful that Debra’s family has had closure following his lawful execution in 2017.”
Along with providing new DNA results, Ms. Young’s petition pushed the city of Jacksonville to compare fingerprints from the crime scene to a state and national fingerprint database for the first time. It has long been established that Mr. Lee’s fingerprints did not match any of those at the scene.
The resulting search against the national database did not provide a match, according to the Innocence Project and the A.C.L.U., but the Arkansas State Crime Laboratory has not yet searched the state database. If that search happens and a fingerprint match emerges, then the lawyers will push to compare that person’s DNA to the mystery man’s, they said. 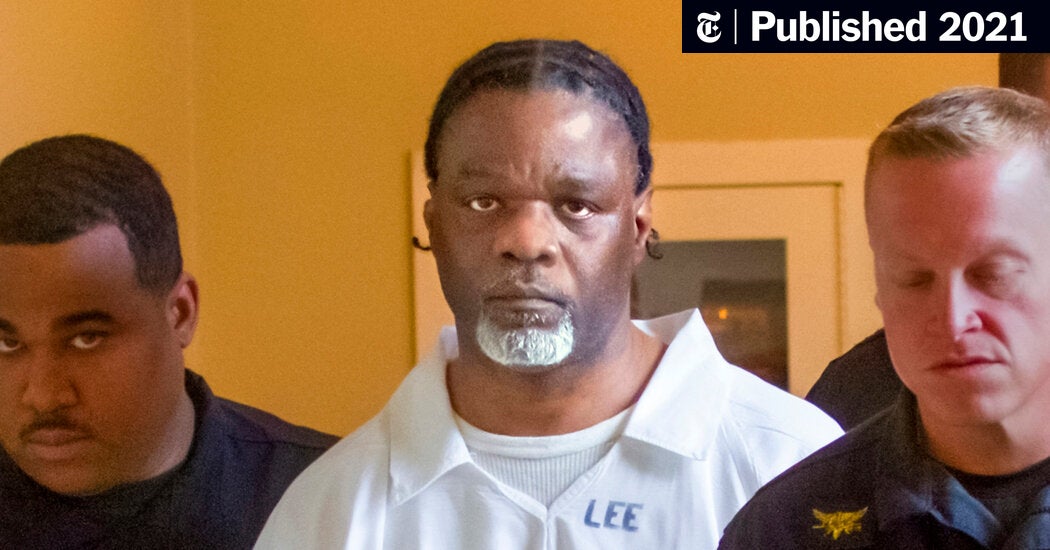 4 Years After an Execution, a Different Man’s DNA Is Found on the Murder Weapon (Published 2021)

Lawyers’ request to conduct additional DNA testing before Ledell Lee was executed had been denied.

Unless it's on a security camera or the person admits to the murder, I'm not a proponent of the death penalty.
Reactions: Gimmered, PoopandBoogers and Finance85

Really hope this portion isn't accurate, but it is Arkansas...

"Some accused the state of rushing Mr. Lee and several other prisoners to their deaths that month before the expiration of its supply of a lethal injection drug"
Reactions: cigaretteman

I'm pretty open about being all for vastly expanded use of the death penalty to cover lots of different heinous crimes that should disqualify the criminals from remaining on this planet. That said, I agree. There are a lot of instances where guilt is not at all in questions. You're caught committing the crime, tons of people see you do it - including on camera, any time it's indisputable. But in a case where evidence is circumstantial, the guilt isn't as clear-cut, and there's even a remote chance of something new and exculpatory coming out later on, then I don't think it should be the option.
Reactions: BlackNGoldBleeder and goldmom

How the hell do you sentence someone to die with so little evidence? And how do you defend those actions in light of the new information? JFC.
Reactions: Titus Andronicus, mattymoknows and NDallasRuss

Even admissions can be suspect. There are too many interrogation videos where people admit to stuff just to end the interrogation.

I'm pretty much a "caught in the act my multiple bystanders", or someone who does the admission right up front without being under any duress.

The denial by the federal judge is curious. How can it ever be too late to look at new evidence when someone is about to die?
Reactions: Titus Andronicus, mattymoknows, BelemNole and 1 other person
A

The reality for Black Americans...being wrongfully convicted and murdered while being innocent

My next charitable donation will be to the Innocence Project. I don't know much about them other than a few articles over the yrs, but damn, they do some good work for people when no one else will or can. Much respect.
Reactions: cigaretteman, mattymoknows, CarolinaHawkeye and 2 others

State of Arkansas murdered a man

BelemNole said:
How the hell do you sentence someone to die with so little evidence? And how do you defend those actions in light of the new information? JFC.
Click to expand...

State of Arkansas murdered a man

A lot of people don't open all your threads.
Reactions: hawkeye54545

Finance85 said:
A lot of people don't open any of your threads.
Click to expand...

Beyond reasonable doubt should never be enough to execute. Beyond a shadow of doubt, maybe.
Reactions: goldmom and Finance85
You must log in or register to reply here.

What if the government paid people for DNA samples?