A missing woman was found dead in her septic tank, officials say. Her longtime handyman was charged with murder.

A detective with the Martin County Sheriff’s Office in Florida had just finished searching a missing woman’s home on Friday when he noticed something amiss with the green septic tank in the backyard. The bolts on the cover were loose, and dirt had been cleared away, according to the sheriff.
“He just [knelt] down, undid that riser, pulled it back and unfortunately … he did discover the body of our victim,” Sheriff William Snyder said at a Saturday news conference.
The discovery ended a days-long search for the victim, identified by authorities as 57-year-old Cynthia Cole. She was last seen at an event on Feb. 24 and was reported missing on March 1 by a friend, according to court records.
Hours after the discovery, law enforcement officials arrested Keoki Demich, a 34-year-old handyman who had worked for Cole for several years. He was charged with second-degree murder.
ADVERTISING
The public defender’s office, which is representing Demich, did not immediately respond to The Washington Post’s request for comment late Monday.
Cole’s friends grew suspicious when they hadn’t heard from her for several days, the report says. Cole was a creature of habit, they told investigators. She posted daily sunset pictures on her social media accounts, stayed in regular contact with her friends and never missed an event or appointment, court documents say.
But in the days following Feb. 24, the last time her friends saw her, something was off — Cole’s car hadn’t been in front of her home for days, she didn’t show up to a party on Feb. 25 or a subsequent doctor’s appointment, and she wasn’t responding to texts and phone calls, the sheriff said.
Cynthia Cole, 57, was last seen on Feb. 24. A week later, police in Martin County, Fla., found her body in a septic tank in her backyard. (Martin County Sheriff's Office)
LouAnn Linekin, Cole’s friend, alerted the sheriff’s office that Cole was missing and told deputies that Cole did not have any psychological issues or substance abuse problems and wasn’t depressed or suicidal, the report says. She later told detectives that Cole is “not one to disappear,” according to investigators.
Deputies went to Cole’s house that same day and returned the next, the affidavit says. Her car was not in the driveway, but deputies found her purse inside the house with her driver’s license inside.
“The victim was not in the home and it appeared she had not been home for some time,” the arrest affidavit says.
Linekin pointed law enforcement to Demich, Cole’s handyman, according to the report. Demich allegedly told Linekin that Cole was supposed to pick him up on Feb. 26, but she never showed up.
Cellphone records showed that Cole sent Demich a text around 2:40 a.m. on Feb. 25 saying, “Hey key, sent you some money to finish the house off I’ll call you Saturday morning when I’m on my way.” Location data also showed Cole was at her home late on Feb. 24 and early the next day, the report says.
Detectives spoke with Demich on March 2, and he agreed to hand over his phone, according to the affidavit. Investigators said they found a $567.75 money transfer from Cole to Demich on Cash App at 3:46 a.m. on Feb. 25. But the text from Cole was not on his phone, “possibly indicating the text message had been deleted from the phone,” the affidavit says.
During questioning, Demich told detectives that he often did work at Cole’s house on the weekends and that she paid him in cash — never via an app. He said the last time he saw her was on Feb. 22, when he was at her house inspecting her air conditioner, the report says.
When detectives asked him about the missing text message, Demich allegedly claimed he lost his phone at a gas station on Feb. 24, adding that when he replaced it, his new phone did not show the texts he missed in the interim. But he later changed his story, according to the affidavit, saying that he lost his phone while riding his bike on Feb. 25.
“He admitted to lying about the phone and he stated he lies often,” the report says.
Demich soon became the top suspect, Snyder, the sheriff, said at the news conference.
“We got so suspicious we began doing almost around-the-clock surveillance,” he said.
On March 4, investigators found Cole’s car in a parking lot in Stuart, Fla., walking distance from Demich’s home, Snyder said. Surveillance footage showed a man matching “Demich’s general physical description walking multiple times towards and away from the area where the victim’s vehicle was located” in the early morning of Feb. 25, the affidavit says.
A subpoena for Demich’s Lyft account also showed that he ordered a car to Cole’s home around 7 p.m. on Feb. 24, the day she was last reported seen, according to the report.
After finding the car, detectives returned to Cole’s house to do another search and found the body of an undressed White woman in the septic tank, the affidavit says.
“To see a human being in a septic system, it’s pretty jarring,” Snyder said.
An autopsy report is underway to confirm the identity of the body, but Snyder said he is certain it is Cole.
After finding the body, detectives called Demich back to the station, where they questioned him again. He admitted to going to Cole’s house the night she disappeared and said he had driven her car to the parking lot, the affidavit says.
Investigators were at the crime scene all night Friday and into the early hours of Saturday, Snyder said. The sheriff noted that the excavation was difficult and time-consuming.
“It was probably as challenging a crime scene as I’ve seen,” Snyder said. “I’ve been doing this 40-plus years. I’ve never seen anything like it.”

But he has a good defense, lol: "He admitted to lying about the phone and he stated he lies often,” the report says.
Reactions: cigaretteman

I thought maybe this was an update about @jasonrann ’s neighbor.
Reactions: cigaretteman

Thank you. It's all grayed out for me. 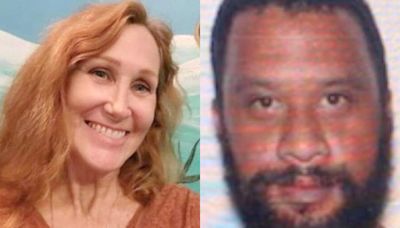 Just had my septic pumped last summer. 450 bucks and they found no large chunks…
Reactions: lucas80

Is this the non gator part of Florida? Seems like ditching a body in Florida would be easy with all the swamps and gators and s***.
You must log in or register to reply here.

A reporter went to cover an execution. She was told her skirt was too short.