Breaking through the monthslong Russian blockade of Ukraine’s Black Sea ports, a ship loaded with corn became the first to sail out since the invasion Monday, raising hopes that desperately needed grain will soon reach destinations in the Middle East and Africa and ease a global food crisis.

The ship, the Razoni, which had been stuck at the port of Odesa since Feb. 18, was manned mostly by Syrian seamen and led out of the mined waters by an Odesa port authority tug boat on the high-risk and closely-watched mission. Ukraine has mined the waters off its Black Sea ports to forestall any attempt by Moscow to launch an amphibious assault on Odesa. A rescue ship followed and Russia’s Navy, which controls the Black Sea, granted safe passage.

The Razoni was carrying 26,000 tons of corn, the United Nations said, and was due to stop in Turkish waters for inspection on Tuesday before continuing on to the port of Tripoli in Lebanon.

If the Razoni’s voyage goes smoothly, it will mark an important first step for the export of roughly 20 million tons of grain that have been stuck in Ukrainian silos. A United Nations and Turkey led agreement with Ukraine and Russia to allow for the export was signed in Istanbul in July following months of talks aimed at alleviating a food crisis exacerbated by President Vladimir V. Putin of Russia’s invasion of Ukraine in February.

Russia’s blockade of grain in Ukraine, one of the world’s breadbaskets, sent global grain prices soaring and brought the threat of famine to tens of millions of people, particularly in the Middle East and Africa.

Russia, whose exports have been hit by sanctions, and Ukraine supply more than a quarter of the world’s wheat, and Russia is a major supplier of fertilizer. Ukraine is also a leading exporter of barley, corn and sunflower. A parallel agreement to the one that opens up Ukraine’s ports for exports will also enable Russia to export grain and fertilizer, further easing the immense pressure on markets and farmers, especially in the developing world.

If successful, the deal to export grain could have significant economic consequences for Ukraine, as well as for international markets. Ukraine’s agriculture minister, Mykola Solskyi, said last week that there was $10 billion worth of grain stored in Ukraine and that the incoming harvest would add a further $20 billion to that amount.

Since the war began, the European Union and other Western countries have explored overland or river routes for the country’s grain through friendly neighbors, but such alternatives have proved to be more costly, slower and less effective.

António Guterres, the U.N. secretary general, welcomed the Razoni’s departure on Monday and said in a statement that he hoped it was “the first of many commercial ships moving in accordance with the initiative signed, and that this will bring much-needed stability and relief to global food security especially in the most fragile humanitarian contexts.”

The agreement was cast into uncertainty a day after it was signed, when Russia launched a missile attack on the port of Odesa. But progress on establishing shipping routes and inspection protocols continued without interruption. 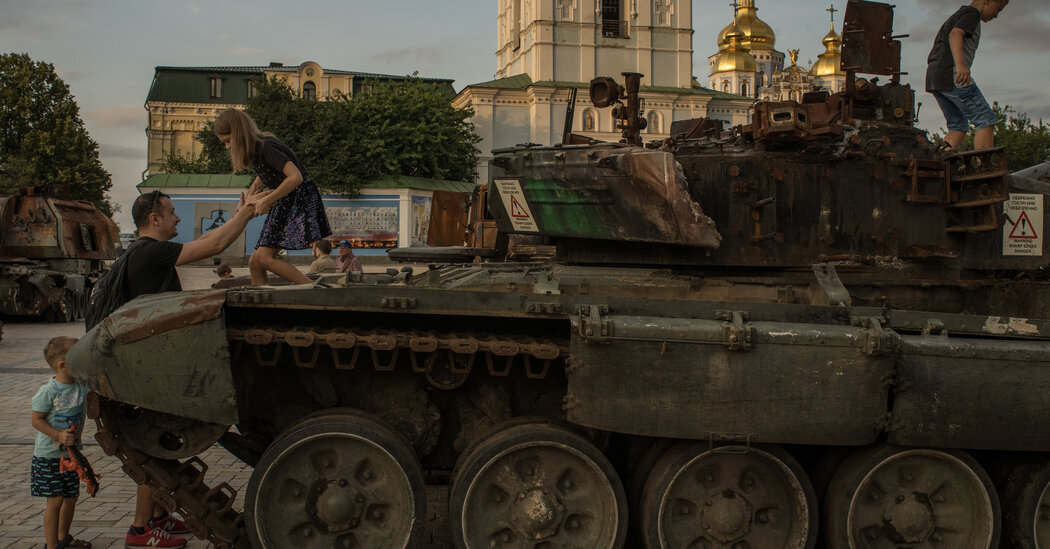 A Ukrainian official said 16 more ships were waiting to depart with grain, but experts warned that even if the deal with Russia that opened Ukraine’s ports holds, the global food crisis will persist.

Which sucks for me. I was hoping to short December Corn this week on a hot/dry rally. Now I have to rethink it.

But, I am seriously happy for Ukraine and the rest of the hungry world that needs their grain.
Reactions: cigaretteman
You must log in or register to reply here.