A Tenn. woman went missing nearly three decades ago. Authorities now say a head found in another state was hers. 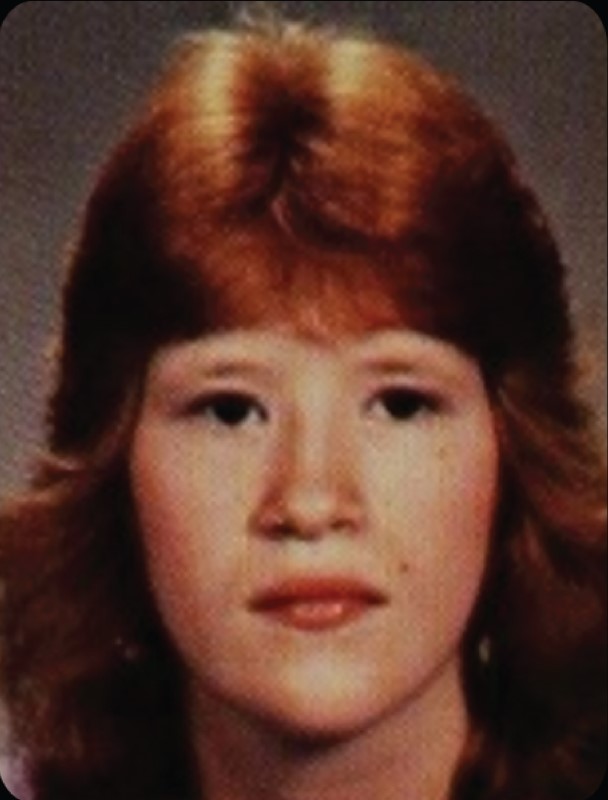 Susan Lund, a 25-year-old mother of three, was last seen on Christmas Eve in 1992 when she stepped out of her home in Clarksville, Tenn., to go to the grocery store. She never made it back. For several months, an intense search ensued, but she was not found.

About a month after Lund went missing, two girls, ages 10 and 12, were running through Wayne Fitzgerrell State Park in southern Illinois, about a three-hour drive northwest of Lund’s home, when they came across a human head, the Associated Press reported at the time. Sitting near the roadway, it “was not badly decomposed,” the news agency wrote at the time.
Authorities could tell the victim had long, reddish hair and a pin-shaped mole in her left ear, according to a January news release by the Jefferson County Sheriff’s Office in Illinois. She had a silver dental filling and at some point may have worn braces. They estimated her age to be between 30 and 50, and said she had probably died only two or three days before the girls discovered her head.


Despite the clues, police could not identify the victim, whom they named “Ina Jane Doe.” For nearly three decades, both Lund’s case and the case of the disembodied head went unsolved.

Now, following an investigation that used new forensic technology, police confirmed the head was Lund’s. “The sheriff’s office extends its sincerest condolences to the family of Susan Lund,” Jefferson County Sheriff Jeff Bullard Sr. said at a news conference Friday as he announced the discovery.
He stressed that investigators have yet to determine who killed her. Now, “our mission is still to find the truth about what happened to Susan,” Bullard said, adding that his department will follow “every lead.”

Pamela Reyes, one of Lund’s sisters, told the Southern Illinoisan that Lund’s children are somewhat relieved by the news.


“They just really want people to know that they’re grateful to find out that they weren’t abandoned by their mother. She didn’t leave her kids, not willingly. For her six-year-old, her only son, it was really important for him to come to grips that his mom didn’t abandon him.”
As with many recent cold-case breakthroughs, the sheriff’s office received help from the work of genetic genealogists. Early last year, samples from the remains discovered in Wayne Fitzgerrell State Park were sent to a lab in Santa Cruz, Calif., which built a DNA profile that could be used for a genealogical investigation, according to a news release by Redgrave Research Forensic Services, a forensic genealogy company.
A 14-year-old girl’s murder went unsolved for 32 years. A lab broke the case using just 15 human cells.
Last month, researchers with Redgrave uploaded that profile to an online genealogical database called GEDmatch. Within a day, the researchers narrowed down the possible DNA matches to a woman who had been reported missing in 1992: Lund. Police then obtained a DNA sample from one of Lund’s family members.

In early March, after researchers compared the family member’s DNA profile to Lund’s, scientists confirmed the head was Lund’s.
“My team was honored to be brought in as part of the collaboration to identify this woman, and had Susan’s family in mind long before we discovered her name,” Anthony Redgrave, co-founder of Redgrave Research Forensic Services, said in a statement.
A young girl’s murder went unsolved for nearly 58 years. A 20-year-old college student helped crack the case.
Lund’s identification was also made easier with the help of Amy Michael, an assistant professor of anthropology at the University of New Hampshire. Around the same time the DNA from the head was being profiled, Michael used “updated forensic methods” to analyze the skeletal remains to determine the victim’s age, sex and ancestry, Michael said at Friday’s news conference.

Calling the case “a reopened homicide investigation,” Bullard said the identification only means his office’s work has begun. “We look forward to any and all leads that this generates,” he said.
Reyes, Lund’s sister, said the news confirmed what her family had long suspected.
“She has three children, so it was hard to believe some of the stories that said she ran away,” Reyes told WTVF. “We always believed that something had happened to her.”

I'm not sure if this is the same DNA research firm, but I hope the death of Laura Van Wyhe, as mentioned in the Bonaparte podcast threads is resolved by their work.
It's astounding the number of missing and murdered people that go unsolved in the US.
Reactions: cigaretteman

Crappy original police work? Could they not have checked for missing person cases involving red heads?
You must log in or register to reply here.

Texas authorities: Teacher did not leave door propped open before shooter entered school; door was closed, did not lock