Adam Sullivan: A disappointing ‘year of freedom’ in the Iowa Legislature

The Iowa Legislature finally adjourned this week, about three weeks after the usual target for ending the session.

It has been a smashing success, according to majority Republicans and Gov. Kim Reynolds. House GOP Leader Matt Windschitl said it was “the year of freedom for Iowans,” Iowa Capitol Dispatch reported late Wednesday night.

It will be easier for Iowans to buy handguns after the new “constitutional carry” law takes effect this summer. It also will be easier to get alcohol delivered to your home, and we will be able to buy booze before 8 a.m. on Sunday.

Parents will be able to teach driver’s education to their own kids. They’ll get some limited school choice with the expansion of charter schools.

And Iowans got relief from some COVID-19 restrictions, including through a late-night signing ceremony that threw out local school districts’ mask mandates.

“I am proud to be a governor of a state that values personal responsibility and individual liberties,” Reynolds said of the law allowing school children to not wear masks.

Those all seem like fine freedoms to me, but they are a little underwhelming. The year of freedom? That’s hardly enough freedom to get me through the month.

Lawmakers meanwhile spent considerable time this session chipping away at Iowans’ other freedoms. Some of their worst ideas failed to gain traction, but plenty of bad ones made it through.

Sure, they won’t dictate your lifestyle choices, as long as you make the right ones.
Click to expand...


In their last week of business, legislators finalized a proposed amendment that would effectively erase abortion rights from the state constitution, setting up Iowa to have the nation’s most extreme restrictions on reproductive rights. Under Iowa’s amendment process, the language will have to be approved by lawmakers again in 2023 or 2024 and then sent to a statewide referendum, which would require a simple majority vote.

Also passed in the legislative overtime period was a bill to ramp up criminal charges against dissidents and enshrine unnecessary protections for government agents. The “back the blue” legislation allows harsher penalties when the government determines a protest is actually a riot. It gives police special legal cover when they commit misconduct.

Statehouse Republicans pursued censorship in the name of free speech. Public institutions such as schools will be forbidden from offering certain kinds of diversity and inclusion programs, which some of my fellow conservatives call “indoctrination.”

And the Legislature this year made it harder for Iowans to exercise our voting rights. Following record-high turnout in last year’s general election — buoyed by easy access to early voting — the state passed a new law to limit early voting days, shorten polling hours on Election Day and restrict the use of ballot drop boxes.

On their last day in Des Moines, nearly every House Republican signed on to a resolution decrying federal intervention in the livestock industry. They didn’t have time to act on it, but it gives us insight to what members of the majority party were thinking in the final hours of the session.

“The House of Representatives opposes government micromanagement of the private lives of Iowans through government-approved and controlled policies that dictate lifestyle choices,” the resolution reads in part.

Really, though, Iowa lawmakers love micromanaging our lives — at the doctor’s office, in the town square, in the classroom. Sure, they won’t dictate your lifestyle choices, as long as you make the right ones. 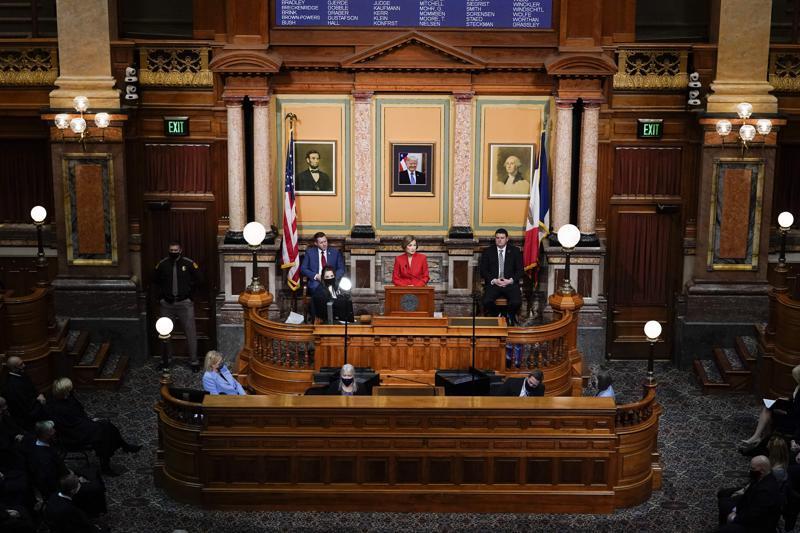 A disappointing ‘year of freedom’ in the Iowa Legislature

Iowans can have guns, liquor delivery and a little school choice, as a treat