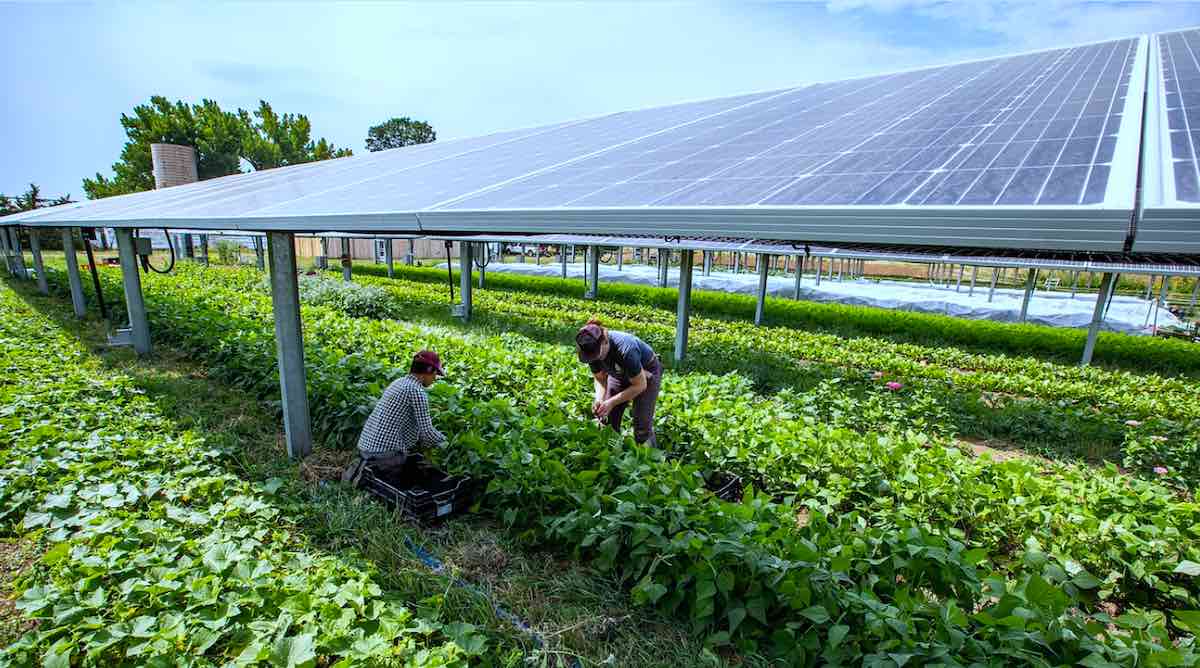 Agrivoltaics, growing crops under solar panels, increases the production of both, and Jack's Solar Garden farm is showing how it's done.

“Agrivoltaics is a field of study that’s blooming with knowledge: how to combine the harvesting of agriculture with solar energy in a way that augments the performance of both.

Exciting researchers, farmers, and solar businesses, alike, is the fact that when planting crops under solar panel arrays, the plants grow better and need less watering, while the panels produce more electricity.

In Boulder, Colorado, visit Jack’s Solar Gardenand you will likely see a man driving a tractor under rows of solar panels, with people tending, harvesting, or sowing in the nearby furrows. Jack’s represents a dozen such projects in the US—some commercial and some only for research.

Now finished, the electricity Kominek’s farm generates is enough to power 300 private homes, 50 of which are now his energy clients—including the city, and the county. Underneath there are tomatoes, turnips, carrots, squash, beets, lettuce, kale, chard, and peppers.

This success wasn’t obvious, and it required a major leap of faith to reap the rewards.

“We had to put up our farm as collateral as well as the solar array as collateral to the bank,” he told. “If this doesn’t work, we lose the farm.”

In the last 8 years, agrivoltaic (or agrophotovoltaic) farms have grown in size from 5MW to 2.9GW, and research from the National Renewable Energy Laboratory estimate that if just 1 million acres of farmland was covered in solar panels, the nation would meet its renewable energy goals.

Study finds 100% renewables would pay off within 6 years