Conspiracy theorist Alex Jones was in Omaha visiting family Thursday, roughly a week after a jury ordered him to pay a total of $49.3 million to the family of a boy killed in the Sandy Hook massacre.
Mary LaVelle said she was visiting Omaha when she heard that Jones was in town and decided to confront him at the Cottonwood Hotel in the Blackstone District to hear what he had to say following the trial and verdict.
Cottonwood staff would not confirm if Jones or his wife Erika Wulff Jones were guests at the hotel Thursday.

LaVelle said she pretended to be a journalist during her 10-minute conversation with Jones. She said he was “willing and able to talk about everything.”

“He’s such a creature of bad things that I just saw him there and thought, ‘Well, I’m gonna interview him,'" she said.

In a video LaVelle provided to The World-Herald, Jones said he was in Omaha with his wife visiting family and that he has been to Omaha “many times.”


In the video, LaVelle can be heard asking Jones how he was feeling following the verdict in the trial.
Last week, a jury in Texas ordered Jones to pay the parents of a 6-year-old boy killed at Sandy Hook a total of $49.3 million in damages, though he likely won't be required to pay that amount due to limitations established in Texas law.
He also has been found liable in two other defamation suits brought by relatives of other Sandy Hook victims. Trials for damages were scheduled to begin in both cases next month, but their progress has been complicated by a recent bankruptcy filing by one of Jones' companies.

Speaking in the video, Jones echoed claims that he made during is testimony in court. His focus on Sandy Hook "was a very small part of what I did" but the news media "misrepresented and made it a huge part of who I was," Jones said in the video.

"I did make mistakes and so I've owned up to that," Jones acknowledged at one point in the video. Later, he said he has "the right to question things if I want."

When LaVelle saw one of Jones' children running around, she asked whether the child was a paid actor, an accusation Jones directed at the children who were killed at Sandy Hook.
At one point in the video, Jones tells LaVelle he hopes she puts the video online. When LaVelle asked if she should post it, Jones responded, "You should, absolutely. Feel free to." 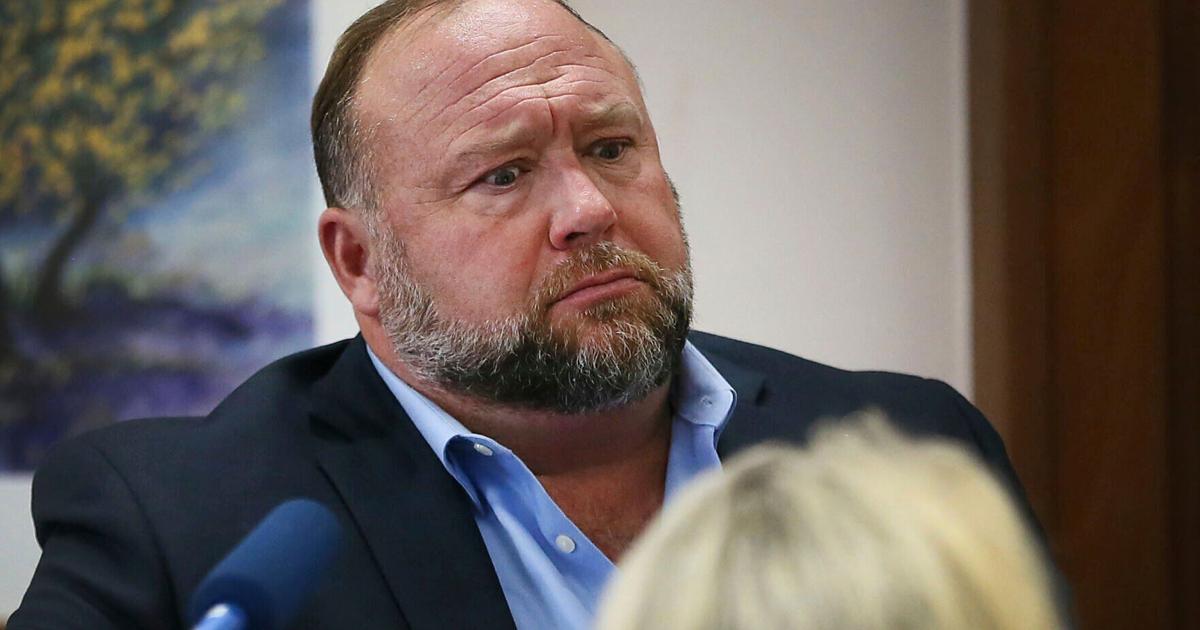 A woman spotted Alex Jones at the Cottonwood Hotel in Blackstone and decided to record her conversation with him, she said.

Good Lord, he has reproduced?

lucas80 said:
Good Lord, he has reproduced?
Click to expand...

Imagine having children and still making up lies that other childrens deaths were a hoax
Reactions: VodkaSam and 3boysmom
You must log in or register to reply here.

Alex Jones is headed to trial this week.