In 2016, when The New York Times’s pollsters asked Americans whether they planned to vote for Hillary Clinton or Donald Trump, more than 10 percent said they would not support either one. They said that they would instead vote for a third-party candidate or not vote at all.
Four years later, the situation was different. Joe Biden was a more popular nominee than Clinton had been, while some of Trump’s skeptics had come around to supporting him. Less than 5 percent of voters told pollsters that they didn’t plan to vote for either major party nominee.
Advertisement
Continue reading the main story


This morning, The Times is releasing its first poll of the 2022 midterm campaign. And one of the main messages is that Americans again seem to be as dissatisfied with the leading candidates as they were in 2016. “This felt like a poll from 2016, not from 2020,” Nate Cohn, The Times’s chief political analyst, told me.


Voters on the Direction of the Country​

Do you think the United States is on the right track, or is it headed in the wrong direction?

Note: Polls prior to 2020 are Times/CBS surveys of U.S. adults, with the wording “Do you feel things in this country are generally going in the right direction or do you feel things have pretty seriously gotten off on the wrong track?”

Based on a New York Times/Siena College poll of 849 registered voters in the United States from July 5-7, 2022.
By Marco Hernandez
The poll included a question about whether people would vote for Biden or Trump in 2024 if the two ended up being the nominees again. The question did not present any options other than Biden and Trump — yet 10 percent of respondents volunteered that they did not plan to support either one. The share was even higher among voters under 35 and lower among older voters.

This level of dissatisfaction is a reflection of the huge, dueling weaknesses of the two parties.
The Democratic Party has two core problems. First, Biden’s job approval rating is only 33 percent (similar to Trump’s worst ratings during his presidency), partly because of frustration over inflation and the continuing disruptions to daily life stemming from the pandemic. Second, Democrats’ priorities appear out of step with those of most Americans.
Congressional Democrats have spent much of the past year bickering, with a small number of moderates blocking legislation that would reduce drug prices, address climate change and take other popular steps. Many Democrats — both politicians and voters, especially on the party’s left flank — also seem more focused on divisive cultural issues than on most Americans’ everyday concerns, like inflation.
“The left has a set of priorities that is just different from the rest of the country’s,” Nate said. “Liberals care more about abortion and guns than about the economy. Conservative concerns are much more in line with the rest of the country.”

On the other hand, Nate points out, “Republicans have serious problems of their own.”
Trump remains the party’s dominant figure — and he is roughly as unpopular as Biden. The two men’s personal favorability ratings are identical in the Times poll: 39 percent. Many voters, including independents and a noticeable minority of Republicans, are offended by the events of Jan. 6 and Trump’s role in them.

Republicans also face some vulnerabilities from the recent Supreme Court decisions. The court has issued aggressive rulings, including overturning Roe v. Wade, that take policy to the right of public opinion on some of the same issues where many Democrats are to the left of it.

All of this leads to a remarkable combination of findings from the poll. Biden looks like the weakest incumbent president in decades; 61 percent of Democrats said they hoped somebody else would be the party’s 2024 nominee, with most of them citing either Biden’s age or performance. Yet, when all voters were asked to choose between Biden and Trump in a hypothetical matchup, Biden nonetheless held a small lead over Trump, 44 percent to 41 percent.


Democrats’ Reasons for a Different Candidate​

What’s the most important reason you would prefer someone other than Joe Biden to be the Democratic Party’s 2024 presidential nominee?

Asked of 191 respondents who said they planned to vote in the 2024 Democratic primary and who preferred a candidate other than Joe Biden in a New York Times/Siena College poll from July 5-7, 2022.
By The New York Times
Other polls — by YouGov and Harris, for example — suggest Biden would fare better against Trump than Vice President Kamala Harris would. These comparisons are a reminder that Biden won the nomination in 2020 for a reason: He is one of the few nationally prominent Democrats who doesn’t seem too liberal to many swing voters. Biden, in short, is a wounded incumbent in a party without obviously stronger alternatives.
There is still a long time between now and the 2024 election, of course. Perhaps Biden’s standing will improve, or another Democrat — one who wins a tough race this year, for instance, like Stacey Abrams or Senator Raphael Warnock in Georgia — will emerge as a possibility. Perhaps Ron DeSantis, Mike Pence or another Republican will defeat Trump for the nomination. Perhaps Biden or Trump (or both) will choose not to run.
The level of voter dissatisfaction also raises the possibility that a third-party candidate could attract enough support to influence the outcome, Nate adds.
Advertisement
Continue reading the main story


For now, though, each party’s biggest strength appears to be the weakness of its opponent. 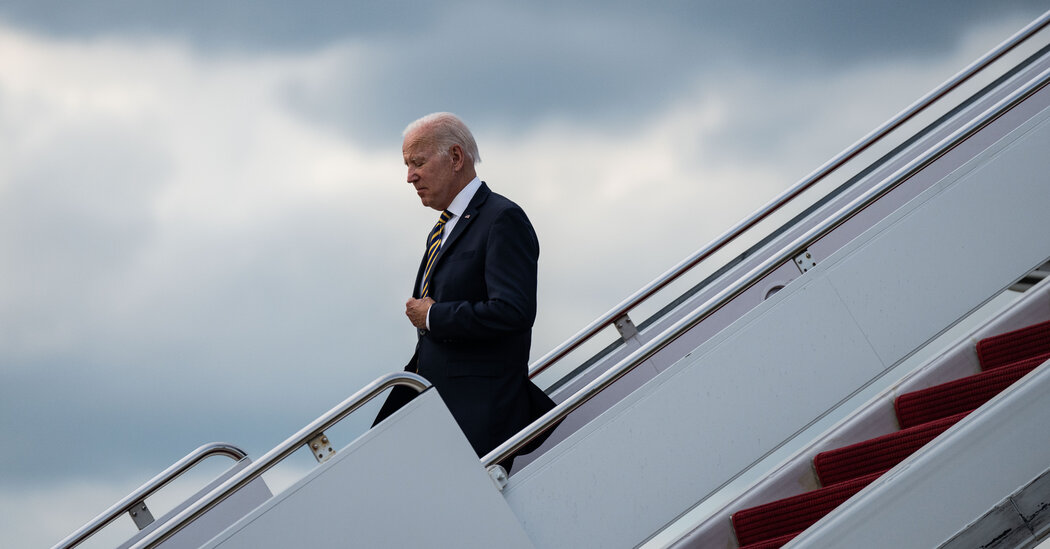 The Times has released its first poll of the 2022 midterm cycle.

Politicians suck
You must log in or register to reply here.