Amid speculation that oligarchs are holding cash and luxury assets for Putin, many of his extravagances can be traced elsewhere: the Russian State

Buried in a 421-page legal filing in an obscure court case is a single sentence, offered almost as an afterthought, about a meeting at a Geneva restaurant where two businessmen chatted about “a yacht which had been presented to Mr. Putin.”
The passing reference, cited in a 2010 judge’s decision in London on a financial dispute involving a shipping company, is the rare bit of public evidence directly linking President Vladimir V. Putin of Russia to any of the luxury boats, planes or villas associated with him over the years. It has taken on new significance as U.S. and European authorities pursue the hidden wealth of Mr. Putin and people close to him in response to Russia’s invasion of Ukraine.
But the British court document also holds a clue to why it has been so hard to clearly connect the Russian president to his rumored riches. The yacht, called the Olympia, was managed by a company in Cyprus, where corporation filings show that the true owner was not Mr. Putin — it was the Russian government.


Indeed, it is one of many extravagant assets long speculated to be Mr. Putin’s that actually are owned or controlled by the state, showing how much the private interests of the president and his inner circle have merged with those of the government he has dominated for two decades. Others include a sprawling resort, a fleet of expensive automobiles, fancy planes and still more yachts.
Advertisement
Continue reading the main story


The United States and its allies have created a multinational task force to track and seize assets of at least 50 wealthy Russians, including Mr. Putin, and announced rewards for information that helps in the effort. But some analysts question whether it will have much impact on the Russian president, who has never been found to personally own much worth confiscating.
While there has been much media and public discussion that oligarchs and old Putin friends could be secretly holding valuable property on his behalf, or keeping his cash for him in offshore companies and Swiss bank accounts, many of his more obvious luxuries are embedded in state-owned enterprises and largely beyond the reach of Western sanctions.
Alina Polyakova, an expert on Russian foreign affairs who leads the Center for European Policy Analysis, said that because government resources and agencies were most likely used to shield at least some of his purported wealth, targeting Mr. Putin personally with sanctions was mainly symbolic.
“To get to him, as well, we’d have to sanction the entire Russian government,” she said. “And, of course, there are reasons why Europe and the United States are not prepared to do so.”

Economically blocking the whole of the Russian state would mean, for instance, fully blacklisting Gazprom, one of the world’s largest energy companies and a major source of natural gas in Europe. So far, the company has faced only limited sanctions aimed mainly at restricting its purchases of certain debt and equity, even as worldwide outrage grows over apparent Russian atrocities in Ukraine.
Yet, Gazprom figures in any calculus of Mr. Putin’s possible wealth. Though luxury real estate would seem to have little to do with its core mission, the state-run gas company built a plush hideaway that the Russian president enjoys in the mountainous Altai region of Siberia. Despite claims that the project was not connected to the Kremlin, a report co-written by a former deputy prime minister and Putin critic, Boris Nemtsov, noted that the location was “being provided with security by the FSO” — the federal protective service assigned to the Russian president and other high-level officials.
The mountain resort was among 20 properties described in the 2012 report by Mr. Nemtsov as being available to Mr. Putin, along with dozens of luxury aircraft, four yachts, and 11 wristwatches with a retail value of nearly $700,000, all allegedly paid for with public funds.
Mr. Nemtsov was assassinated in 2015, shot in the back while crossing a bridge in view of the Kremlin. 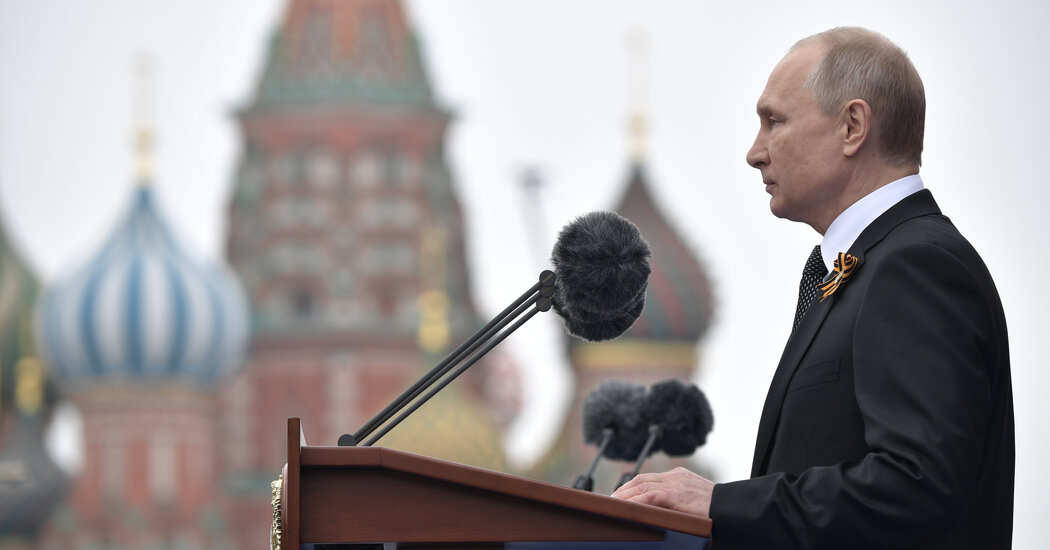 Why Tracking Putin’s Wealth Is So Difficult

Amid speculation that oligarchs are holding cash and luxury assets for the Russian president, many of his extravagances can be traced elsewhere: the Russian state.

Because of the efforts by the few independent news organizations operating in Russia before the recent crackdown on free speech, as well as opposition voices like Mr. Nemtsov and Aleksei A. Navalny, the notion that Mr. Putin is living large on the taxpayers’ dime is hardly a secret. The Kremlin has long denied that he lives beyond his means — officially, he collects a salary of about $140,000 and has a small apartment in Moscow. But his spokesman told a Russian newspaper, in response to Mr. Nemtsov’s allegations, that the Russian president also uses state-owned residences and vehicles “in accordance with the law.”

The presence of Mr. Putin’s protective detail has been seen as a telltale sign of his hidden ties to various extravagances. Sergei Kolesnikov, a former business partner of a Putin ally, wrote an open letter in 2010 asserting that government funds had been diverted to help develop a $1 billion estate on the Black Sea that became known as “Putin’s palace.”


An investigation released last year by Mr. Navalny, the jailed opposition leader, found that the palace had been guarded by members of the federal protective service, and that Russia’s internal security agency, the FSB, had at one point enforced a no-fly zone over it.

Most recently, Mr. Navalny’s team reported that it had linked crew members on a $700 million superyacht to the same Kremlin protective detail, amid speculation that the vessel, whose ownership is obscured by offshore shell companies, was secretly used by Mr. Putin. The 459-foot yacht, named the Scheherazade, has two helicopter pads and is topped with a cluster of satellite domes. It is currently dry-docked in Italy.


“If the owner of the yacht cannot be identified — it’s some offshore company from the Marshall Islands — then we will try to establish who works on it and who pays them salaries,” Maria Pevchikh, a member of Mr. Navalny’s team, said in a video describing the investigation.
The New York Times, which first reported that U.S. officials had indications the yacht could be tied to Mr. Putin, has not been able to independently confirm the Navalny team’s findings about the crew’s security connections, and American officials declined to specify what information they had that could pierce the veil of corporate secrecy surrounding the vessel’s offshore ownership.
Indeed, many jurisdictions traditionally have offered not only tax advantages to managing assets through offshore shells, but also corporation registries that make it difficult, if not impossible, to publicly identify the ultimate owners. It is primarily through leaks from law firms specializing in these services that wealthy Russians have been discovered to be frequent clients.
Advertisement
Continue reading the main story


And sometimes the Russian government itself is the beneficiary.
Leaked files known as the Paradise Papers, from the Appleby law firm in Bermuda, revealed offshore projects on behalf of several enterprises controlled by the Russian state, including VTB Capital, an investment bank, and Gazprom. Another involved the $53.9 million purchase of a Bombardier Global 6000 private jet by an obscure Cyprus company, Genetechma Finance Ltd.
Appleby’s records show that Genetechma was operating, ultimately, on behalf of VEB, a state-owned economic development bank with ties to Russian intelligence. VEB, whose chairman has reportedly used private jets, controlled the Cyprus-based Genetechma through a Luxembourg subsidiary.
A different Cyprus company surfaced in the ownership chain of the Olympia yacht, whose connection to Mr. Putin appeared in the British court documents. The litigation involved convoluted allegations of self-dealing among executives at several Russian shipping companies, including Sovcomflot, whose majority owner is the Russian government.
In a decision by a London court in 2010, Justice Andrew Smith described how various players involved attributed their positions of influence to having “a good relationship” with Mr. Putin, and in one instance, recalled a meeting at the Lipp Brasserie in Geneva where the gift of the Olympia to him was mentioned. The yacht, estimated to cost $35 million to $50 million in 2002 and reportedly outfitted with marble baths, extensive gilding and a Jacuzzi, was said to be “managed by Unicom,” a Cyprus-based company.
Corporation records in Cyprus, which in recent years has become more rigorous about requiring transparency of ownership, show that Unicom was owned by a Bermuda company, whose “ultimate parent corporation” was a state-owned shipping company in Russia.
The Olympia, which sails under a Cayman Islands registration, was last known to be in the Baltic Sea near St. Petersburg.
You must log in or register to reply here.

Putin will not be at queen’s funeral, Russian attendance uncertain