An Alternative to Burial and Cremation Gains Popularity 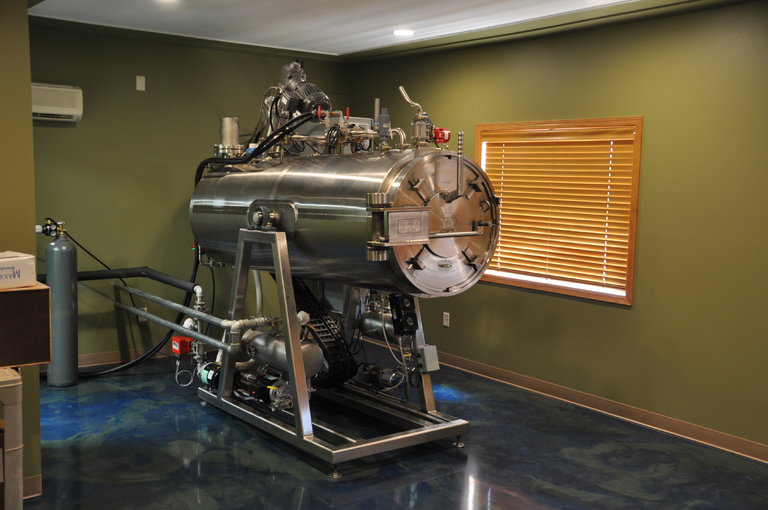 An alkaline hydrolysis unit at a funeral home in Windom, Minn. This week, California became the 15th state to outline commercial regulations for the disposal of human remains using the method. Credit Joe Wilson
What do you want done with your body after you die?

It is an unnerving but important question, and for most Americans there have long been only two obvious choices: burial or cremation.

But a third option, a liquefaction process called by a variety of names — flameless cremation, green cremation or the “Fire to Water” method — is starting to gain popularity throughout the United States.

This week, California became the 15th state to outline commercial regulations for the disposal of human remains through the method, chemically known as alkaline hydrolysis.

It may seem markedly different from the traditional means of digging graves or burning the dead. A machine uses a chemical bath to dissolve protein, blood and fat, leaving only a coffee-colored liquid, powdery bone and any metal implants, like dental fillings.

Alkaline hydrolysis has been used to dispose of human cadavers and dead pets since the process was modernized in the 1990s. About 10 years ago, the machines became available for ordinary funerals, and now families are requesting it more frequently. Some are motivated by environmentalism or cost, as cemeteries fill up. Others find the process more comforting than cremation, which recently edged past burial in the United States, according to the National Funeral Directors Association.

Continue reading the main story
The California bill was sponsored by Assemblyman Todd Gloria, who represents much of San Diego, after he was contacted by executives from Qico Inc., the company that advertises the process with the trademark “Fire to Water.”

Assemblyman Gloria said that he supported the bill partly to advocate for a constituent but also because he thought that people should have more choices.

“It was definitely new to me,” he said. “I think like most people I don’t talk a lot about death. I don’t think about it a great deal; I probably shy away from it. But when the concept was brought to me, of course I needed to understand it better.” He added, “It’s pretty fascinating stuff.”

Alkaline hydrolysis was patented in the United States in 1888 “for the treatment of bones and animal waste” and modernized by Dr. Gordon I. Kaye and Dr. Peter B. Weber, two professors at Albany Medical College about a century later.

It works like this: An alkali, or salt derived from an alkaline earth metal (usually sodium hydroxide, potassium hydroxide or a combination of the two), is combined with water in a specially made machine.

About 65 percent of the human body is already water, while another 20 percent or so is protein, including blood, muscle and collagen, which is found in tissue and bone. The alkali breaks down the body’s proteins and fats. The machine produces sterile brown effluent made up of minerals, salts, amino acids, soap and water, as well as weakened bones that can be crushed into an ash, and any metal in the body.

Bio-Response Solutions is one of the few working manufacturers of such machines in the United States. Joe Wilson, its chief executive, said the field is so new, people do not yet agree on what to call the machines. He sells two models: the High-Temperature 28 and Low-Temperature 28. The first sells for $220,000 and can dissolve a body in as little as three hours; the second costs $150,000 and takes up to 16 hours. Some competitors sell far costlier models. (The number refers to the diameter of the cylinder, 28 inches.) 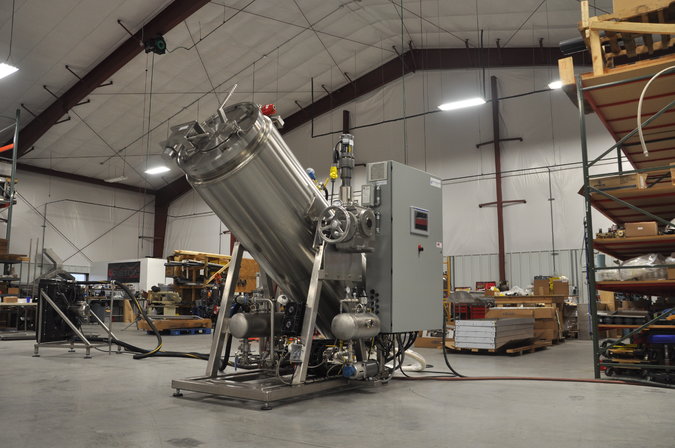 An alkaline hydrolysis unit at Bio-Response Solutions in Danville, Ind. The company is one of the few working manufacturers of such machines in the United States. Credit Joe Wilson
One of his competitors sells a $500,000 model. “It’s a very high-end unit, like a Rolls-Royce,” he said. “And Rolls-Royces are nice but you don’t see many of them around. I watched it for a couple years and finally decided to do a Chevrolet.”

Flameless cremation seems to have caught on among younger funeral directors.

Ryan Cattoni, 28, who graduated from mortuary school in 2010, said that he learned about the method from a trade magazine and thought it was probably “the wave of the future.”


You agree to receive occasional updates and special offers for The New York Times's products and services.

He opened AquaGreen Dispositions in South Holland, Ill., in September 2012, about a year after the state legalized the process. He offers a flameless cremation package covering the paperwork, an urn (filled with powder from the bone) and transport for $1,795. He said that he performs hundreds of them a year. A simple nonceremonial cremation in Chicago can cost as much as $3,000.

The environmental benefits of alkaline hydrolysis are significant. Its carbon footprint is about a tenth of that caused by burning bodies. Mr. Wilson said liquefaction uses a fraction of the energy of a standard cremator and releases no fumes.

Funeral directors thought the machines would be popular for their environmental benefits, but they were surprised to discover other motives.

“When it’s a family that has just lost Mom or Dad, they’re in a more emotional state and they look at it and say it seems more gentle,” said Jason Bradshaw, the president and chief executive of a funeral and cremation service with six locations in the Twin Cities.

One of his customers was Judy Kastelle, 68, a resident of Hudson, Wis., who has found herself averse to burial. Both her grandparents were buried, she said in an interview, and she thought it seemed wrong to put their bodies in coffins encased in concrete.

When her mother, Marcella Okerman, died at 95 earlier this month, Ms. Kastelle had already arranged for flameless cremation.

“I just liked the gentleness, of her kind of being dissolved away,” Ms. Kastelle said. “I didn’t think a lot about that. I knew cremation was the thing, and it just seemed like an option that felt kinder, to me.”

Not everyone feels this way. Some critics recoil, in part because the effluent is released into local sewage systems.

“They say ‘soylent green’ or ‘throw mama down the drain’ or all that stuff,” Mr. Wilson said.

But experts note that the fluid is sterile and contains nutrients, so much so that it can be and is used as a fertilizer. Rick Vonderwell, who manages Tails Remembered, a pet crematory in Delphos, Ohio, uses the effluent at his farm, as do several large universities.

In some places where flameless cremation is available, it has quickly overtaken the alternative. Mr. Bradshaw, who has been offering both services for five years, says that more than two-thirds of families seeking cremation choose the new method when it is offered.

“Burial is dead,” Mr. Wilson said. “It’s going to go away. It’s not sustainable. Too many people and not enough land.”

I’m going with taxidermy so I can continue to grace people with my presence.
Reactions: hawkbirch, BrianNole09, MartinLutherNole and 2 others 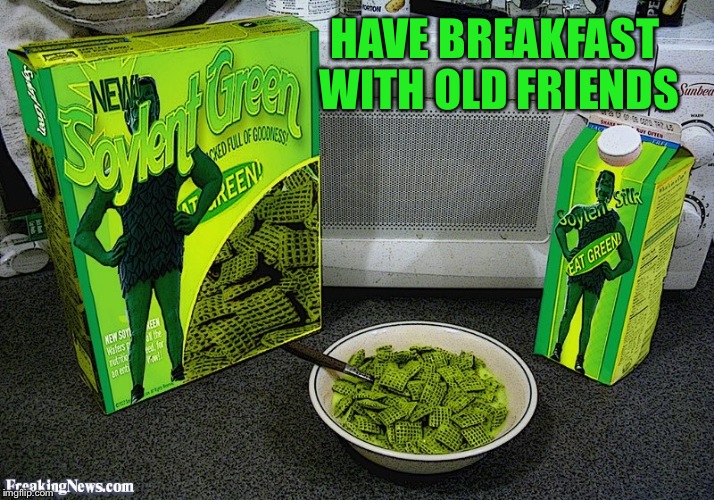 I want a Hindu funeral. I’m set alight on a giant funeral pyre and me grief stricken wife throws herself on rather than face life without me.
Reactions: BrianNole09

lucas80 said:
I want a Hindu funeral. I’m set alight on a giant funeral pyre and me grief stricken wife throws herself on rather than face life without me.
Click to expand...

And then they throw whats left of you unburnt into the Ganges where you're eaten by crocodiles and giant fish!

I'm going to have a Viking funeral, except instead of a boat, I'm going to use a bed of tires.

I've done too much for the world to be eaten by bugs or cremated...
You must log in or register to reply here.

Nearly 80 years after the attack on Pearl Harbor, Iowa native Leo Keninger is laid to rest.

When an Eel Climbs a Ramp to Eat Squid From a Clamp, That’s a Moray