Any celebratory plans for the summer solstice?

In 2022, the June solstice occurs on Tuesday, June 21, marking the astronomical first day of summer. The solstice is celebrated by many cultures around the world. Learn solstice facts, fun, and folklore!

In the Northern Hemisphere, the June solstice (aka summer solstice) occurs when the Sun travels along its northernmost path in the sky. This marks the astronomical start of summer in the northern half of the globe. (In the Southern Hemisphere, it’s the opposite: the June solstice marks the astronomical start of winter, when the Sun is at its lowest point in the sky.)

When Is the Summer Solstice?​

This solstice marks the official beginning of summer in the Northern Hemisphere, occurring when Earth arrives at the point in its orbit where the North Pole is at its maximum tilt (about 23.5 degrees) toward the Sun, resulting in the longest day and shortest night of the calendar year. (By longest “day,” we mean the longest period of sunlight hours.) On the day of the June solstice, the Northern Hemisphere receives sunlight at the most direct angle of the year.

In the Southern Hemisphere, the June solstice marks the beginning of winter.

What Is the Summer Solstice?​

The word “solstice” comes from Latin solstitium—from sol (Sun) and stitium (still or stopped). Due to Earth’s tilted axis, the Sun doesn’t rise and set at the same locations on the horizon each morning and evening; its rise and set positions move northward or southward in the sky as Earth travels around the Sun through the year. Also, the Sun’s track in the sky becomes higher or lower throughout the year. The June solstice is significant because the Sun reaches its northernmost point in the sky at this time, at which point the Sun’s path does not change for a brief period of time.

After the solstice, the Sun appears to reverse course and head back in the opposite direction. The motion referred to here is the apparent path of the Sun when one views its position in the sky at the same time each day, for example, at local noon. Over the year, its path forms a sort of flattened figure eight, called an analemma. Of course, the Sun itself is not moving (unless you consider its own orbit around the Milky Way galaxy); instead, this change in position in the sky that we on Earth notice is caused by the tilt of Earth’s axis as it orbits the Sun, as well as Earth’s elliptical, rather than circular, orbit.

Does the Solstice Always Occur on the Same Day?​

The timing of the June solstice is not based on a specific calendar date or time; it all depends on when the Sun reaches its northernmost point from the celestial equator. Therefore, the solstice won’t always occur on the same day. Currently, it shifts between June 20, 21, and 22.

The Summer Solstice is the day with the longest period of sunlight. Notice how the Sun appears highest in the sky at the solstice; its rays strike Earth at a more direct angle, causing the efficient warming we call summer. Because the Sun is highest in the sky on this day, you’ll notice that your shadow (at local, or solar, noon, not clock-time noon) is the shortest that it will be all year. [Local noon is when the Sun crosses the local meridian (an imaginary line between the North and South poles) and is highest in the sky for the day.]

For those who live in the Southern Hemisphere, this is the shortest day of the year and marks the arrival of winter.

Go strawberry picking. Enjoy a big bowl of strawberries and cream on the solstice.

There are many people—like the Swedes—who celebrate the beginning of summer by eating the first strawberries of the season. Indulging in some strawberries and cream is the perfect way to celebrate the June solstice, since June’s full Moon is also known as the Strawberry Moon. It typically coincided with the ripening of strawberries in what is now the northeastern and midwestern United States. In fact, in many states, this is the perfect time to go strawberry picking! Look up pick-your-own-strawberry farms in your area!

Have a solstice evening bonfire!

Many northern people also celebrate a solstice holiday known as Midsummer’s Day on June 24, which is one of the four ancient quarter days of the year. The eve prior is called Midsummer’s Eve, marking the shortest night of the year. A common way to celebrate is to have a bonfire party! After all, these northern people have emerged from some long, dark winters! In the Austrian state of Tyrol, torches and bonfires are lit up on mountainsides, which is a stunningly beautiful sight.

According to ancient Latvian legend, Midsummer’s Eve (St. John’s Eve) on June 23 is spent awake by the glow of a bonfire and in pursuit of a magical fern flower—said to bring good luck—before cleansing one’s face in the morning dew. Read more about fern folklore. 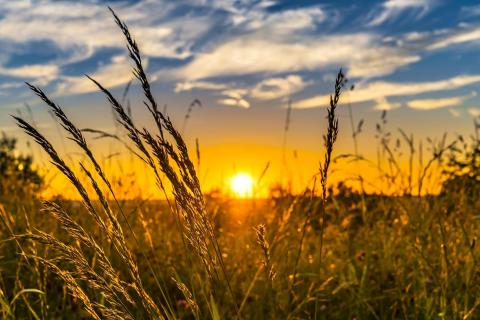 The Summer Solstice happens on Tuesday, June 21, 2022! Find the answers to common questions, like: What is a solstice? Is the solstice the longest day of the year?—and more! Find solstice facts, folklore, and more from The Old Farmer's Almanac.

I think I'll celebrate with a tequila sunrise at 5:14 tomorrow morning!

I need to find a vestal virgin. Then I'm good.
Reactions: Moral, NDallasRuss, hawkeye54545 and 1 other person

GOHOX69 said:
I need to find a vestal virgin. Then I'm good.
Click to expand...

If you find one, see if she has a sister.
Reactions: Moral and GOHOX69

This is the HORT optimism I log on for
Reactions: goldmom and NDallasRuss

Dressing OP's mom in a creepy midsommar festival outfit and going to pound town until dawn. 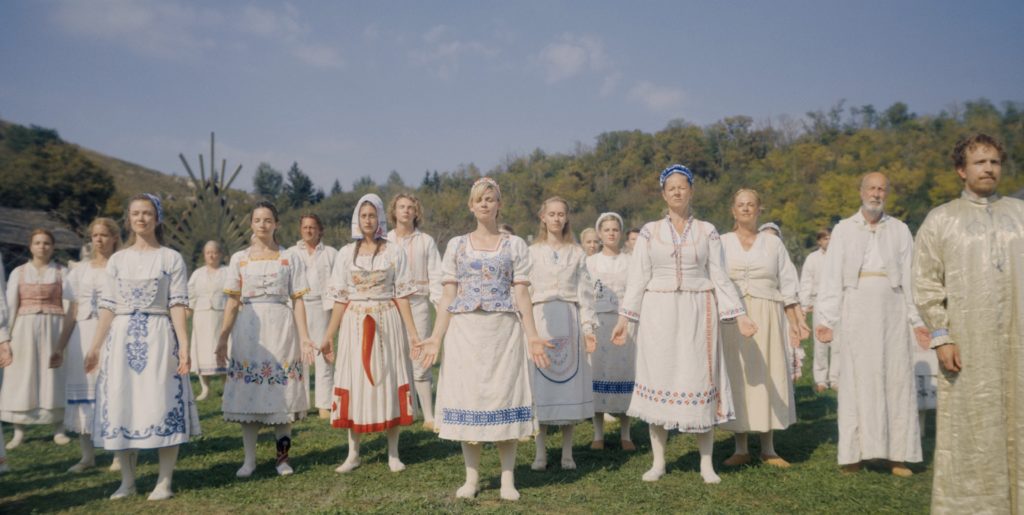 Just breakdancing downtown in my thong this evening, but I do that every Monday anyway.
Reactions: GOHOX69

That's going to be the longest day of his life!
Reactions: goldmom, GOHOX69, HawCory and 1 other person

The Tradition said:
According to ancient Latvian legend, Midsummer’s Eve (St. John’s Eve) on June 23 is spent awake by the glow of a bonfire and in pursuit of a magical fern flower—said to bring good luck—before cleansing one’s face in the morning dew. Read more about fern folklore.
Click to expand...

I married a Latvian/American. I think she said they jump naked over the bonfire at the exact hour of the Solstice. These women may or may not look like the wife... jamesvanderwulf said:
I married a Latvian/American. I think she said they jump naked over the bonfire at the exact hour of the Solstice. These women may or may not look like the wife...

This is where I ask whether she has a sister or female cousins. I'll be on the next flight to Riga.

Summer is awful - the countdown to fall is on!
You must log in or register to reply here.

Boaters - just curious how your summer is going

BANK OF AMERICA MEMO, REVEALED: “WE HOPE” CONDITIONS FOR AMERICAN WORKERS WILL GET WORSE