Two Arizona Republicans recruited by allies of former President Donald J. Trump to join an effort to keep him in office after he lost the 2020 election grew so concerned about the plan that they told lawyers working on it that they feared their actions could be seen as treason, according to emails reviewed by The New York Times.
Kelli Ward, the chairwoman of the Arizona Republican Party, and Kelly Townsend, a state senator, were both said to have expressed concerns to Mr. Trump’s lawyers in December 2020 about participating in a plan to sign on to a slate of electors claiming that Mr. Trump had won Arizona, even though Joseph R. Biden Jr. had won the state.
The scheme was part of a broader bid — one of the longest running and most complicated that Mr. Trump undertook as he sought to cling to power after losing the 2020 presidential election — to falsely manufacture a victory for him by creating fake slates of electors in battleground states who would claim that he had been the true winner.
Advertisement
Continue reading the main story


Some of the lawyers who undertook the effort doubted its legality, and the emails, which have not been previously reported, were the latest indication that other key players also knew they were on shaky legal ground, and took pains to fabricate a rationale that could justify their actions.

Kenneth Chesebro, a lawyer working for Mr. Trump’s campaign, wrote in a Dec. 11, 2020, email to other members of the legal team that Ms. Ward and Ms. Townsend had raised concerns about casting votes as part of an alternate slate of electors because there was no pending legal challenge that could flip the results of Arizona’s election.
“Ward and Townsend are concerned it could appear treasonous for the AZ electors to vote on Monday if there is no pending court proceeding that might, eventually, lead to the electors being ratified as the legitimate ones,” Mr. Chesebro wrote to the group, which included Rudolph W. Giuliani, Mr. Trump’s personal lawyer.
Mr. Chesebro wrote the word “treasonous” in bold.

Ms. Ward, who pushed for the electors plan to be kept secret, ultimately joined the effort and signed a document that purported to be a “certificate of the votes of the 2020 electors from Arizona” and claimed that Mr. Trump had won the state’s 11 Electoral College votes.


One person working on the plan, the Arizona-based lawyer Jack Wilenchik, conceded in emails that the Electoral College votes the campaign was working to organize “aren’t legal under federal law” and repeatedly referred to them as “fake,” The Times has reported.

In a later email, Mr. Wilenchik said that the rush to file the papers with the Supreme Court was “to give legal ‘cover’ for the electors in AZ to ‘vote’” on Dec. 14, 2020, the day the Electoral College was slated to gather and cast votes.

Ms. Townsend ultimately did not sign the documents claiming that Mr. Trump had won the state’s election.
Both Ms. Ward and Ms. Townsend have since received subpoenas from the Justice Department asking questions about the fake electors plan and demanding documents detailing communications with Mr. Trump’s legal team.
Ms. Ward, Ms. Townsend, Mr. Wilenchik and Mr. Chesebro did not immediately respond to requests for comment.


The push to organize slates of false electors involved hands-on work by Mr. Giuliani, who the emails indicate spoke with Ms. Ward and Ms. Townsend as the Trump campaign was apparently urging the electors to vote on Dec. 14.​

Mr. Chesebro sought assurances from Mr. Wilenchik that he would quickly file papers to the U.S. Supreme Court contesting a ruling by Arizona’s Supreme Court affirming Mr. Biden’s win in the state.

“Reason is that Kelli Ward & Kelly Townsend just spoke to the mayor about the campaign’s request that all electors vote Monday in all contested states,” Mr. Chesebro wrote to Mr. Wilenchik, apparently referring to a conversation with Mr. Giuliani.
He said that the concern from Ms. Ward and Ms. Townsend was that activating an alternate group of electors in favor of Mr. Trump “could appear treasonous” in the absence of a pending lawsuit. “Which is a valid point — in the Hawaii 1960 incident, when the Kennedy electors voted, there was a pending recount,” Mr. Chesebro added.
He was referring to an instance that he and others were using as a foundation for their argument that they could put forward fake slates of electors. In 1960, the result of the election in Hawaii was unsettled as the Electoral College was close to meeting. The governor certified a slate of electors in favor of Richard M. Nixon, who claimed he had won as the recount continued. John F. Kennedy also formed a slate of electors.
When the vote count was finished, Mr. Kennedy had won, and his slate of electors ultimately was certified.
However, little about the 1960 incident resembled what happened in 2020. By the time the Electoral College met on Dec. 14, 2020, the votes had all been counted, Mr. Biden had been declared the winner and various courts had tossed challenges filed by Mr. Trump’s allies.
In a follow-up email, Mr. Chesebro wrote that he no longer saw “cause for concern” because a legal action some of the group planned to file was “at the printer” and that the Supreme Court considers an action docketed whenever it is mailed. He wrote that it would be in the mail by the time the Electoral College met.

In the weeks after the election, Mr. Chesebro wrote a series of memos outlining a plan to send so-called alternate electors to Congress for the certification. A little more than two weeks after Election Day, Mr. Chesebro sent a memo to James Troupis, another lawyer for the Trump campaign in Wisconsin, laying out a plan to name pro-Trump electors in that state, which was also won by Mr. Biden.
Mr. Chesebro also sent a Dec. 13, 2020, email to Mr. Giuliani that encouraged Vice President Mike Pence to “firmly take the position that he, and he alone, is charged with the constitutional responsibility not just to open the votes, but to count them — including making judgments about what to do if there are conflicting votes.”
That idea became the basis for Mr. Trump’s pressure campaign against Mr. Pence in which the president attempted to convince his own vice president that he could block or delay the congressional certification of Mr. Biden’s victory on Jan. 6, 2021.
Mr. Chesebro also was involved in a Dec. 24, 2020, email exchange with John C. Eastman, the pro-Trump lawyer, over whether to file legal papers that they hoped might prompt four justices to agree to hear an election case from Wisconsin.
In those emails, Mr. Chesebro argued that the “odds of action before Jan. 6 will become more favorable if the justices start to fear that there will be ‘wild’ chaos on Jan. 6 unless they rule by then, either way.”
Their exchange took place five days after Mr. Trump issued a call for his supporters to attend a protest at the Ellipse near the White House on Jan. 6, 2021, the day Congress would certify the electoral vote count confirming Mr. Biden’s victory. “Be there. Will be wild!” Mr. Trump wrote on Twitter. 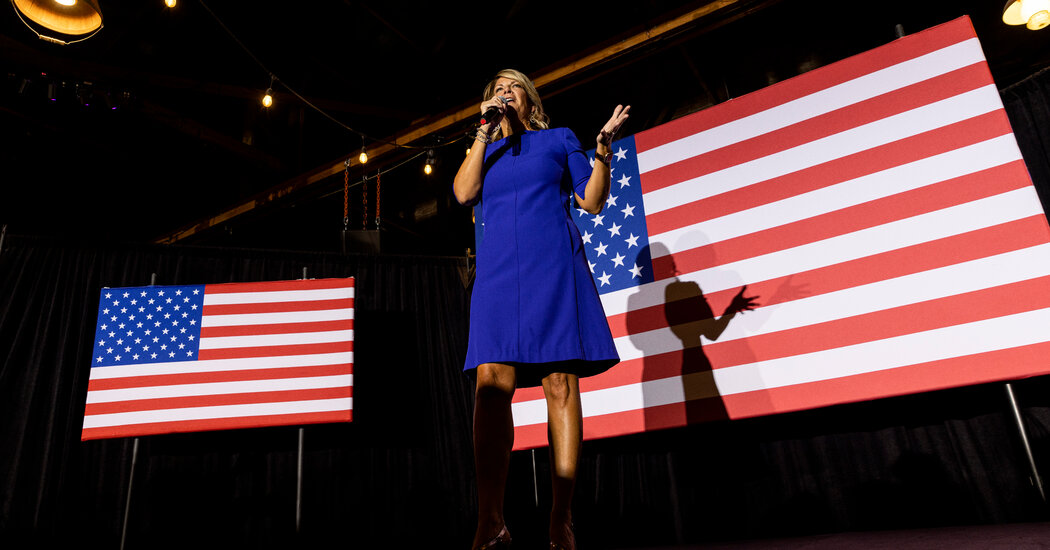 Politicians involved in Donald Trump’s effort to put forth electors to falsely claim he had won Arizona said doing so without first filing a legal challenge could look like a crime.

www.nytimes.com
Reactions: Joes Place
You must log in or register to reply here.