Atlantic article on midterms, rebounding Trumpism and what it all means . . .

As usual, The Atlantic takes a very even-handed, fact-based approach to assessing what is going on politically in the moment.

This is a very well-researched and reasoned article:

Trump Is Back on the Ballot​

That’s a problem for Republicans.
By David Frum 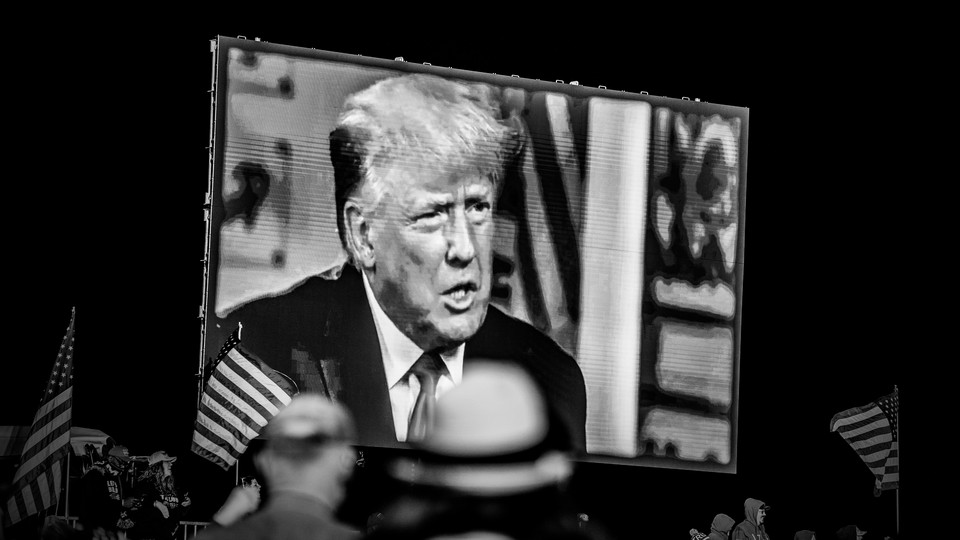 The first is the surge of Republican support for Donald Trump since the FBI searched his Mar-a-Lago residence.

The second is this summer’s flow of good news for the Democrats as the 2022 midterms approach. Democratic candidates are leading in Senate races in Arizona, Georgia, Ohio, and Pennsylvania. As Politico observes, all-party primaries in Washington State show Democratic candidates running well ahead of their performance in 2010 and 2014, the last big Republican years. Democratic standing is rising in generic polling. Across the nation, indications are gathering that Republicans could pay an immediate political price for the Supreme Court’s overturning of Roe v. Wade. Above all, the August economic news has turned good: gasoline prices declining, general inflation abating, job growth surging.

The first fact—the rallying to Trump—reminds us that his narrative of personal grievance still deeply moves Republican voters.

The second fact—the Democrats’ improving congressional prospects—reminds us how little Trump’s grievances resonate with the larger voting public. GOP leaders have made a lot of noise about the Democratic obsession with pronouns. But the Trump Republicans have a pronoun problem of their own: Trump demands, and they agree, to talk about “me, me, me” when the electorate has other, real, bread-and-butter concerns.

Big-money Republicans hoped that 2022 would be the year the GOP quietly sidelined Trump. Those hopes have been fading all year, as extreme and unstable pro-Trump candidates have triumphed in primary after primary. Their last best hope was that the reelection of Ron DeSantis as governor of Florida would painlessly shoulder Trump out of contention for the 2024 Republican presidential nomination. Now that hope, too, is dying.

DeSantis ran in 2018 as a craven Trump sycophant. He had four years to become his own man. He battled culture wars—even turning against his former backers at Disney—all to prove himself the snarling alpha-male bully that Republican primary voters reward. But since the Mar-a-Lago search, DeSantis has dropped back into the beta-male role, sidekick and cheering section for Trump.

Trump has reasserted dominance. DeSantis has submitted. And if Republican presidential politics in the Trump era has one rule, it’s that there’s no recovery from submission. Roll over once, and you cannot get back on your feet again.

Trump specializes in creating dominance-and-submission rituals. His Republican base is both the audience for them and the instrument of them. But to those outside the subculture excited by these rituals, they look demeaning and ridiculous. Everybody else wants jobs, homes, cheaper prescription drugs, and bridges that do not collapse—not public performances in Trump’s theater of humiliation.

Midterm elections are usually referendums on the pressing issues of the day. Voters treat them, in effect, as their answer to the implied question: “Got any complaints?” And because voters usually do have complaints, the president’s party tends to take losses. But this time, the loudest complaints of the “out” party are becoming very far removed from most people’s lives.

Historically, conservatives spoke the language of stability; progressives, the language of change. This summer, however, the Trump Republicans are speaking the language of confrontation, of threat, of violence. Five days ago, Peter Wehner described here at The Atlantic the angry shouts on right-wing message boards and websites. That language of menace is now being used by the former president himself. Allow me impunity or else face more armed violence from my supporters is the implicit Trump warning.

That’s a hell of a message to carry into a midterm election. And it’s a message that is incidentally amending the 2022 ballot question from “Got any complaints?” to “How do you react to bullies making threats?”
Reactions: Firekirknow, ichawkeye, cigaretteman and 1 other person
You must log in or register to reply here.