It's not just Mexico.

Brewers and other heavy water users have landed at the center of the climate fight in Mexico as the government and industry confront water shortages in the north.

As northern Mexico this year endured one its worst droughts in decades, brewers dotting the parched landscape guzzled vast quantities of water, pumping out national favorites like Corona and Tecate that helped make the country the world’s largest global exporter of beer.

At the imposing brick Heineken plant in the city of Monterrey, the pipes never stopped flowing, even as fights broke out at lines for government water trucks and parasites spread among children who missed regular baths.

The water in Blanca Guzmán’s neighborhood had been out for days when she decided to protest, joining a group of activists in July to block the entrance to Heineken’s office.

As droughts become more frequent and severe around the world, brewers and other heavy industrial water users have landed at the center of the climate fight in Mexico, with activists leading a movement to reclaim resources from corporations that has gained recognition at the highest levels of government.

Even the promise of jobs and economic development is wearing thin as extreme weather events put the disparity in access to water between private industry and households on clear display, forcing some of the biggest global brands onto unsure footing.

Brewers in particular have become a target for activists, given the industry’s presence in the drought-prone north.

Heineken, Anheuser-Busch InBev and Constellation Brands all operate large plants in northern states that capitalize on proximity to consumers in the United States, where the most popular imported beers are by far Mexican. Overall, Mexican brewers sold more than $5 billion worth of beer abroad last year, making Mexico the top global exporter of the beverage, according to the World Bank.

Yet in July, eight of Mexico’s 32 states experienced moderate to extreme drought, resulting in more than half of the country’s 2,463 municipalities confronting water shortages, according to the National Water Commission.

In response, President Andrés Manuel López Obrador of Mexico said in August that he would end beer production in the north, where the majority of the industry operates, and send it to the more water-rich south.

Mr. López Obrador has yet to follow through on the threat, and industry insiders say that so far, beer production in the north has been unaffected by his comments. But the president’s position reflects a broad challenge to the billion-dollar business that uses extraordinary amounts of water, at a moment when the effects of climate change are being felt most acutely.

To make beer — about two and a half liters of water are needed to produce one liter in Mexico — brewers here buy rights to gain access to water from the federal government in deals that can last for decades.

Heineken’s water permit in Nuevo León state, where Monterrey is, amounts to about six million cubic meters a year, according to Samuel García, the governor. The aquifers that the plant draws from are separate from the municipal supply, which relies mostly on three dams.

That largely allowed the company to avoid the same fate as the city this summer, when the lack of rain set records, dwindling the dams’ supplies, said Salvador Corrales, a professor at Monterrey’s College of the Northern Border who has studied Heineken’s local water usage.

As the crisis worsened, the authorities began to publicly pressure private companies with significant water rights to cede some of their allotment to the city.

Around the same time, Mr. García said that Heineken was using only about two-thirds of its permitted water and demanded the company send the surplus to the state. Heineken agreed to a temporary transfer of 600,000 cubic meters, in addition to a delivery from its wells equal to about 20 percent of the brewery’s consumption.

The brewer also filled five tankers with clean water each week for distribution to local communities and donated a well worth $1 million to the city, according to the company.

Several other companies also agreed to divert some of their reserves, including the steel giant Ternium, one of the largest holders of industry concessions in the state, and a major Coca-Cola bottler. 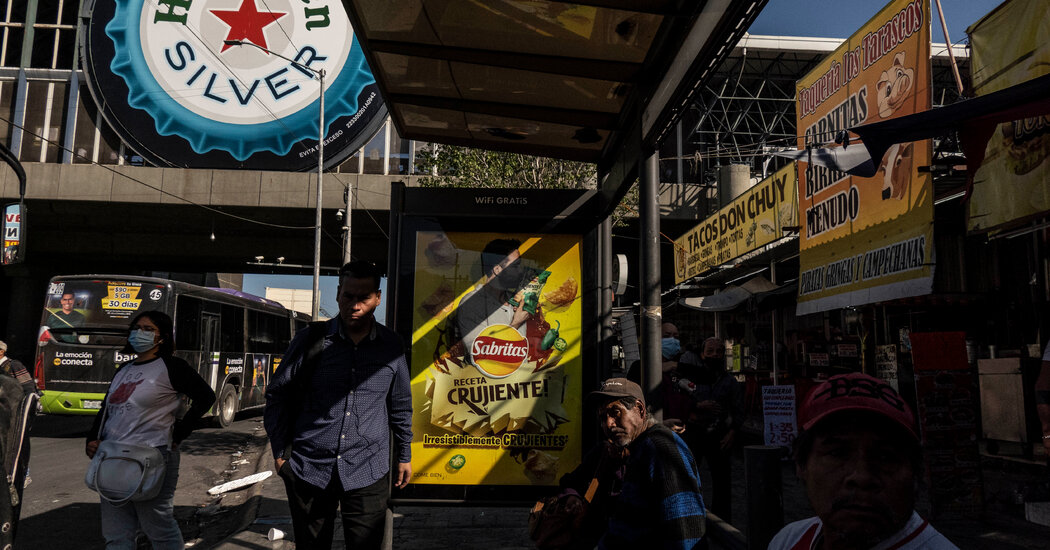 Brewers and other heavy water users have landed at the center of the climate fight in Mexico as the government and industry confront water shortages in the north.

So, they'll move the breweries to where the water is.
You must log in or register to reply here.

Amid drought, Arizona contemplates a fraught idea: Piping in water from Mexico

Will the next governor of Arizona tackle real problems like the depletion of groundwater?