The Biden administration will announce Tuesday that it is restoring parts of a bedrock environmental law, once again requiring that climate impacts be considered and local communities have input before federal agencies approve highways, pipelines and other major projects.
The administration plans to resurrect requirements of the 50-year-old National Environmental Policy Act that had been removed by President Donald J. Trump, who complained that they slowed down the development of mines, road expansions and similar projects.

Sign up for the Climate Forward newsletter, for Times subscribers only. Your must-read guide to the climate crisis. Get it in your inbox.
The final rule announced Tuesday would require federal agencies to conduct an analysis of the greenhouse gases that could be emitted over the lifetime of a proposed project, as well as how climate change might affect new highways, bridges and other infrastructure, according to the White House Council on Environmental Quality. The rule would also ensure agencies give communities directly affected by projects a greater role in the approval process.
Advertisement
Continue reading the main story


Brenda Mallory, chairwoman of the council, described the regulation as restoring “basic community safeguards” that the Trump administration had eliminated.
“Patching these holes in the environmental review process will help projects get built faster, be more resilient, and provide greater benefits to people who live nearby,” she said in a statement.
The move comes as President Biden’s climate agenda faces headwinds from Congress and the courts. The president also is under pressure to boost oil production as a way to temper high gas prices across the United States. Last week the Interior Department said it would begin offering oil and gas drilling leases on public lands and waters, despite Mr. Biden’s campaign promise that he would end new leases. Senior administration officials this week maintained the leasing decision was necessary because of a court ruling, and said that it had also raised federal royalties that companies must pay to drill.
On Saturday, which is Earth Day, Mr. Biden will be in Seattle, where aides said he is expected to give a speech highlighting efforts to expand solar energy and offshore wind farms as well as clean energy initiatives that Congress authorized last year as part of a $1.2 trillion bipartisan infrastructure package.
Administration officials said the new rule would not have major immediate impacts since the Biden administration had already been weighing the climate change impacts of proposed projects. But it would force future administrations to abide by the process or undertake a lengthy regulatory process and possibly legal challenges to again undo it.

The National Environmental Policy Act, or N.E.P.A., was signed into law by President Richard M. Nixon in 1970, after several environmental disasters including a crude oil spill off the coast of Santa Barbara, Calif., and a series of fires on the heavily polluted Cuyahoga River in Ohio that shocked the nation.
It mandates federal agencies to assess the potential environmental impacts of proposed major federal actions before allowing them to proceed. Agencies are not required to reject projects that might worsen climate change — only to examine and report the impacts.
The Trump administration had freed the government from considering the ways in which proposed new dams or pipelines, for example, might increase emissions of greenhouse gases like carbon dioxide and methane that are warming the planet to dangerous levels. It required agencies to analyze only “reasonably foreseeable” impacts. Mr. Trump said the change would eliminate “mountains and mountains of red tape” that he said had delayed projects across the country.
Under the changes announced Tuesday, agencies would have to consider the direct, indirect and cumulative impacts of a decision — including the effect a new project would have on neighborhoods already burdened by pollution.

Card 1 of 5
A mystery solved. Researchers have established that the collapses of two ice shelves on the Antarctic Peninsula over the last quarter-century were most likely triggered by vast plumes of warm air from the Pacific. As the world continues to warm, such plumes are expected to become more intense.
A prickly plant in danger. A new study estimates that, by midcentury, global warming could put 60 percent of cactus species at greater risk of extinction. Poaching, habitat destruction and other threats already make cactuses among the most endangered groups of organisms.
Thawing permafrost. Climate scientists, policy experts and environmental justice advocates announced a $41 million project aimed at assessing the contribution of thawing permafrost to global warming. The project is financed by private donors, including the philanthropist MacKenzie Scott.
Hurricanes. A new study found that climate change contributed significantly to the severity of the 2020 Atlantic hurricane season, the most active on record. The most extreme three-hour rainfall rates were 10 percent higher than they would have been without climate change.
Methane emissions. Levels of methane in the atmosphere increased last year by the largest amount since measurements began four decades ago, according to analysis by the National Oceanic and Atmospheric Administration, adding to concerns about this planet-warming gas.
The administration’s changes also encourage agencies to study alternatives to projects that are opposed by local communities, and it says the law’s requirements are “a floor, rather than a ceiling” when it comes to environmental reviews.
Republicans and some business groups are hostile to the changes, arguing that additional reviews would delay the development of badly needed infrastructure.
The American Road and Transportation Builders Association, a trade organization, wrote in comments to the Council on Environmental Quality that federal reviews for many transportation projects take five to seven years, with some lasting as long as 14 years. The new rule, it argued, would make matters even worse. 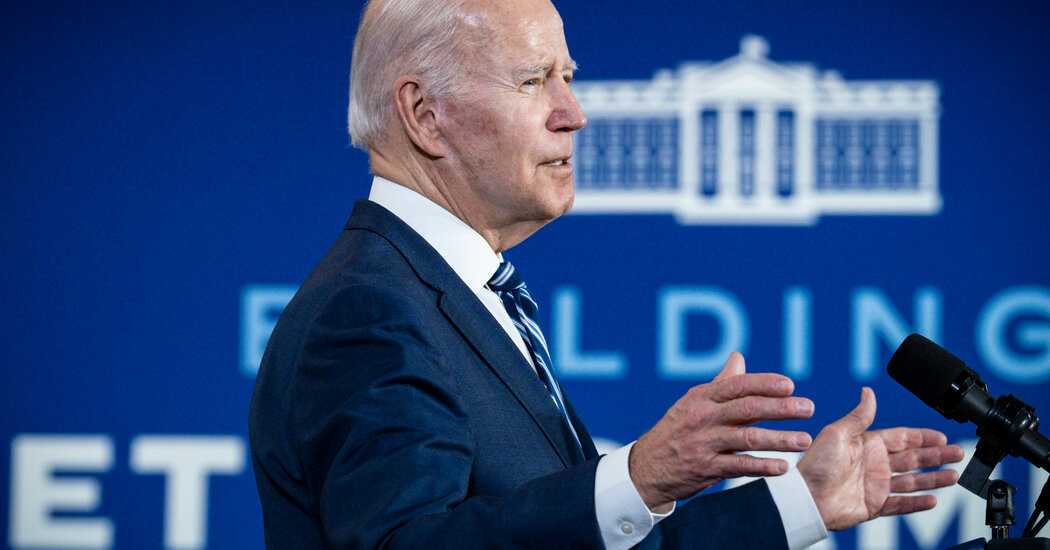 A new rule requires agencies to analyze the climate impacts of proposed highways, pipelines and other projects, and gives local communities more input.

You really meant to say Obama.
You must log in or register to reply here.

Off Topic Thursday at 12:04 PM
EvilMonkeyInTheCloset