It is fitting that he Big Ten Conference is holding its football media days this week in a 70,000-seat stadium rather than the hotel ballrooms of yore.

The operative word in “Big Ten” is “Big,” not “Ten,” a number the conference shed three decades ago and grows more distant from all the time.

“We will be innovative, we will be creative, we'll be bold, we'll be strong, we'll be powerful,” Warren said.

Several fans have told me this summer that they don’t like where things are going in college sports, with NIL payouts and the Big Ten adding USC and UCLA.

Yet, Iowa is on the verge of selling out its entire home football schedule for the first time since 2011. Somebody’s still watching the games at home, too, because the next batch of media rights the Big Ten sells may go for over $1 billion.

Tuesday, Iowa Coach Kirk Ferentz said “I'm really concerned about the path that college football is on right now and eager to see where it heads and what direction we end up taking.”

Later in the day, Ferentz told reporters (I was not there) that the NIL rules lead to further separation of haves and have-nots, competitively. He also said he doesn’t think the current policy on transfers is ideal.

“The trend in college football right now,” Ferentz said Tuesday, “tradition isn’t what it used to be on the list of priorities.”

Hawk off the Press Newsletter signup​

Of course, Ferentz’s 10 on-field assistant coaches didn’t used to make a total of $7 million a year, either. Tradition doesn’t feed the bulldog.


The long-overdue NIL policies the NCAA adopted a year ago were enacted because the walls were closing in on that governing body and its member institutions. With each big-money deal, it was less defensible to pass off major-college athletics as anything but what they are, a sports-entertainment industry unlike anything on earth in the university system.


So yeah, things have changed. For those putting clothes pins on their noses because of it, Coe and Cornell and Luther would love to have you start attending their games. Parking is free.


But you won’t do that for the same reason I don’t, because the Big Ten is the biggest game in town. The richest one, also, too big for a pandemic to knock off its feet. Warren said it. It’s about being powerful and strong.


In May, Alabama football coach Nick Saban said NIL has “gotten completely out of control and is not a sustainable model.” That didn’t stop Bama from announcing Monday that it would sell player NIL merchandise in its football stadium.


One wonders if there is a potential advertiser the Big Ten would turn down. There is an official credit card of the Big Ten, an official insurance partner.


In the not-so-distant past, the conference has had — and I’m not making this up — an official hardwood floor care provider and an official wild bird food.


Pro soccer teams have long had advertising on their players’ jerseys. It’s come to the NBA, and will reach Major League Baseball next year.


That’s another one of those things that will never happen in college athletics. Which means it’s inevitable.


The whole thing is one big free market, the American way. And what’s more American than American football, a sport that somehow is of little concern to the rest of the planet? 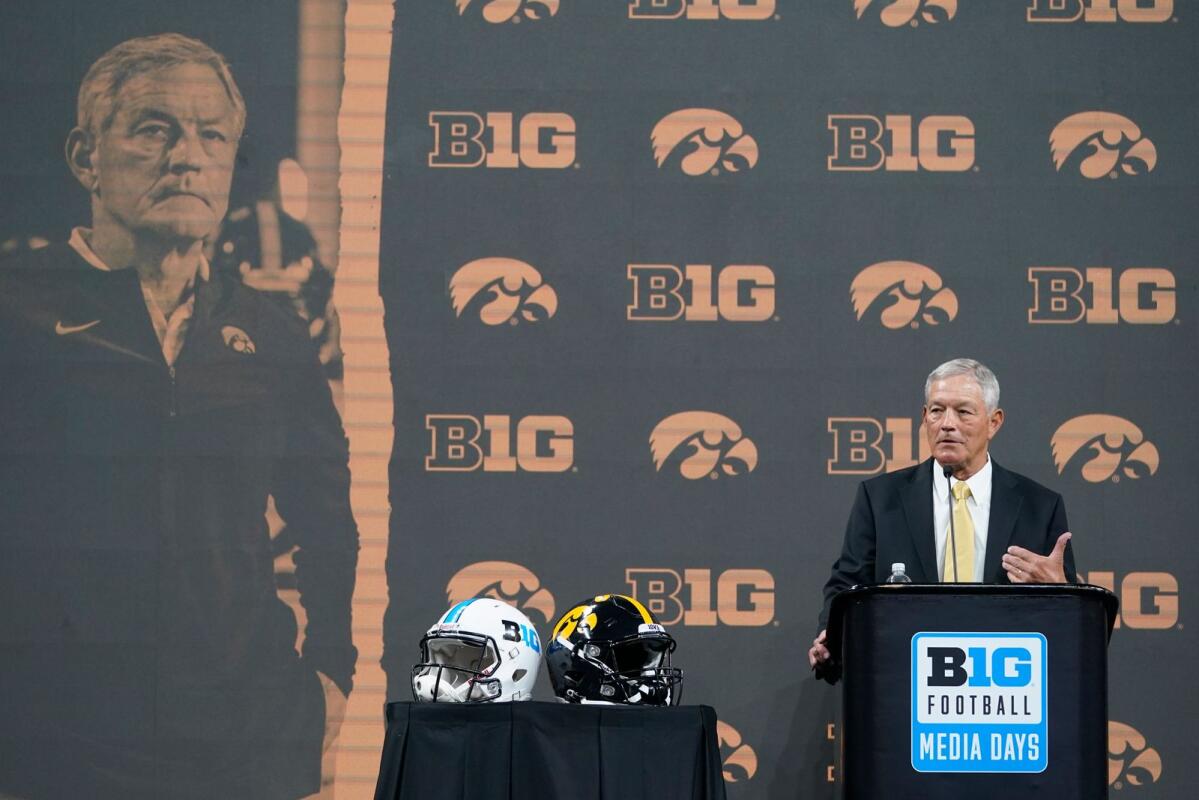 Did the Big Ten pick the right program with USC❓️