Kari Lake’s lead in the Arizona Republican primary for governor is narrow. She’s up by about 12,000 votes, less than two percentage points. If she prevails, GOP voters in the state will have advanced to the general election a slate of top state executives and a Senate candidate more closely aligned with former president Donald Trump than perhaps any other state to this point.


It is not the case, however, that the entire slate mirrors Trump’s MAGA-laced, culture-war heavy approach to politics. Kari Lake is a candidate in the Trump mold, leveraging celebrity, charisma and a willingness to reflect the GOP fringe’s complaints back to it to rise to prominence. Blake Masters, the Republican nominee for Senate, is something else.
Sign up for How To Read This Chart, a weekly data newsletter from Philip Bump
The evolution of the Republican Party has been interesting to track over the past 12 years. First, there was the tea party, a backlash against Republican elites and against the election of Barack Obama and what he embodied (politically and literally). The GOP establishment managed to keep that tea-party impulse contained until 2015, when Trump set it free. There was a hunger on the right for a bigger fight against the powerful, a hunger that trickled into right-wing media. Trump leveraged that very effectively.


Over the next six years, the Republican Party was slowly pulled to where Trump and its base of voters already were. Trump was such a powerful figure, someone so fully centered on his own position, that there wasn’t much space for alternative philosophies. MAGAism was the way. Trump was ecumenical in that he readily co-opted popular ideas and personalities as his own and in that conservatives could use him as a vehicle for their own desired outcomes. So you ended up with people like tech entrepreneur Peter Thiel — a billionaire who wasn’t obviously sympathetic to MAGA worldview — signing on to aid Trump’s transition and influence his thinking.
Then Trump lost. Schisms emerged. Even before Trump left office, people like Fox News host Tucker Carlson were working to repurpose Trump’s base in a new direction. The culture-war heavy, smack-the-libs-for-fun ethos that had made Trump so popular was a successful tactic, not a strategy. Carlson and Thiel had a strategy.
It centers on overhauling, if not shattering, the systems that undergird politics and culture in the United States. Those systems are framed as working in nefarious concert, if often only unintentionally, against regular Americans. The case made is often an explicitly economic one, but it’s intertwined with appeals to racial anxiety (often through immigration) and pro-America jingoism. It’s manifested in Carlson’s incessant “us versus them” rhetoric and in how Thiel tried to leverage his access to Trump.

Yes, this mirrors a lot of what Trump did, but again, he was being mostly opportunistic. Even “drain the swamp,” his seeming cri de coeur against the Washington establishment was something he’d picked up somewhere else. (“I didn’t like the expression ‘drain the swamp,’ ” he admitted at a 2016 rally in North Carolina. But then he said it at a rally, and “the place went crazy.”) Thiel and his acolytes want to drain the swamp and make a fortune selling gator-skin boots.
Among his acolytes is Masters. Masters was a student of Thiel who later went to work for him. Masters and J.D. Vance — Ohio’s Republican nominee for Senate — both benefited from massive contributions by Thiel to political action committees supporting their candidacies. Both have been regular guests on Carlson’s show; the New York Times dubbed Masters a “Tucker Carlson politician,” which could certainly apply equally to Vance. Both candidates have long shared a similar view of politics, of the threat to the country and of the appropriate response.
On the campaign trail, Masters’s appeals were fittingly bleak in a way that diverged from Lake. Hers were often echoes of the stuff Trump says, about the election being stolen and so on. It was a Newsmax campaign, a Mike Lindell one. Masters’s has more often been about the country being stolen.

Sam Adler-Bell’s exploration of Masters for the Times surfaces the complexity of this pitch, but it comes through in his campaign ads. Masters, standing in the desert, warning about the threat to our country. Masters brandishing a rifle he describes as being “designed to kill people.” Masters claiming that schools are “making our kids dumber” because funding is going to “systems.”
In interviews, the razor’s edge glints. Gun violence was very often a function of “Black people, frankly,” Masters said this year. The system was so broken that there might need to be a crisis to overhaul it, he told Vanity Fair in April — though “we’re already sort of in one, right?”
Masters’s arrival at politics came from walking alongside Thiel on a philosophical path. Lake, on the other hand, is a candidate born of the Trump era.

Lake’s arrival in politics came with a denunciation of the media industry for which she’d long worked as something akin to fake news. It followed several tumultuous months in which she’d feuded with her employer and shared misinformation about the pandemic. The philosophy to which she adheres seems mostly to be Trump’s: MAGA in whatever form works.
Should Lake end up winning, she and Masters will have followed similar routes to their nominations, leveraging Trump’s arguments and popularity to secure Republican votes. But they are not pointed in the same political direction.
Masters made that clear with the release of his first ad of the general election this week. It ends with the tagline: “a true independent for Arizona.” 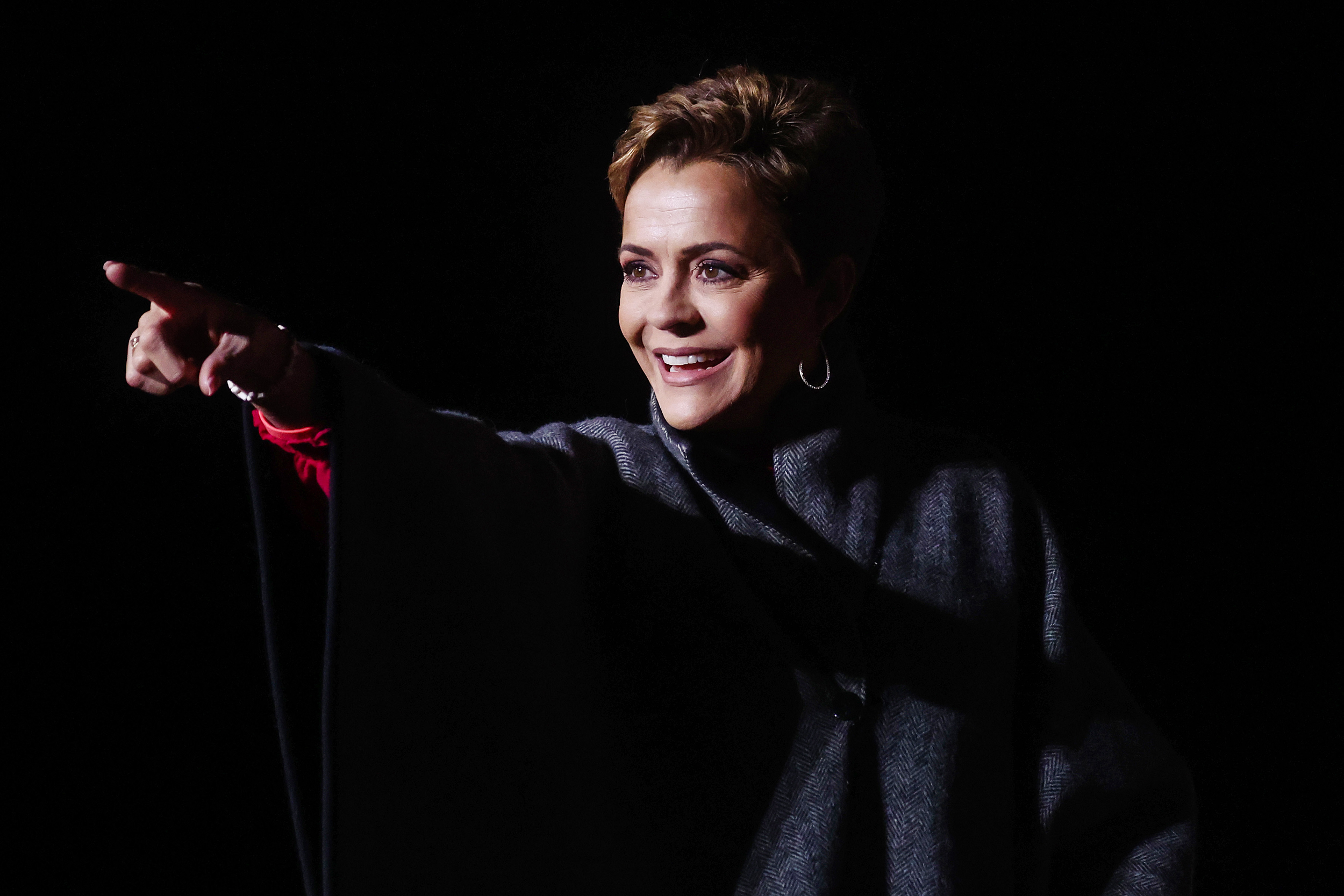 Trump-backed Kari Lake gets a hand from an unlikely source in Arizona: Democrats

The effort to call attention to Karrin Taylor Robson's past donations to Democrats mirrors the party's efforts to meddle in other key GOP primaries across the country.

Trump-backed Kari Lake gets a hand from an unlikely source in Arizona: Democrats

The effort to call attention to Karrin Taylor Robson's past donations to Democrats mirrors the party's efforts to meddle in other key GOP primaries across the country.

For the record, I don't like it either, but:

cigaretteman said:
For the record, I don't like it either, but:

cigaretteman said:
For the record, I don't like it either, but:

Yeah…I call BS. It’s wrong.
You must log in or register to reply here.

For Kari Lake, it was a ‘blowout’ win — or maybe it was suspicious

Opinion How tech billionaire Peter Thiel is scaring Republicans about 2022