Franken, who had challenged Grassley to four debates ahead of the Nov. 8 general election, said Tuesday that he accepted invitations for two debates: Oct. 4 on KCCI-TV and its CBS affiliates in the state; and Oct. 6 on Iowa PBS, according to Franken’s campaign.

Grassley’s campaign said the debates have not been finalized and that both sides are negotiating terms.


“As we said a month ago, Sen. Grassley will debate his opponent as he has in all prior campaigns,” Grassley campaign manager Matt Dailer said in a statement.


Franken, a former vice admiral in the U.S. Navy from Sioux City who directed military operations in Africa, participated in the Des Moines Register’s Political Soapbox at the Iowa State Fair on Monday.


Franken noted Grassley’s absence among the candidates speaking at the Soapbox. Grassley was at the fair Monday, sharing on Twitter that he visited a prizewinning bull and met with Veterans Affairs representatives and members of the Iowa National Guard at the veterans’ parade.


Grassley was scheduled to hold a town meeting Wednesday in Wayne County as part of his annual tour of each of Iowa’s 99 counties.


“You can’t have representative government without dialogue between elected officials and the people we represent,” Grassley said in a statement.

SANTORUM TO STATE FAIR: Rick Santorum, the belated winner of the 2012 Republican Iowa caucuses, will attend the Iowa State Fair on Thursday to advocate for a Convention of States.


Advocates for a Convention of States want to propose amendments to the U.S. Constitution. Santorum and other conservatives’ goal is to amend the constitution to limit the size and scope of the federal government, require a balanced federal budget, and place term limits on elected federal officials.


Santorum will spend time at a booth hosted by the Convention of States group and touring the fairgrounds, starting at 4 p.m. Thursday, according to a news release.


Santorum ran for the Republican nomination for president in 2012. In that year’s Republican Iowa caucuses, the state party announced Mitt Romney, the eventual nominee, was the winner on caucus night. But shortly after, a recount showed Santorum, a U.S. senator from Pennsylvania, had won.


A 31-year veteran teacher, Donahue is serving her second term in the Iowa House.


According to his campaign website, Bendixen’s priorities include “eliminating needless government spending and red tape,” supporting law enforcement, reducing taxes and ensuring Iowa students are not being taught “anti-American ideology.”


Reached by phone, Bendixen, an electrical hydraulic engineer, said he is referring to the Linn-Mar Community School District’s policies to protect transgender students from discrimination. Bendixen said he supports a parents group suing the school district to prevent the politicization of K-12 education.


The group contends the Linn-Mar policy passed in April allows children to make fundamentally important decisions about gender identity without parental involvement and hide those decisions from their parents. 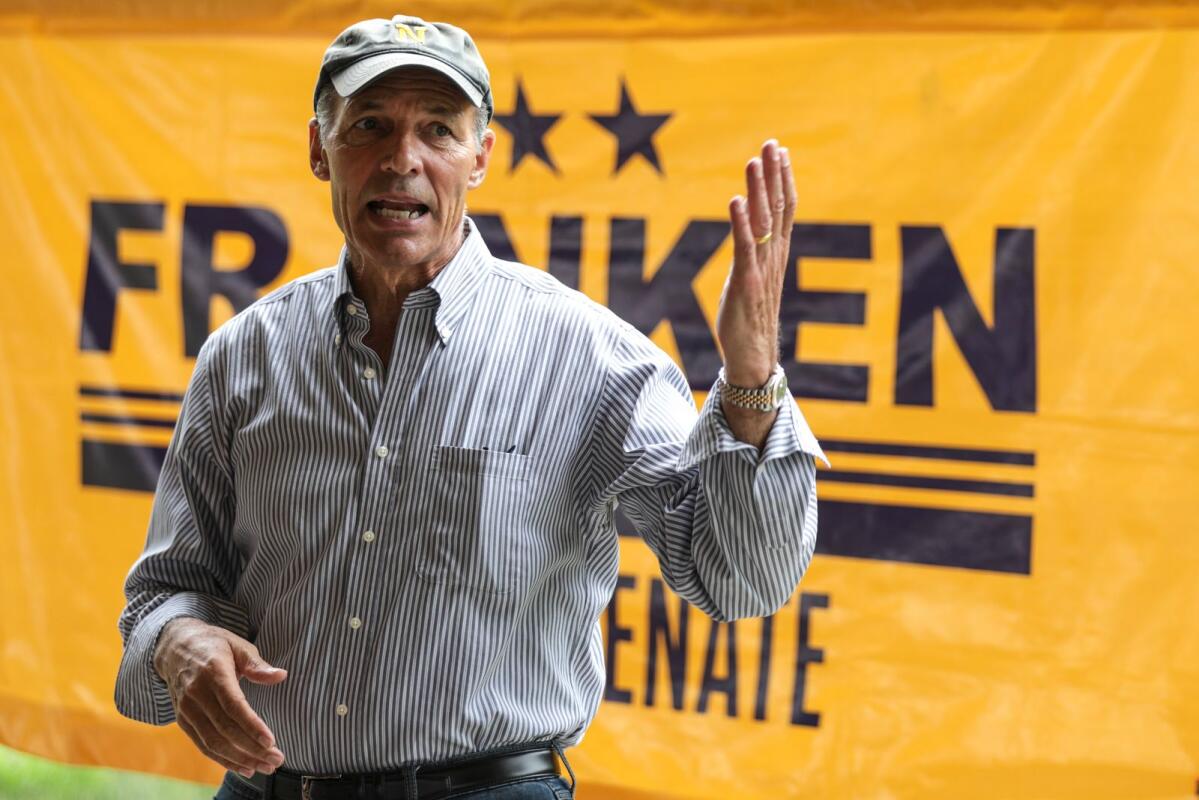 Also, Rick Santorum will be back in Iowa on Thursday at the State Fair