A 41-year-old central Iowa man was arrested Wednesday on federal charges accusing him of taking part in the Jan. 6, 2021, insurrection at the U.S. Capitol building.


Chad Heathcote, of Adel, is charged with two federal felonies: entering and remaining in a restricted building with intent to impede or disrupt an official proceeding and disorderly or disruptive conduct in the Capitol.


In charging documents, an FBI agent said witnesses came forward about Heathcote after he bragged in social media postings about being at the Capitol that day and was identified in photos shown in television reports.

Agent Tyler Johnson said Heathcote's cellphone data also indicated that he was inside the building during the attack.


Heathcote was ordered to appear for a video conference hearing on May 12. He is the eighth person from Iowa to be charged in connection with the Capitol attack.


The FBI was first notified of Heathcote's participation in a Jan. 20 anonymous letter.


It received further details in February from a witness who said Heathcote had bragged on Facebook that he'd been in Washington on the day a crowd of Donald Trump supporters stormed the building in a bid to stop the certification of Joe Biden's election victory.


FBI personnel viewing video evidence identified Heathcote as being inside the Capitol. Court documents show numerous photos of him outside and inside the building, including some showing him wearing a pink gas mask. 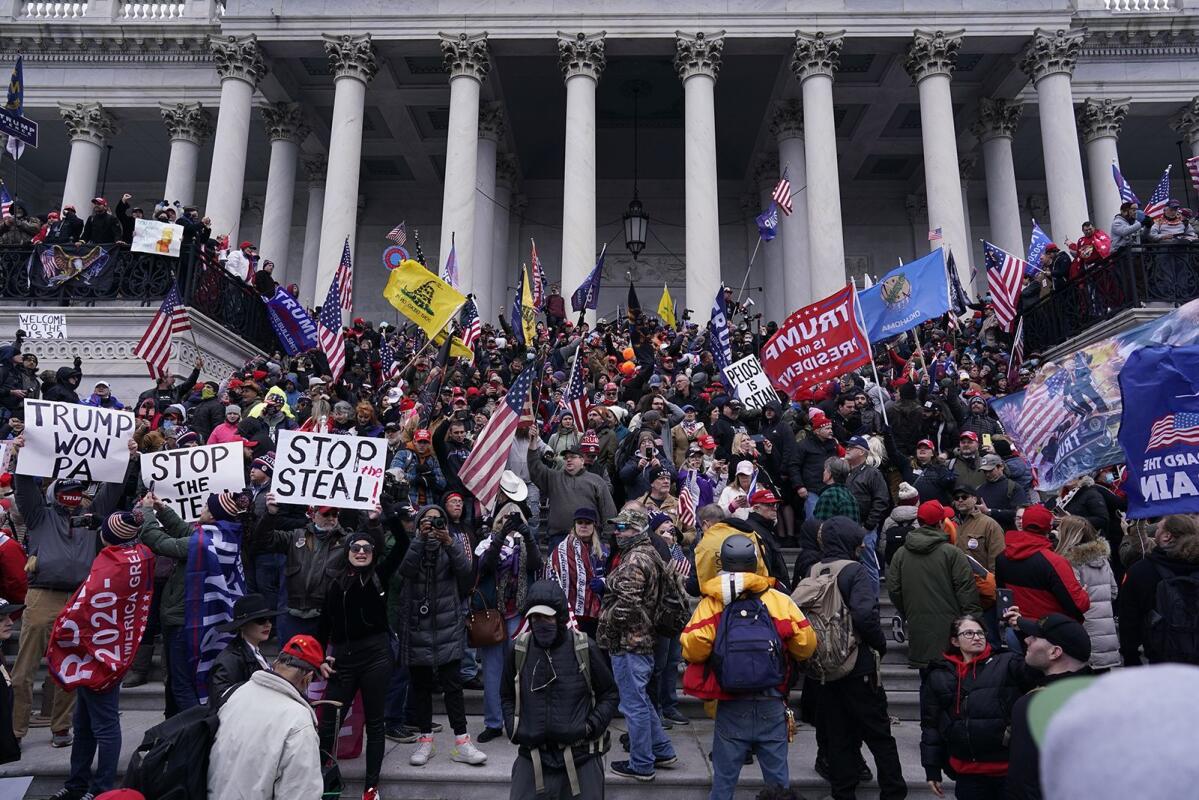 DES MOINES — A 41-year-old central Iowa man was arrested Wednesday on federal charges accusing him to taking part in the Jan. 6, 2021, insurrection at the U.S. Capitol building.

He was a tourist, damnit!
Reactions: cigaretteman

runkpanole said:
He was a tourist, damnit!
Click to expand...

What tourist worth his salt doesn’t bring a gas mask to sight see?
Last edited: May 6, 2022
Reactions: runkpanole and cigaretteman

I keep waiting to hear that the one nutcase, the dude flying all the Trump flags, in Ankeny was there. Having heard about the dude, it would actually surprise me if he wasn't.
Reactions: cigaretteman
You must log in or register to reply here.