By dominating the supply of multiple components critical to the fortunes of Tesla, the Chinese government holds so much leverage over chief executive Elon Musk’s wealth that his planned acquisition of Twitter should concern national security leaders, a dozen current and former officials involved in reviewing foreign investments told The Washington Post.

While Musk has said he would have Twitter permit an even wider range of discourse than it does today, the ability of Chinese leaders to affect Musk’s fortunes could embolden them to ask that he identify opposition and American Twitter users, block content the government considers illegal, or at least allow its own propaganda to spread unchecked, these people said.
There is no way to know how Musk and a privately owned Twitter would respond, and Musk did not answer emailed questions. But because the majority of his wealth is tied up in or backed by Tesla shares, some experts said the interagency group that reviews foreign investments should escalate its nascent probe of the deal.

“Given the volume of information, the number of users that Twitter has, and the amount therefore of sensitive personal data that Twitter has, any foreign investment is likely to be closely scrutinized,” said Richard Sofield, a partner at Vinson & Elkins who led such Justice Department reviews under the previous two presidents.
The potential access to user data alone is “clearly a significant national security concern,” said an official in the administration of then-President Barack Obama. U.S. officials have previously indicted Chinese nationals for hacking insurance company Anthem and credit reporting agency Equifax in pursuit of personal information that they feared could be cross-referenced with dossiers on U.S. intelligence officers, which were stolen from the Office of Personnel Management in 2015.
The ability to extract sensitive personal information from hospitals and insurers that could be used in counterintelligence work has been grounds enough to block or modify acquisitions in those industries, the former official said, and “obviously Twitter would be one of those things.” Like others, he asked to speak anonymously because of his previous involvement in the secretive process run by the Committee on Foreign Investment in the United States, known as CFIUS.


Led by the Treasury Department and involving representatives from Justice, Defense, State and other departments, CFIUS was granted more power in 2018 to recommend blocking acquisitions where a foreign company was not directly taking control of an American one. The Washington Post reported Wednesday that CFIUS has begun asking questions about foreign investors participating in Musk’s bid.
Musk has not been accused of wrongdoing and, in his capacity as CEO of SpaceX, a partner in launching NASA missions, he has been thoroughly vetted by the U.S. government.
The potential Chinese influence over Tesla is hard to dispute, however.
The company’s Shanghai factory accounted for nearly half of Tesla’s 2021 manufacturing, and China is one of the biggest markets for the vehicles. Last year, Musk said it would become the biggest.

Musk also must deal with all-powerful authorities there, as he recently did over coronavirus pandemic restrictions that had shut the Shanghai factory.
China is even more crucial on the supply side.
In an impact report released in May, Tesla disclosed the direct sources for its batteries, most of which were in China.
All of those listed supplied cobalt, lithium or nickel, among the most sought-after commodities in the industry. Having focused on electric battery supplies as a strategic goal a decade ago, China produces the global majority of those.
Tesla and its rivals also source minerals from Congo and elsewhere, but China has maneuvered to take ownership stakes in relevant companies there and win longtime concessions from the governments.

To increase Tesla’s negotiating power and to secure future supplies, Musk has struck long-term deals with mines in Canada, Australia and other nations.

But China not only has a near-lock on key minerals, it has another on processing those minerals, analysts said.
Musk recently floated the idea of Tesla getting into mining itself, which would take 7 to 10 years in Western countries, according to Wood Mackenzie research director Gavin Montgomery.
“In the final analysis, it is not practical to fully get out of China,” Montgomery said. “They could cut off Tesla, or they could cut off everyone. And if we end up in a crunch, China has the option of keeping that cobalt for its own domestic industry.”

Musk raised hopes for more independence from China last year, when he said he would move Tesla’s cars to iron phosphate batteries that don’t need cobalt or nickel. In April, Tesla said nearly half of its previous quarter’s new vehicles had included those types of batteries.

Unfortunately for the company, the vast majority of so-called LFP batteries also come from China.
“You would think moving to LFP would reduce some of the dependencies, but all of the LFPs he uses are manufactured in China or supplied from there,” Montgomery said.
Some U.S. intelligence analysts and White House officials are among those concerned about the potential for arm-twisting by China if Musk gets hold of Twitter.

That would not be enough by itself to formally block the $44 billion transaction: CFIUS is generally prevented from intervening when the acquirer is American, as Musk is.
“Twitter wouldn’t be a 'foreign investment in the United States,’ and it’s a stretch to use that authority to examine it,” said Matthew Turpin, a senior Commerce Department and White House China analyst until 2019, when he became an adviser to government contractor Palantir Technologies.

All the same, after allowing and then regretting some deals in semiconductors and elsewhere, CFIUS has taken a more expansive view of its authority, looking not just at the acquirer but also at its financial backers and customers. That has been especially true for Chinese minority investments in tech companies.

In another pivotal case, Obama blocked a Chinese-backed acquisition of the American business of semiconductor firm Aixtron, in part because a former Chinese customer of Aixtron had connections to the acquirer and government support.
“Where there could be Chinese interests, such as if there are Chinese operations or customers of the existing U.S. business, CFIUS is conducting a very thorough risk-based analysis regardless of how benign the transaction may appear,” the law firm Covington & Burling wrote at the time.

Then-President Donald Trump later blocked chipmaker Broadcom’s attempted takeover of Qualcomm in 2018, shortly after the former said it was relocating to the United States from Singapore. In that case, CFIUS was concerned both about Broadcom’s Chinese customers and Qualcomm’s sensitivity as a supplier to the Defense Department and other critical industries.

Former officials said that there were at least grounds to ask further questions, and that they assumed Musk’s lawyers were preparing to brief officials and head off concerns.
“It is likely CFIUS will ask for more information, and they may want a submission to flesh out national security issues,” the Obama veteran said. “In theory, could they mess up the whole deal? Absolutely.”
A member of Musk’s legal team did not respond to emailed questions.

Three steps ahead, as per usual. 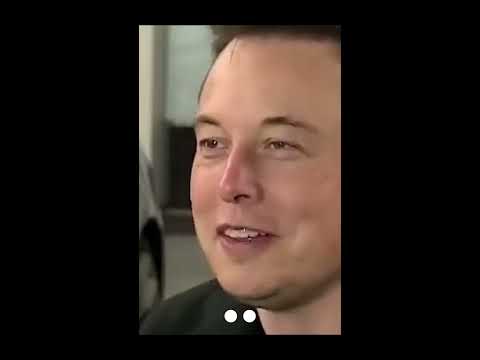 SpaceX from the past blow off Blue Origin from the futureСontact for any questions: mm.dopa.eu@gmail.com

So that's concerning but the CCP owning Tik Tok isn't....

That's concerning as well.
You must log in or register to reply here.

Elon Musk’s deal to buy Twitter is in peril

Tesla is no longer the world's largest EV producer