Neither of Iowa’s Republican U.S. senators expressed support for a nationwide ban on abortions when asked about that possibility Wednesday.


On separate conference calls with Iowa reporters, both Chuck Grassley and Joni Ernst said the issue of abortion regulations now rests with individual states after the U.S. Supreme Court ruling that eliminated what had been a federally guaranteed right to abortion access.


Grassley said his response to a question about a federal abortion ban is “pretty simple.”

“I’ve been fighting for 50 years for this to be returned to the states,” Grassley said.


Ernst said she is “adamantly pro-life” and that she is “anxious to see what the Iowa Legislature and governors will be debating on the issue.”


For a national abortion ban to pass, Republicans would have to regain majorities in the U.S. Senate and U.S. House, and win back the White House. And assuming the filibuster still is in place, Republicans would need 60 votes to pass a ban through the Senate.


Grassley also said he could not support any provision that would make it a crime for a pregnant person who lives in a state where abortion becomes illegal to have one in a state where it remains legal. Grassley said he believes such a provision would be unconstitutional.


He said the right to travel between states is “one of the principles of freedom in America.”


“We cannot stop people from traveling any place they want to,” Grassley said. “It’s a constitutional issue, and a freedom (issue).”


The Biden administration on Monday told hospitals they must provide abortion services if the life of the pregnant person is at risk, saying federal law on emergency treatment guidelines preempts state laws that now ban the procedure.


“Again, this has been referred back to the states and local authorities by our United States Supreme Court. So this is not a national emergency,” Ernst said.


“And I know that there are a lot of heated arguments and discussions that will happen because of this decision,” she said. “That’s OK.


“I just want to remind everybody that a decision has been made by an independent branch of the federal government. It will go back to those states, those governors, those elected representatives, for decisions to be made that will be right for those states.


“I don’t believe the president should have engaged that way that he did when it comes to abortion issues.” 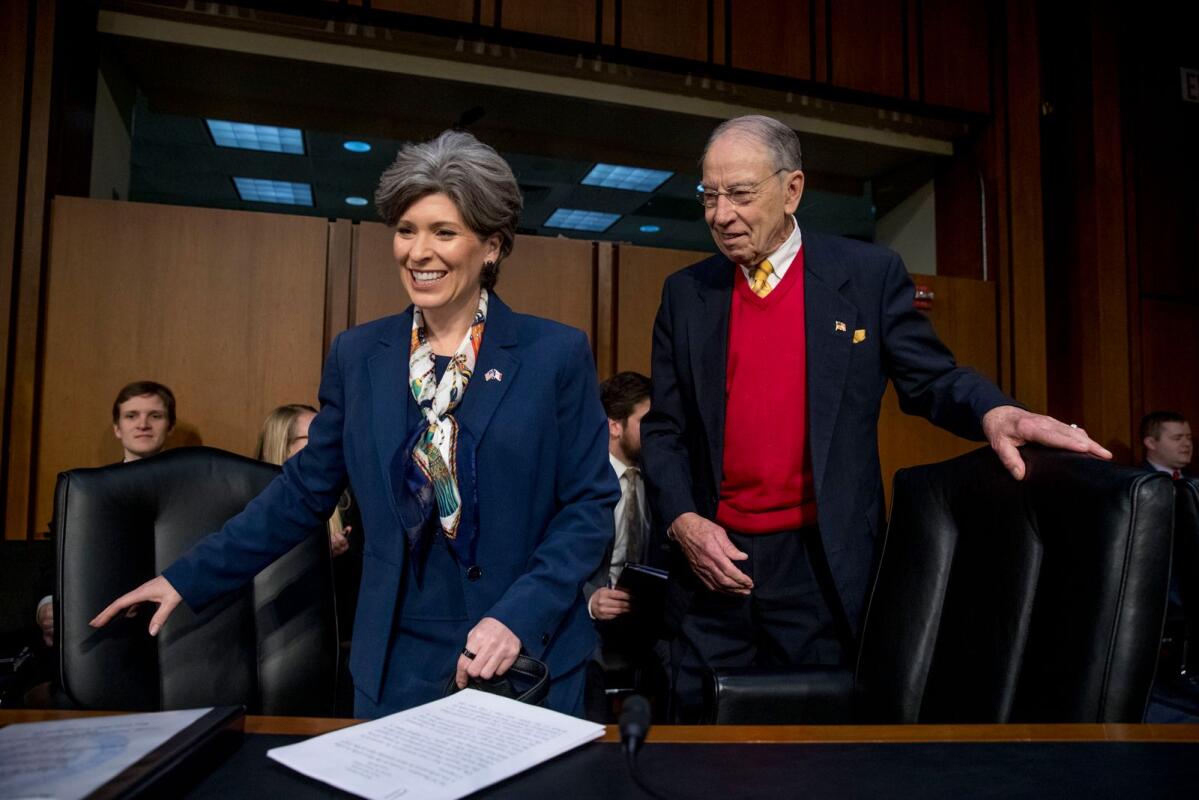 Both of Iowa’s Republican U.S. Senators say abortion regulations should be decided by individual states

We already tried controlling this from the federal level,... Very bad idea to consider taking it back there.
You must log in or register to reply here.