Climate Politics Are Worse Than You Think

By Paul Krugman
Opinion Columnist
Texas is often hot, but not like this: Current forecasts have the temperature in Dallas hitting 109 degrees Tuesday, with highs in triple digits well into next week.
Britain, on the other hand, used to have a well-deserved reputation as a cool, rainy island. But as I write, the temperature in London is projected to hit 102 degrees Tuesday.
You have to be willfully blind — unfortunately, a fairly common ailment among politicians — not to see that global warming has stopped being a debatable threat that will catch up to us only years from now. It’s our current reality, and if climate scientists — whose warnings have been overwhelmingly vindicated — are right, it’s going to get much worse.
Advertisement
Continue reading the main story


And Joe Manchin just pulled the plug on what may have been the Biden administration’s last chance to do something — anything — meaningful about climate change.

I don’t want to talk much about Manchin. In a few months he’ll probably be irrelevant, one way or another: The odds are either that Republicans will take the Senate or that Democrats, aided by the awfulness of many G.O.P. candidates, will gain some seats. And he wouldn’t have mattered in the first place but for the sickness that has infected America’s body politic.
Still, for what it’s worth, my take on Manchin is both less and more cynical than what you usually hear.
Yes, he represents a state that still thinks of itself as coal country, even though mining is now a trivial part of its economy, dwarfed by jobs in health care and social assistance — with much of the latter paid for by the federal government. Yes, he gets more political contributions from the energy industry than any other member of Congress. Yes, he has a large financial conflict of interest arising from his family’s ownership of a coal business.
Yet my guess is that his Lucy-with-the-football act has as much to do with vanity as with money. (And nothing at all to do with inflation.) His act has, after all, kept him in the political limelight month after month. And if you don’t believe that great events can be shaped, great disasters caused, by sheer personal pettiness, all I can say is that you probably haven’t read much history.

But none of this would have mattered if Republicans weren’t unified in their opposition to any action to limit global warming. This opposition has only grown more entrenched as the evidence for looming catastrophe has grown — and the likely financial cost of effective action has declined.

Let’s talk about the political economy of climate policy.
It has long been painfully obvious that voters are reluctant to accept even small short-run costs in the interest of averting long-run disaster. This is depressing, but it’s a fact of life, one that no amount of haranguing seems likely to change. This is why I’ve long been skeptical of the position, widely held among economists, that a carbon tax — putting a price on greenhouse gas emissions — has to be the central plank of climate policy. It’s true that emission taxes are the Econ 101 solution to pollution, but realistically they just aren’t going to happen in America.
Opinion Conversation The climate, and the world, are changing. What challenges will the future bring, and how should we respond to them?
The good news is that spectacular technological progress in renewable energy may offer a foundation for an alternative political strategy, one based on carrots rather than sticks. The idea — which underlay Joe Biden’s Build Back Better plan — was to rely not on taxes but on subsidies and public investment to encourage a transition to clean energy. That way climate action could be framed not as sacrifice but as opportunity, a way to create new jobs wrapped up in a broader program of much-needed public investment.
The theory, which I naïvely subscribed to, was that such a strategy, while it might be less efficient than one centered on carbon taxes, would be much easier to sell to the American people, and that there would be at least a few Republican politicians willing to sign on to policies that promised concrete rewards for workers, contractors and so on, without imposing new burdens on their constituents.
But Republicans — and, of course, Manchin — were unmoved. I don’t think they were solely motivated by the desire to see Biden fail. They’re just deeply hostile to clean energy.
There’s an obvious parallel between the politics of green energy and the politics of Covid-19. Many people chafed at the restrictions imposed to limit the pandemic’s spread; even mask requirements involve a bit of inconvenience. But vaccination seemed to offer a win-win solution, letting Americans protect themselves as well as others. Who could possibly object?
The answer was, much of the G.O.P. Vaccination became and remains an intensely partisan issue, with deadly consequences: Death rates since vaccines became widely available have been far higher in strongly Republican areas than in Democratic areas.
Advertisement
Continue reading the main story


The fact is that one of America’s two major political parties appears to be viscerally opposed to any policy that seems to serve the public good. Overwhelming scientific consensus in favor of such policies doesn’t help — if anything, it hurts, because the modern G.O.P. is hostile to science and scientists.

And that hostility, rather than the personal quirks of one small-state senator, is the fundamental reason we appear set to do nothing while the planet burns. 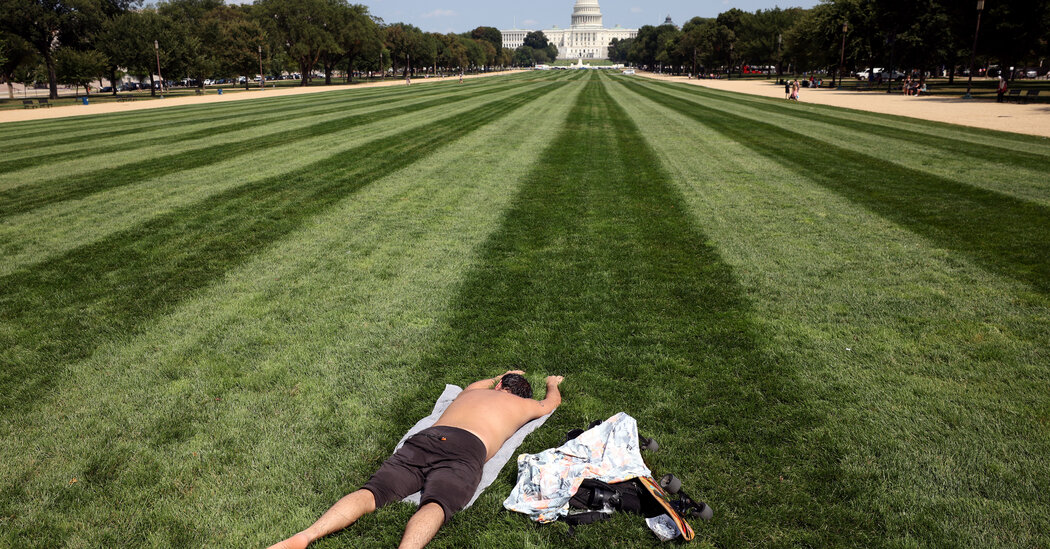 Opinion | Climate Politics Are Worse Than You Think

If only it were just about money.

It’s obvious Ciggy posts the writings of an idiot who posits himself as a serious economist in order to sit back and enjoy watching the rest of us get a huge laugh.
Thanks Cigs!

Tell that to the dumbass Texans who sit on the largest source of energy in the country yet have naively transferred 30% of their electrical grid to “renewables”.
Sun don’t shine every day and wind don’t blow all the time y’all. 🤠
You must log in or register to reply here.

Off Topic Tuesday at 6:53 PM
cigaretteman

Democrats’ side deal with Manchin would speed up projects, West Virginia gas