Comprehensive Thread: It is NOT the drag queens and trans you need to be worried about...

Edit: Thread updated to be the catchall since there seems to be a lot of this coming to light...​

Dozens of Northern California Catholic priests and church employees – some still working, others retired or deceased – are being publicly accused for the first time of sexually abusing children in their care. The allegations suggest startling new depths to the decades-long scandal that continues to rock the church and its followers.
Those new accusations – and many more – have surfaced in a wave of lawsuits washing over Catholic institutions across the state, including every Northern California diocese from Fresno to Santa Rosa. Some of the new filings allege cover-ups that protected accused predators and silenced victims.
The new names are absent from internal lists of suspected abusers that most Northern California Catholic dioceses have released in recent years.
Click to expand...

Sure, but marginalized communities like the TG make much better political punching bags.
Reactions: BelemNole and Chishawk1425

I'm worried about everybody.

People are dumb, panicky, dangerous animals and you know it.
G

I'm worried about everybody.

People are dumb, panicky, dangerous animals and you know it.
Click to expand...

Yes, Trad. We have you as a prime example.
Reactions: Jim Grizzly, Wendy79, blhawk and 2 others

A 61-year-old former church leader is facing over 20 charges for multiple sex crimes, including the sexual assault of a child, according to the Fairfax County Police Department.
A family member informed the police department in June 2022 that the victim was sexually assaulted by a member of Saint Matthews United Methodist Church in Annandale. The member, later identified by detectives as Thomas Weaver, had periodically been a leader in youth activities.
According to detectives, on multiple occasions since 2020, Weaver coerced the victim to meet him in a secluded area in Annandale. Once there, Weaver allegedly sexually assault the victim. Detectives conducted a search warrant at Weaver’s home on Wednesday where they found numerous images of child pornography.
Click to expand...

From the Fairfax County Police Department:

Weaver was taken into custody and charged with twenty counts of possession of child pornography, and five counts of indecent liberties of a minor by a custodian. He is currently being held at the Adult Detention Center without bond.
Detectives believe there may be additional victims as Weaver possibly worked as a youth leader at various churches in the past.
Detectives have not yet identified the previous locations of his employment but are asking anyone with information about this case or believe Weaver had inappropriate contact with them or their child to please call our Major Crimes Bureau.
Click to expand...

St. Matthew’s UMC is saddened and deeply troubled by this event. Our fervent prayers and heartfelt concerns go out to those directly impacted by the situation and for whom this is a troubling, triggering event. St Matthew’s UMC is fully cooperating with law enforcement on this important matter.
We urge anyone who may be able to aid law enforcement on this case, or who knows of any inappropriate actions towards children, to immediately contact law enforcement. St. Matthew’s UMC has rigorous child protection policies and is completely committed to having a safe and secure environment for all children.
Click to expand...

According to the Yuma County Sheriff’s Office, on Tuesday August 2, 2022 at approximately 1:11 p.m., a report was received of sexual offenses involving a juvenile, one of which took place in the 4400 Block of 10th Street.
The investigation revealed that Franklin Sharples, age 34, a youth pastor at Champion Church, had committed sexual offenses against the juvenile. The offenses were reported to have taken place approximately two years ago when the juvenile was 9 years of age.
Click to expand...

A suspect in the sexual abuse of a minor, Franklin Sharples, has been arrested. According to the Yuma County Sheriff’s Office, on Tuesday August 2, 2022 at approximately 1:11 p.m., a report was received of sexual offenses involving a juvenile, one of which took place in the 4400 Block of E...

Looks like its a busy day for the drag queens... Missouri, this time.

A Hermann pastor has been charged, accused of sexually abusing a child. Prosecutors in Camden County charged John Hampton, 32, with Statutory Sodomy with a Person under 12, 2nd Degree Statutory Sodomy, 4th Degree Child Molestation, and Misdemeanor Sexual Abuse 2nd Degree.
Probable cause documents state the abuse happened at a lake house in Roach, Missouri. On the probable cause statement, a Camden County detective said Hampton was a danger to the community because Hampton was a church pastor who had access to juveniles through his profession.
Click to expand...

One of Canada’s largest megachurches says it has substantiated sexual abuse allegations against former pastor Bruxy Cavey, including one involving a minor. Cavey, who was arrested and charged with sexual assault in June, was the former pastor of The Meeting House, which has multiple campuses across the Toronto area.
Ontario police arrested the 57-year-old on May 31 after an investigation into reports of a sexual assault that occurred while he served as the church’s primary teaching pastor from 1996 to 2021.
An update released by the church on Saturday announced that an investigation into Cavey’s conduct revealed two allegations of sexual abuse by a church leader and the third allegation of sexual misconduct involving an underage victim at the time of the alleged abuse.
Click to expand... 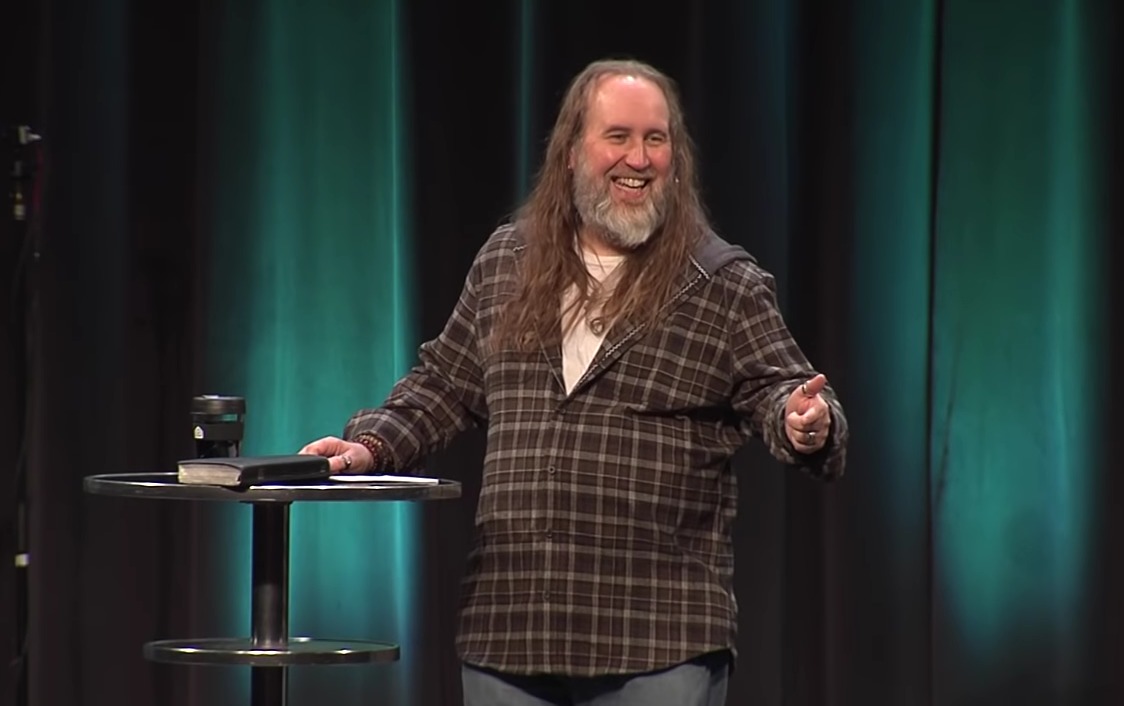 One of Canada s largest megachurches says it has substantiated sexual abuse allegations against former pastor Bruxy Cavey, including one involving a minor

MI Pastor Guilty Of Paying Boys To Have Sex With Wife​

A Kalamazoo pastor accused of paying teen boys for sex pleaded guilty Tuesday. Stricjavvar “Strick” Strickland pleaded guilty to one count of knowingly offering to sell transportation services for the purpose of engaging in prostitution, according to prosecutors.
As part of the plea deal, Strickland will spend one year in jail and he will not have to register as a sex offender or be placed on probation after he’s released, the Kalamazoo County Prosecutor’s Office confirmed.
Strickland paid teenage boys to engage in sex acts with his wife Jazmonique Strickland, investigators said. Authorities accused the couple of using their positions within the Second Baptist Church in Kalamazoo and Kalamazoo Public Schools to meet and coerce teen boys into having sex.
Click to expand... 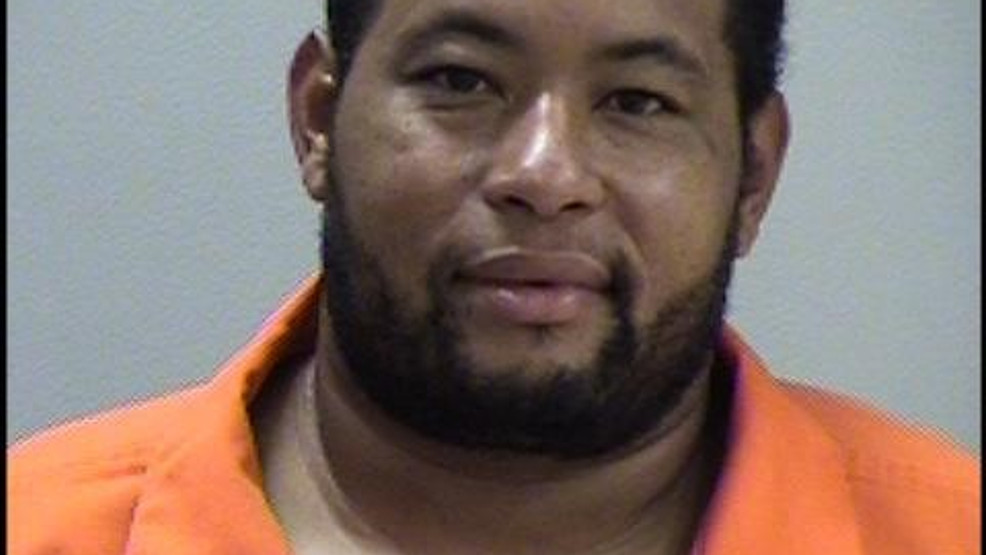 Edit: Thread updated to be the catchall since there seems to be a lot of this coming to light...​

....but if those CA priests "moonlight" as Drag Queens and Trannies, then we really DO need to still worry about them...
Reactions: BelemNole

We need to regulate youth pastors, not trans and drag queens.

"Higgins adopted the persona of a teenage girl he named Julie Miller and then used Snapchat and Instagram to start talking with underage boys, the prosecutor said."

A Burlington County man who served as a youth pastor has been indicted on charges that he sexually exploited underage boys, deceiving them into sending him explicit images, then blackmailing them into performing lewd acts so he could watch and record them remotely, authorities said Friday.
Sean Higgins, 31, of Palmyra, has been in custody since he was arrested in October 2020. He is accused of victimizing 13 boys ages 12 to 17 who were living in Pennsylvania, New Jersey, Alabama, Michigan, Minnesota, South Dakota, and Tennessee.
A grand jury this week indicted Higgins on 75 total counts that included charges of endangering the welfare of a child, aggravated sexual assault, criminal sexual contact, cyber harassment, and obscenity to a minor.
Click to expand... 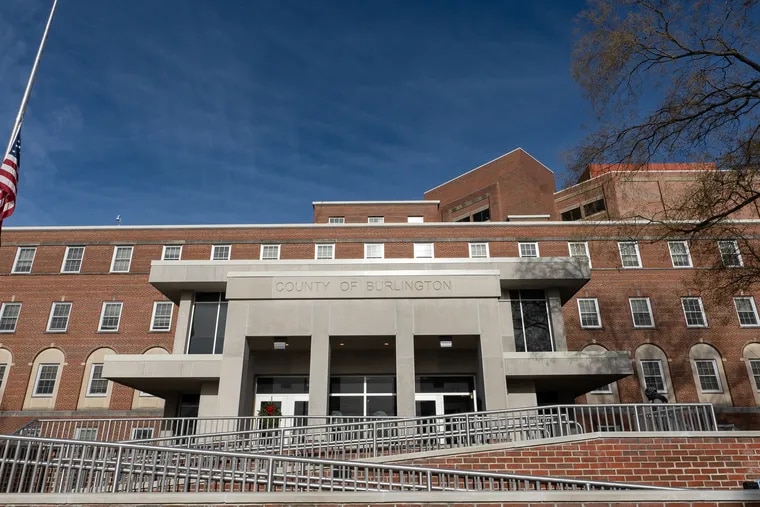 Detectives arrested Michael Canter, 38, of Abingdon, Virginia, without incident Thursday, Sept. 8 on multiple sexual assault charges against a juvenile female, according to a press release from the Washington County Sheriff’s Office.
At the time of his arrest, Canter, a resident of Washington County, Virginia, was serving as the pastor at Valley View Baptist Church in Abingdon.
Canter was charged with taking indecent liberties with a child, two counts of aggravated sexual battery and attempted object sexual penetration, police said. Canter is currently being held at the Southwest Virginia Regional Jail without bond.
Click to expand...

Another drag queen... errrrrr, I mean pastor. While the real groomers have you focused on drag queens, you might want to keep your eyes on the likes of Mr. Rice.

A former Johnson Central High School girls’ basketball coach and pastor was arrested on Sept. 21 after an indictment was handed down against him alleging sexual abuse, rape and sodomy against a minor.
Johnson Commmonwealth’s Attorney Tony Skeans said the alleged offenses were listed in an indictment against Darrin Rice, 54, of Wittensville. Skeans said the offenses were perpetrated during a time in which Rice was in a position of authority over the minor victim.
“It was alleged that he engaged in those actions with a minor which he had come in contact with while in a position of special trust and/or authority,” Skeans said.
Click to expand...

A former church pastor accepted a plea agreement in court on Friday, pleading guilty to Count II Grooming, a Class 4 felony.
Joseph Krol, 38, is accused of sending sexually inappropriate Snapchat messages to a 15-year-old minor from Oreana. A sworn affidavit said Krol asked the child to take part in a “true online confessions game” on Oct. 7, 2021 when he allegedly contacted them.
Krol was arrested in October last year. Authorities report they saw Krol grabbing his cell phone and manipulating buttons in the kitchen area. Deputies discovered Krol had reset the phone to factory settings before the arrest.
Click to expand...

From a Baptist Press report on his arrest:

Rochester First Baptist Church in Rochester, the church Krol has pastored since July 18, has suspended him from duties. A Rochester First Baptist spokesperson did not respond to Baptist Press’ request for further information.
“Dr. Krol was arrested by the Macon County Sheriff’s Department on October 15, 2021, and charged with grooming,” Rochester First Baptist said in a statement on its website. “We as a church are grieved to learn of this allegation involving Dr. Krol. Because we take this seriously, we have immediately suspended Dr. Krol from all responsibilities.
Galilee Baptist Church, Krol’s immediate past pastorate, also lamented the allegations and agreed to cooperate with authorities.
Click to expand...

DECATUR, Ill. (BP) – Illinois pastor Joseph Krol has been suspended from his ministry post after a 15-year-old minor he previously pastored accused him of sending her “sexually inappropriate” Snapchat messages.

Authorities in Fort Bend County said a former pastor will be spending the next 10 years in prison for sexually assaulting a child. The District Attorney’s announced in a press release that William Benjamin Woodward, 62, pled guilty to the charge of Aggravated Sexual Assault of a Child in June 2022. Woodward previously served as pastor for a Baptist church in Missouri City from 2009 until he was arrested in April 2021.
Click to expand...

"No one is above the law and justice requires the punishment to fit the crime,” Fort Bend Co. District Attorney Brian Middleton said.


From a Baptist Press report on his arrest:

DECATUR, Ill. (BP) – Illinois pastor Joseph Krol has been suspended from his ministry post after a 15-year-old minor he previously pastored accused him of sending her “sexually inappropriate” Snapchat messages.

#Bride&Groomer
Reactions: NoleATL
You must log in or register to reply here.

Episode 13,498 of: "Its not trans people in bathrooms parents need to be worried about"

What is it about GOP candidates and mocking the disabled?

Opinion Take it from the ad buys: The GOP ‘nihilistic negation’ agenda is nigh

Opinion: Republicans lied about the need for a Jan. 6 commission. There is a lot it already uncovered.

The world created about 8 million tons of pandemic plastic waste, and much of it is now in the ocean