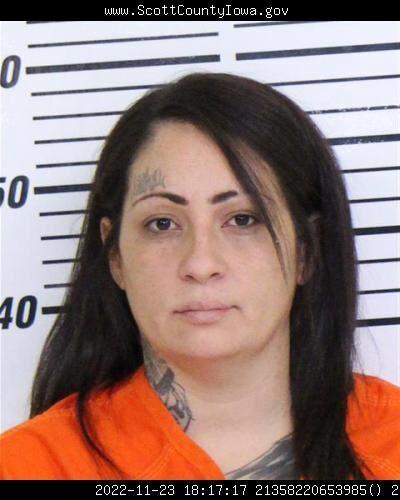 A Davenport woman who has been on parole for four months from the Iowa Department of Corrections for a 2016 cocaine trafficking conviction was arrested Wednesday by Bettendorf Police for allegedly peddling methamphetamine.
Jessica Christine Burton, 33, is charged with one count of possession with the intent to distribute more than 5 grams of methamphetamine. The charge is a Class B felony under Iowa law that carries a prison sentence of 25 years.
Burton also is charged with one count of violating Iowa’s drug tax stamp law, a Class D felony that carries a prison sentence of five years.
According to the arrest affidavit filed by Bettendorf Police Sgt. Joshua Paul, on Wednesday at 2:23 p.m., officers served a search warrant at Burton’s residence, 319 W. 16th St., Davenport.

Officers had followed a vehicle in which Burton was a passenger and made contact with her at the house. Burton was found in possession of 35.8 grams of methamphetamine what she had in her pocket.

Police have said that one-tenth of a gram is the normal dose of methamphetamine, meaning Burton possessed 358 doses of meth.

In a post-Miranda interview Burton admitted to officers the meth was hers.
During a first appearance hearing Thursday in Scott County District Court, Magistrate Eric Syverud scheduled a preliminary hearing on the charges for Dec. 2.
Burton was being held Thursday night in the Scott County Jail on a bond of $30,000, cash or surety.


Burton is on parole from the Iowa Department of Corrections until June 8, 2023, according to DOC electronic records.
On July 15, 2016, Burton was arrested as part of a drug investigation by the Quad-City Metropolitan Enforcement Group. During that investigation, on three occasions in May of 2016 Burton sold a quantity of powder cocaine to an undercover MEG agent.

On Oct. 21, 2016, Burton pleaded guilty to one count of possession with the intent to deliver cocaine and the child endangerment charge. On Dec. 2 of that year, Scott County District Court Judge Henry Latham sentenced Burton to four years on probation.
On March 31, 2017, Assistant Scott County Attorney Nathan Repp filed an application to revoke Burton’s probation as she had absconded. An arrest warrant was issued April 2, 2017.

On July 31, 2018, Burton was arrested in Henry County, Illinois, on charges of possession of meth less than 5 grams, obstruction of justice-destroying evidence and possession of a hypodermic syringe.
Burton was released from the Henry County Jail on Oct. 18, 2018, pending trial on the drug charges. She was then taken into custody by Scott County authorities.


During a probation revocation hearing on Nov. 1, 2018, her probation was revoked and Scott County Chief District Judge Marlita Greve sentenced Burton to 10 years in prison on the cocaine trafficking charge and a concurrent term of two years in prison on the child endangerment charge.
According to Henry County Circuit Court electronic records, on Feb. 21, 2019, the Henry County drug charges were dropped as Burton was in the Iowa Correctional Institution for Women in Mitchellville.

Burton was paroled from prison on July 8 of this year. 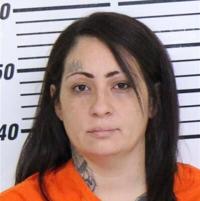 I guess if your going to do it, might as well do it right

Impressive ability to adjust on the spot or maybe on the run
Reactions: cigaretteman

h-hawk said:
Impressive ability to adjust on the spot or maybe on the run
Click to expand...

So she learned about the coke thing being bad and stopped.

But leveraged her existing skill set for a different product?
Reactions: What Would Jesus Do?, nu2u, cigaretteman and 1 other person

fsu1jreed said:
I guess if your going to do it, might as well do it right
Click to expand...

That is definitely not right.

Gay? That's a thrill ride right there. It would be worth a throw just to see all of her tattoos.
Reactions: fsu1jreed, cigaretteman, mthawkeyes and 1 other person

lucas80 said:
Gay? That's a thrill ride right there. It would be worth a throw just to see all of her tattoos.
Click to expand...

Plus you get the excitement of wondering which diseases you are risking.
Reactions: fsu1jreed and cigaretteman

cigaretteman said:
Police have said that one-tenth of a gram is the normal dose of methamphetamine, meaning Burton possessed 358 doses of meth.
Click to expand...

Only in Iowa. The rest of the world if you made a line for someone that was that size this story would be about murder charges.
Reactions: fsu1jreed

Wood. She seems like a nice person that just wants to have a good time.
Reactions: lucas80, Tunadog and fsu1jreed
You must log in or register to reply here.

I wonder which Seminole poster we lost here!