Disappointed but undeterred, Reynolds pledges to see through court fights over abortion restriction


Speaking to reporters, Reynolds said she was “disappointed” in the Iowa Supreme Court’s recent rejection of her request that the high court rehear an abortion case in order to establish legal standards for future restrictions on abortion access in Iowa.


However, Reynolds said she remains undeterred in her belief that it is the proper strategy to continue pursuing legal remedies to a pair of abortion restrictions already passed into law by her and her fellow Statehouse Republicans.

Reynolds wants the Iowa Supreme Court to rehear a case involving the law that requires a 24-hour waiting period between the first doctor’s appointment and when a pregnant person has an abortion, and wants the district court to lift the injunction on a 2019 law that would ban abortions after six weeks of pregnancy, which often is before most individuals know they are pregnant.


“We’re going to fight this in the courts,” Reynolds told reporters Tuesday. “And we’re going to stick to that course until we have run that, and then we’ll step back and see what to do next. But for right now, that’s the strategy that we’re going to implement.”


By seeing those laws through the courts, Reynolds punts the possibility of calling a special session of the Iowa Legislature in order to pass new legislation that would restrict access to abortion.


Reynolds has not yet officially made the request to lift the injunction on the six-week law, according to state court records online. She said Tuesday that is “the next step” in her office’s strategy.


Reynolds said she prefers going through the courts because that strategy employs two pieces of legislation that have already been approved by the Republican-majority Iowa Legislature and received her signature. And she said it would be futile to pass new legislation that would restrict access to abortion without first knowing how the state courts will assess the constitutionality of any new law.


“(The previous law) is on the book, so we wouldn’t gain anything by doing anything different,” Reynolds said. “So we have to go through the process that we have in front of us, and that is the legal process. … And then, depending on where that ends up, then we’ll reassess what the next steps look like.”

The legal landscape for abortion restrictions has been wiped clean after recent rulings by the U.S. and Iowa Supreme Courts that essentially revoked a pregnant person’s right to abortion access.


For now, abortion remains legal in Iowa up to 20 weeks of pregnancy. The 24-hour waiting period law is now in effect. 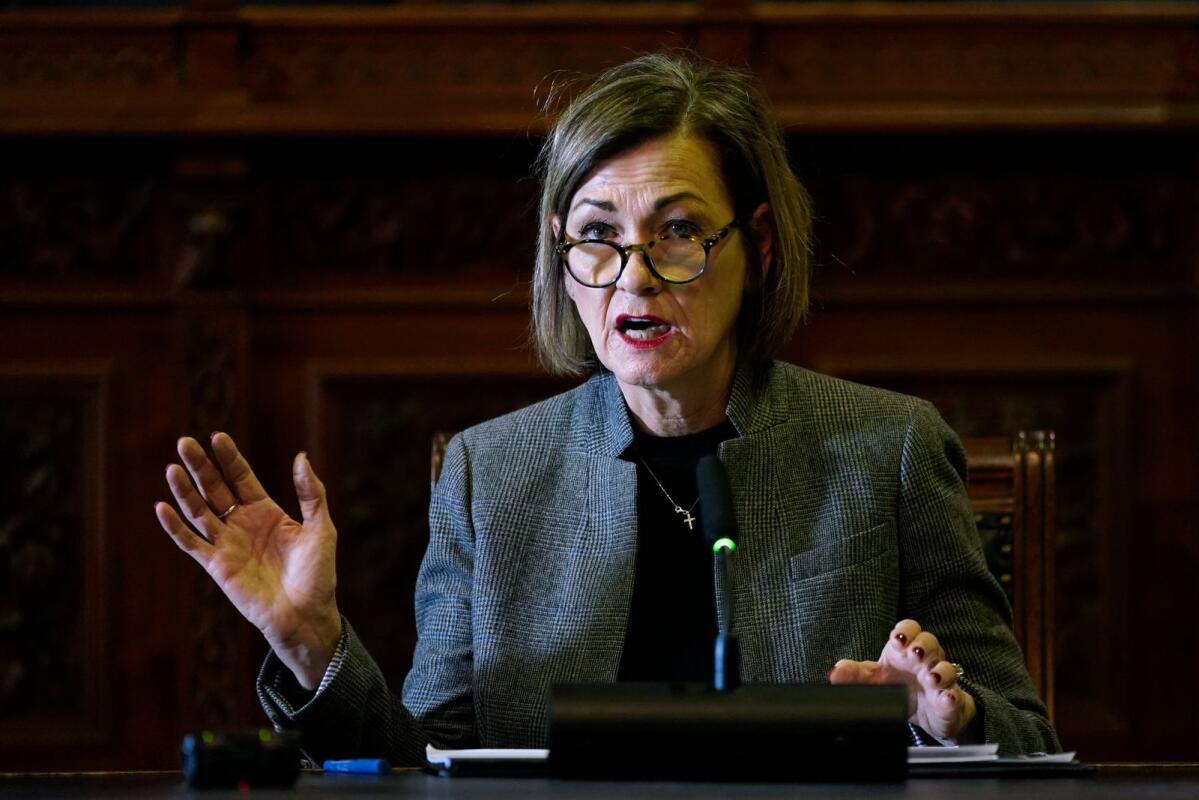 Reynolds pledges to see through court fights over abortion restriction

Iowa Gov. Reynolds asks courts to allow ban on abortions at 6 weeks to go into effect