By Paul Krugman
Opinion Columnist
The lesson from Wednesday’s consumer price report was, to a large extent, in the eyes of the beholder.
Team Transitory — a term I’m stealing from the economic analyst George Pearkes — was encouraged by the fact that July’s inflation was substantially lower than June’s. That is, those arguing that recent price increases reflect temporary disruptions as we recover from the pandemic rather than an underlying inflation problem — a group that includes White House economists, many progressives and yours truly — found the report reassuring.
Other reasonable economists were not as sanguine, pointing out that inflation is still running hot and warning that we may soon see substantial increases in rent, which is a big part of the Consumer Price Index. And I’ll concede the possibility that above-normal inflation may prove persistent enough that the Federal Reserve will want to tighten monetary policy sooner than it now expects. I don’t think that’s going to happen, but I’m not confident enough in that judgment to rule out the possibility.
Even if inflation is a bigger problem than the Biden administration or like-minded economists think it is, however, what are the implications beyond monetary policy? In particular, is the risk of inflation a reason for Democrats to scale back their plans to invest in America’s future?
Advertisement
Continue reading the main story


No, no, 3.5 trillion times no.
Much of the media coverage of the budget resolution just approved by the Senate on a party-line vote — a resolution that lays the foundation for $3.5 trillion in new spending — suffers from two common problems in fiscal reporting: lack of quantitative context and failure to distinguish clearly between spending increases and fiscal stimulus, which aren’t necessarily the same thing.
On the first point, yes, $3.5 trillion is a lot of money. But this is spending intended to help rebuild the U.S. economy — and the U.S. economy is enormous. Bear in mind that we’re talking about a long-term spending plan, under which the money would be gradually disbursed over a decade. And America’s G.D.P. over that decade is likely to be in the vicinity of $300 trillion — the Congressional Budget Office says $287.7 trillion.

So ignore headlines that describe the plan as “massive” or “enormous.” It’s a plan that could make a big difference to many Americans’ lives and help build a better future. But it’s only a bit over 1 percent of G.D.P. That wouldn’t be enough to cause serious inflation problems even if all of the spending were paid for with borrowed money.
And the budget resolution doesn’t envision pure deficit spending. That is, it isn’t like the American Rescue Plan, earlier this year, which was financed entirely with debt.
On the contrary, Democrats are proposing to pay for most of the new spending with new taxes on the wealthy (plus collecting the taxes the wealthy owe but haven’t been paying). And this means that higher spending on roads and child care would be offset by lower spending on superyachts and helicopters to the Hamptons. In other words, if you’re worried that the Democratic plan would overstimulate the economy, bear in mind that it would provide less stimulus than the headline spending numbers might suggest.

But if the plan isn’t about stimulus, what is it about? Mainly investment — and that reduces the inflationary risks even further. Spending on physical infrastructure, both in the bipartisan bill the Senate has already passed and in the likely future Democrats-only bill, would alleviate the supply bottlenecks that have played a big role in recent inflation, while making workers more productive.
What about spending on “human infrastructure”? There’s strong evidence that aiding families with children will make America richer and more productive in the long run, but to be fair, those benefits would take a long time to materialize. Federal support for child care and universal pre-K would, however, also yield much quicker results, in particular helping more women enter the paid work force. This would expand the economy’s capacity, which is exactly how you want to fight inflation if you can manage it.
So what’s all this about? I don’t know whether people like Joe Manchin expressing anxiety about inflation are truly misinformed or are just trying to signal that they’re to the right of their colleagues.
If they’re sincerely worried about inflation, I’d urge them to have their staffs do the math. Anxiety about the inflationary impact of public investment just doesn’t make sense if you work through the numbers.
If it’s just signaling, well, OK, politics is what it is. But I’d urge them to find a way to send their signals without undermining their party — and their country.
For the fact is that America desperately needs to invest in its future — both in hard assets like roads and bridges and in its people, especially its children. And there are no good economic reasons not to make those investments. Debt isn’t a problem given low interest rates; inflation wouldn’t be a problem given the economy’s ability to absorb higher government spending.
Build we can, and build we must. 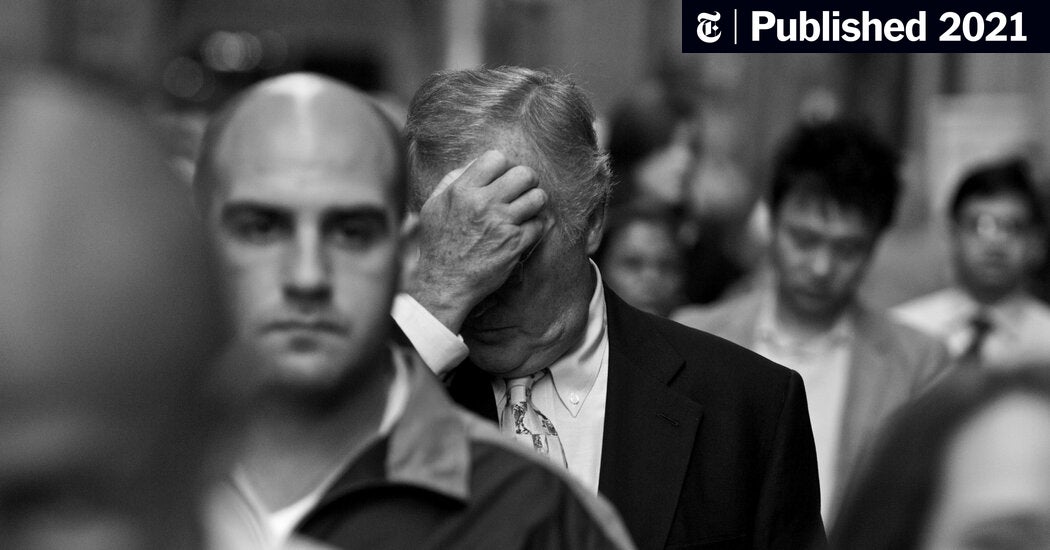 Please, Senator Manchin, do the math.

Lol…Krugman
You must log in or register to reply here.

Would You Rather Have Inflation or Raise Taxes?

Will High Interest Rates Wreck America (and Maybe the World)?

Off Topic Wednesday at 9:35 AM
What Would Jesus Do?

Opinion 6 things people believe about politics that are totally wrong