Donald Trump recalibrates his standing in GOP after primary setbacks

Donald Trump has long been the dominant force in Republican politics, but as he has faced a spate of setbacks in recent weeks — punctuated Tuesday night by the defeat of his favored gubernatorial candidate here in Georgia — the former president has been privately fretting about who might challenge him.
Trump has been quizzing advisers and visitors at his Mar-a-Lago resort in South Florida about his budding rivals for the 2024 Republican presidential nomination, including his former vice president, Mike Pence, and Florida Gov. Ron DeSantis (R).
Among his questions, according to several advisers, who like others spoke on the condition of anonymity to describe private conversations: Who will actually run against him? What do the polls show? Who are his potential foes meeting with?
He also had revived conversations about announcing a presidential exploratory committee to try to dissuade challengers, they say, even as some party officials and advisers continue to urge him to wait until after the midterm elections to announce that he’s running.
ADVERTISING
Trump’s deliberations follow prominent defeats this month for chosen candidates in Idaho, Nebraska, North Carolina and now Georgia, where former senator David Perdue was defeated Tuesday by Trump’s arch-nemesis, Gov. Brian Kemp, who refused his entreaties to overturn the election he lost in the state in 2020. The defeats were driven by rival Republican power centers amid a growing sense that Trump may not hold the dominant sway he once had over the party.
What to know from the May 24 Georgia primaries
1:09
Of the many states running primaries or runoffs on May 24, Georgia took center stage. Here’s what you need to know. (Video: Adriana Usero/The Washington Post)
Press Enter to skip to end of carousel

Throughout Georgia, Republican voters said they simply dismissed Trump’s sharp criticisms of Kemp and overwhelmingly elected the incumbent governor, delivering a remarkable repudiation of the former president by giving Kemp a victory of about 50 percentage points.
“I voted for him twice. Would I do it again? No!” said Vijah Bahl, a 65-year-old developer who attended Kemp’s election night party Tuesday at the College Football Hall of Fame. “Trump’s divisiveness hurt Perdue here and his endorsement backfired. It wasn’t really his content but his delivery. And Trump can be a very vindictive person.”
Over the din of a lone country crooner on the stage, Jim Braden, a 62-year-old developer, stood near the front of the makeshift indoor football field and said it was an easy choice to pick Kemp for governor.
“We’re not like the rest of the country that’s going to follow the lie,” he said of Trump’s false claims to winning the 2020 election.
In his victory speech, Kemp did not mention Trump and barely mentioned Perdue. “Even in the middle of a tough primary, conservatives across our state didn’t listen to the noise. They didn’t get distracted,” he said. “Georgia Republicans went to the ballot box and overwhelmingly endorsed four more years of our vision for this great state.”
That Trump spent more than $2.5 million on behalf of Perdue, held a rally in Georgia and relentlessly attacked Kemp but was still defeated was the latest sign that his influence over the Republican Party, while considerable, has receded somewhat in recent months. In another defeat for Trump, Brad Raffensperger, the Georgia secretary of state who resisted Trump’s calls to “find” votes in 2020, was far ahead of his opponent, Trump-backed Rep. Jody Hice.
The Republican Governors Association steered $5 million to defeat Perdue after backing victors against Trump picks in Nebraska and Idaho. The emerging field of 2024 rivals have grown increasingly bold in their willingness to campaign against his interests. And in the U.S. Senate, all but 11 Senate Republicans joined with Democrats on a recent military aid bill for Ukraine, despite Trump’s criticism of the measure as a misplaced priority given the domestic baby formula shortage.
“Donald Trump is truly the leader of the party right now, but there are many people, particularly those in elected office, who also stake a claim to the ‘America First’ agenda,” Trump’s former White House counselor Kellyanne Conway said Tuesday during a Washington Post Live event when asked about the growing dissent within the party.
People gather for Gov. Brian Kemp’s Republican primary election watch party in Atlanta on May 24. (Dustin Chambers/Reuters)
The former president has also found himself fighting in races in Ohio, Alabama and Pennsylvania against the Club for Growth, a deep-pocketed conservative group that once advised him. His candidate for Senate in Pennsylvania, Mehmet Oz, is locked in a tight race headed for a recount after the May 17 primary there and has ignored Trump’s repeated calls to declare victory before all ballots are counted. And Trump’s pick for governor in Pennsylvania, Doug Mastriano, found his primary victory marred last week by a statement from the RGA suggesting that the group did not see him as a competitive candidate.
The shifts add up to the biggest challenge to Trump’s self-image — “The king of endorsements,” he recently boasted — since his role in the Jan. 6, 2021, riots at the U.S. Capitol thrust his party into temporary chaos. Few in the party still publicly oppose or criticize him while seeking elected office, but a growing group has been working overtime to show that he can be ignored and is not infallible.
Trump’s endorsements in the 2022 Republican primaries
Trump has publicly batted away such concerns as he has vowed to allies that he plans to run for president again.
“I looked at the polls, and I’m ahead by 60 or 70 points,” the former president said during a recent interview with The Post at Mar-a-Lago, when asked about his Republican opponents for the 2024 nomination, without citing a specific poll. He repeatedly bragged that he “made” several of them, or argued they owed him loyalty.
When asked about other Republicans, like Sen. Ted Cruz (R-Tex.), who have repeatedly campaigned against his endorsees, Trump said he was watching closely.
“This is their prerogative,” he said. “People can do that, but it doesn’t mean I have to like it.”
But privately, his team increasingly expects Republican challengers — potentially including DeSantis, Pence, former secretary of state Mike Pompeo and former New Jersey governor Chris Christie, along with others — to come after him in 2024. Among his advisers biggest concerns though is that DeSantis, who has dominated chatter among Republican operatives and donors, takes Trump on.
“My guess is a lot of people run against him,” said Tony Fabrizio, his longtime pollster, if Trump announces he’s running.

Soooooooo..... repubs want to separate themselves from trump....Trump..... like we have been saying for awhile.
Reactions: NCHawk5

Whiskeydeltadeltatango said:
Soooooooo..... repubs want to separate themselves from trump....Trump..... like we have been saying for awhile.
Click to expand...

The sane ones do. They are sadly in the minority within the party as it stands today.
Reactions: 3 and Out on D

This is bad news for the Dems. People are moving past Trump and they still are displeased with Biden based on the polls.
Reactions: NCHawk5

onlyTheObvious said:
This is bad news for the Dems. People are moving past Trump and they still are displeased with Biden based on the polls.
Click to expand...

What's really curious is that Trump still has some influence, but virtually nobody wants Biden's support.

cigaretteman said:
The sane ones do. They are sadly in the minority within the party as it stands today.
Click to expand...

Except the OP clearly says that is false.
Reactions: NCHawk5
N

onlyTheObvious said:
This is bad news for the Dems. People are moving past Trump and they still are displeased with Biden based on the polls.
Click to expand...

Yep. The population cannot be lied to by the Biden administration. Ultra MAGA tax plan is my favorite one, Jesus they’re just terrible liars. Even some Dems are not falling for their garbage.
N

Whiskeydeltadeltatango said:
Except the OP clearly says that is false.
Click to expand...

Trump is dying a slow political death and all the metrics show that. This a good thing for the Republican Party and the country. There are only seems to be two groups of people that are upset about this. MAGAts and Dems who know they cant win with Biden in 2024 unless Trump is on the ticket.
Reactions: onlyTheObvious

This is the opposite conclusion Politico came to after looking at the Ohio numbers. Trump is popular in too many important states. 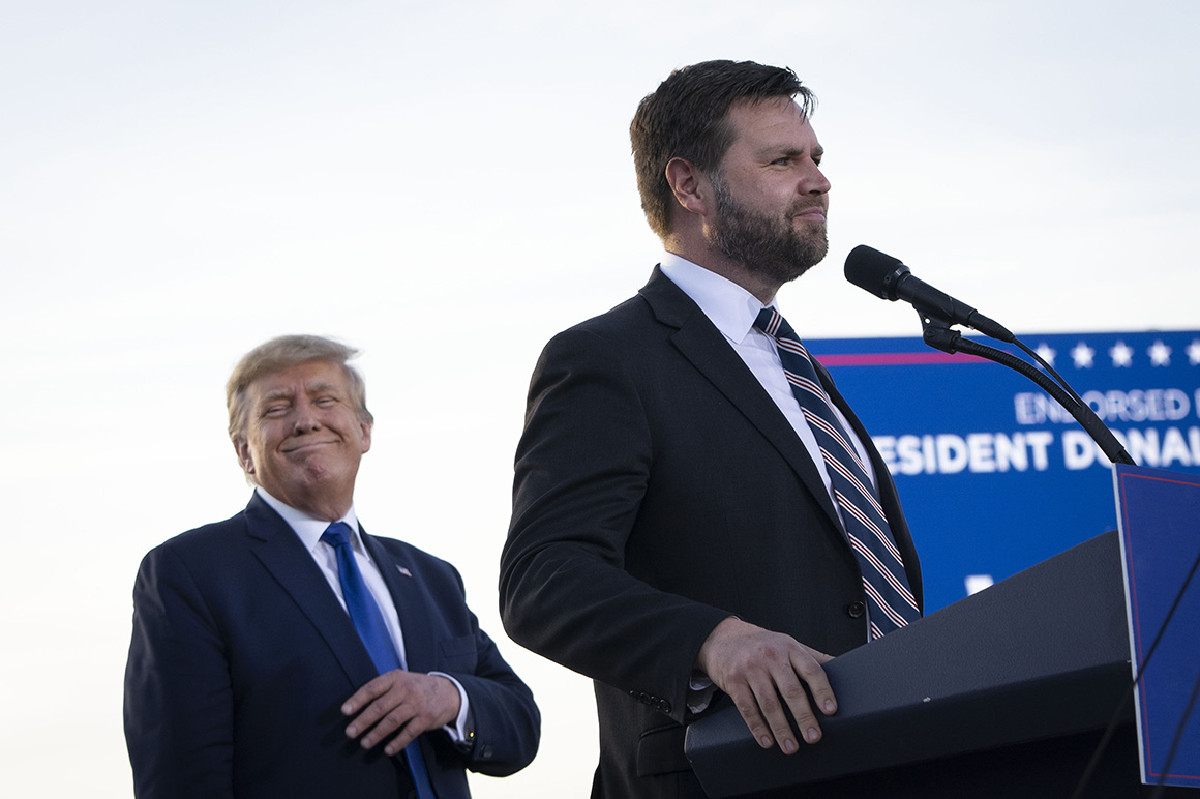 Ohio was a test case for 2024. The GOP establishment looks screwed.

The Senate contest provided important clues about the size and shape of a key group of voters.

All of this talk reminds me of other races when someone was a lock for the nomination two years out. In 66 nobody could beat LBJ for 68. In 78 Kennedy was a lock for 80 as were John Anderson or George Bush in the GOP. In 90 Cuomo was the best bet for 92. Of course in 96 who can forget that Lamar Alexander would wear his flannel shirt during the inaguration of 2000. In 2002 everybody knew Howard Dean would lead the Dems back into the White House come 2004. In 2006 it was a given that HRC would be the nominee in 2008. In 2014 everybody felt the Bern for 2016 and then once again in 2018 looking ahead to 2020.
Reactions: Finance85 and cigaretteman

soybean said:
All of this talk reminds me of other races when someone was a lock for the nomination two years out. In 66 nobody could beat LBJ for 68. In 78 Kennedy was a lock for 80 as were John Anderson or George Bush in the GOP. In 90 Cuomo was the best bet for 92. Of course in 96 who can forget that Lamar Alexander would wear his flannel shirt during the inaguration of 2000. In 2002 everybody knew Howard Dean would lead the Dems back into the White House come 2004. In 2006 it was a given that HRC would be the nominee in 2008. In 2014 everybody felt the Bern for 2016 and then once again in 2018 looking ahead to 2020.
Click to expand...

If the DoJ had any balls, Trump would be standing trial well before the 2024 primaries. They don't so Trump won't. That said, a few more defeats like Georgia and Trump might consider not running.
Reactions: CarolinaHawkeye and cigaretteman
N

cigaretteman said:
The sane ones do. They are sadly in the minority within the party as it stands today.
Click to expand...

I think the point of this article refutes your position.
You must log in or register to reply here.

Pence appearing in Ga. to campaign against Trump-backed gubernatorial hopeful