Dorman: ‘Largest’ tax cuts are piling up in Iowa


Gov. Kim Reynolds signed legislation this week authorizing tax reductions adding up to $1.9 billion annually once fully phased in over five years. Iowa’s top income tax rate will drop to 3.9 percent, along with cuts to business taxes and the elimination of the tax on retirement income.


Reynolds says the cuts send a message that Iowa is “open for business.” But Iowa’s “open” sign has been blinking desperately for the better part of three decades.

An analysis by the Iowa Department of Revenue released at the end of 2020 showed that all the tax cuts, credits and exemptions on the books at that time added up to more than $15.9 billion annually. That’s up from $12.1 billion in 2010 and more than double the $7.1 billion in cuts on the books in 2005.


As a point of reference, Iowa’s entire general fund budget this year is $8.1 billion.

Will this be the package of cuts that makes Iowa an economic juggernaut and a magnet for business and talent? Well, I’m old enough to have seen at least five largest tax cuts in Iowa history, each one sold as making Iowa more competitive.


In 1995, a bipartisan bill that eliminated the property tax on industrial machinery and equipment, among other reductions, was estimated at $950 million over six years.


“The 1995 tax cut package has been hailed by business leaders as the most significant boost for business and job opportunities ever passed by the Legislature,” said Democrat Leonard Boswell, then the Iowa Senate president, in a Gazette op-ed July 17, 1995.


In 1997, the Republican-controlled Legislature said, “Hold my beer.” Thanks to a large budget surplus, lawmakers passed another bipartisan tax cut package reducing income taxes by 10 percent, to the tune of $200 million annually.


“This is a significant step forward in improving Iowa competitiveness,” Gov. Terry Branstad said as he signed the tax cuts into law.


By 2001, with the surplus gone, a national recession spawned a revenue shortfall that pushed the state budget into the red.


So Iowa languished for several years without another largest tax cut in Iowa history. But lawmakers did launch a squadron of tax credits and exemptions, mostly for business, during the 2000s. They were, you guessed it, hoping to make Iowa more competitive.


In 2013, Branstad signed another largest tax cut in Iowa history, a package of commercial property tax cuts and business credits estimated at $3.8 billion over a decade. As with the machinery and equipment cut, local governments received backfill payments that were eventually discontinued.


In 2018, Reynolds signed the largest tax cut in history, a $2.8 billion phased in income tax reduction. But that was just an appetizer for the cuts she signed this week.


And those are just a prelude to Republicans’ ultimate goal, elimination of the income tax. That would erase half of Iowa’s general fund revenue. How they plan to make that add up has not been disclosed. But rest assured it will be the largest tax cut in Iowa history. 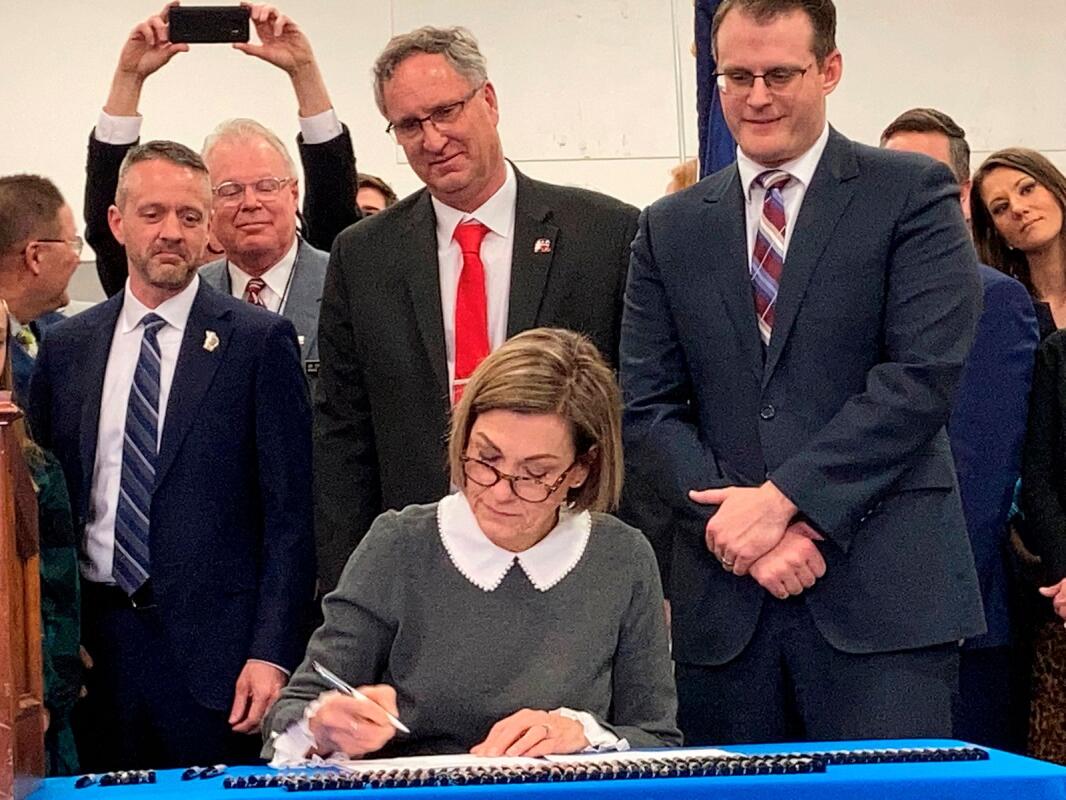 ‘Largest’ tax cuts are piling up in Iowa

I’m old enough to have seen at least five largest tax cuts in Iowa history, each one sold as making Iowa more competitive.

www.thegazette.com
Reactions: ichawkeye
You must log in or register to reply here.

Iowa lawmakers strike a deal on tax cuts. Here's what's in it.