Maybe you read recently that Iowa State University is launching a degree program in climate science this fall. It was exciting news for my daughter, who has Iowa State on her shortlist of college destinations and hopes to major in an environmental-related field.

It was less exciting for Nancy Boettger, a member of the Iowa Board of Regents, which governs Iowa’s university system. The former Republican state senator from Harlan wants to talk to the management.

Boettger said during her time in the Senate, she received materials and books about climate change and plans to hand them over to Iowa State to inform its curriculum. She conceded she had not studied the materials, but Boettger said it’s likely they have “non-PC opinions.”

What are these materials? We can only guess. But it’s an educated guess.

On the website of the Heartland Institute, what The Economist once called “The world's most prominent think tank promoting skepticism about human-made climate change,” is a page titled “Endorsements.” On that page you’ll find a testimonial praising the institute from Boettger while she served in the Iowa Senate.

“I think The Heartland Institute’s meetings are some of the best learning opportunities out there. I am always grateful for the opportunity to attend. Their educational publications are so valuable and useful to legislators. Thank you for all you do,” Boettger wrote.

Elsewhere on the Heartland Institute’s website you’ll find their climate “research.” There’s a story insisting that 96 percent of NOAA’s temperature data is “flawed” and “corrupted.” Haven’t heard about it? You must not be reading Breitbart.

In 2015 the group proclaimed that “The Global Warming Crisis is Over.” What a relief. There are educational materials for teachers to use in the classroom, including a section arguing there is “low confidence” climate change has had an effect on flooding. It’s all just bad luck. Lots of it, for some reason.

Chicago-based Heartland sponsors periodic conferences that are a magnet for skeptics and climate change doubters. In 2012 it bought billboards featuring the Unabomber, Charles Manson and Fidel Castro asking “I still believe in global warming. Do you?” It recruited a 19-year-old YouTube influencer from Germany to be the “anti-Greta,” mocking Greta Thunberg’s ongoing climate protest.


It’s all about science, right?


Heartland used to have the backing of fossil fuel and energy companies, among other corporate donors. But as the earth burns, scorches and floods, bankrolling climate nonsense is no longer good for business. Heartland also no longer discloses its donors.


Actually, the reason climate is a “very politically charged topic” is because of outfits like the Heartland Institute muddying the floodwaters for political gain. This isn’t about speech, it’s about science, which overwhelmingly points toward human-made climate change. Iowa State can graciously accept Boettger’s materials and then use them to benefit the earth — by dumping them into a recycling bin. 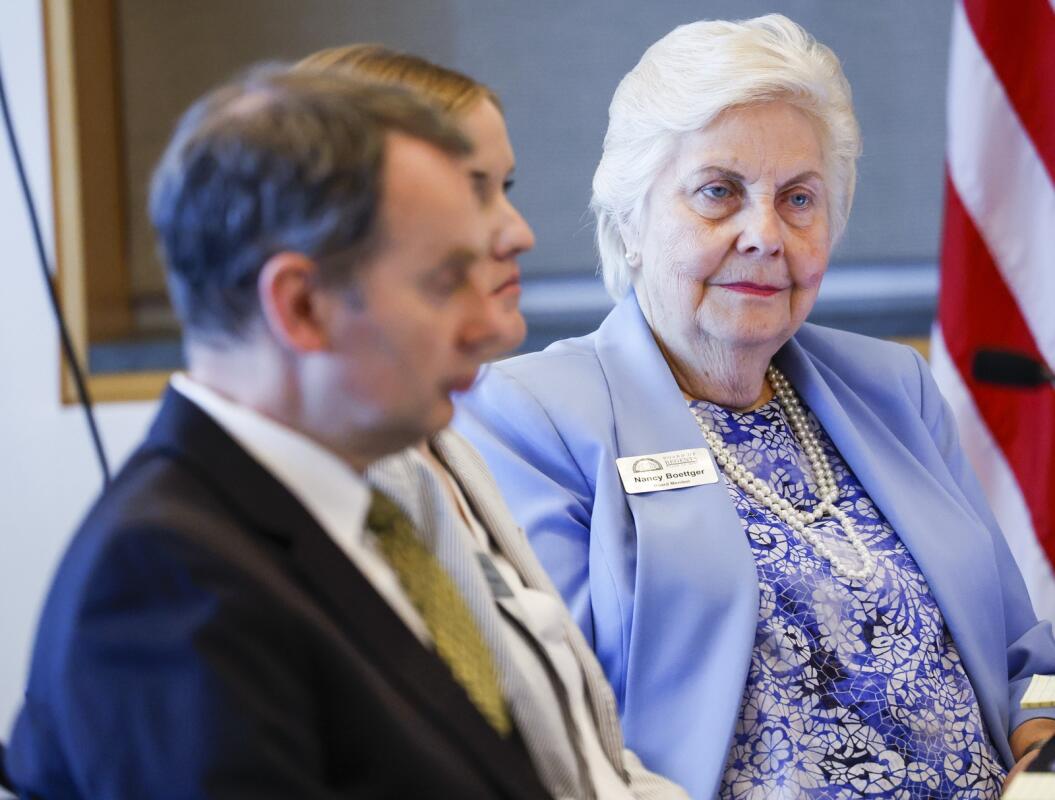 This isn’t about speech, it’s about science.