Dorman:An Iowa teacher faced the wrath of book-banners 42 years ago

Forty-two years ago this week, Diane Kaste was sitting in the Kanawha School Board meeting. She remembers it clearly.


“All kinds of TV cameras were there. And it was in the cafeteria,” Kaste, who now lives in Texas, told me in an interview. “And the board meeting was held with all these people here. And the room was divided, you know, chairs with like a center aisle. And I sat on one side of the cafeteria all by myself, and everyone else in town, and the school, and all my fellow teachers were on the other side. And so I could kind of see where things were going at that point.”


Kaste, then 23, was a second-year teacher in Kanawha, a small town in North Central Iowa not far from where I grew up. She taught several courses, including sophomore English. She decided to assign a reading list for her students that included John Steinbeck’s “The Grapes of Wrath.” She thought the plight of struggling farmers pushed off their land in Oklahoma and forced to scrape out a living in California would resonate with students in an agricultural community.


But soon, the superintendent came to her classroom and took all of the copies of “The Grapes of Wrath.” There had been a complaint. A local bank vice president argued the Pulitzer Prize-winning novel published in 1939 is immoral and full of bad language.


So that’s why Kaste sat alone on Feb. 11, 1980, and watched the School Board vote 5-0 to ban the book from required reading lists. It would remain in the library. Only one board member had actually read it.


Her story, sadly, has taken on new relevancy now as Republican lawmakers in Iowa assail public school districts for making library books available that they’ve dubbed “obscene,” many written by LGBTQ authors and people of color. Some lawmakers who want the books banned are even talking about criminal penalties for teachers and school staff.


Kanawha’s 1980 decision made news across Iowa and the nation. It landed Kaste and the town on the front page of the Des Moines Sunday Register beneath the headline “The wrath of Kanawha.”


“There is immorality in the book, sex with animals, with prostitutes; and the preacher was an immoral man and all these things are laughed at and condoned,” Marvin Stupka, who lodged the complaint, told the Register. Stupka said, if he had his way, the book would be banned entirely from the school.


“We should have some standards, morals and yes, censorship. What’s wrong with some censorship?” Stupka told the Register.


Kaste, fearing for her job, felt the need to practice some self-censorship. She was directing a school play, “The Odd Couple,” and removed words from the script she thought could be objectionable.


After all, removing a book is only one goal of book-banners. Another is to spawn a chilling effect that will push educators to avoid the use of controversial, challenging material.


In an editorial, The Gazette opposed Kanawha’s decision.


“The Kanawha School Board’s decision to ban “The Grapes of Wrath” from high school classrooms is the worst kind of censorship — uninformed,” The Gazette opined.


“Did the School Board unanimously approve the ban because parents threatened to take their children out of Kanawha’s public schools? If so, board members have betrayed their first duty — to the children — because censorship hurts the students most,” The Gazette’s editorial argued.


A later Gazette editorial pointed to a pair of state lawmakers, Republicans John Jensen of Plainfield and Ray Taylor of Steamboat Rock, who pushed legislation requiring that a book would have to meet certain standards before being used as a textbook. The standards included whether a book imparts the “absolute values of right and wrong.”


In March 1980, Kanawha schools offered Kaste a one-year contract to return the following year. But in April, she resigned effective at the end of the school year.


“The superintendent, or the principal, or a school board member was standing at my door for the entire class period, the rest of the year,” Kaste said.


She looked for jobs in Iowa in vain, even applying to a district that offered her a job previously.


“It was the exact same position. And that superintendent, when I interviewed with him, was so cool. And the interview was so short and abrupt. It was like, I mean, I could just tell like I had a stink on me almost,” Kaste said.


So she went back to teach at West Chicago Community High School, where she graduated. Then she landed an interview in Cleveland, Texas. The district hired her on the spot.


“After the interview and signed contracts and all that, (the superintendent) took me to my classroom to see it. And I’m looking at the novels scattered across the teacher’s desk,” Kaste said. “And he says, ‘You aren’t going to find ‘The Grapes of Wrath’ here.’ And I thought, ‘Oh (expletive) this is going to hang on me for the rest of my life.’”


The superintendent said she had to teach books picked by the English Department. “And he said, but if they pick ‘The Grapes of Wrath,’ I don’t care,” Kaste recalled “And I thought, OK.”


Kaste retired from teaching in 2015 but still teaches at a local college.


So a young teacher was drummed out of Iowa for requiring her students to read an American classic offering a raw depiction of the Great Depression. How many Iowa teachers in 2022, hounded by a vocal minority and political opportunists at the Statehouse, will follow a similar path?


In Texas, proposed legislation would put limits on what sort of plays theater teachers can use, discouraging works that address race, LGBTQ themes and other topics.


After a recent open-heart surgery, Kaste found herself in the emergency room where nurses were asking her questions about her years of teaching theater.


“And one of the nurses is lifting me up and moving me across to the gurney to take me up to my room said thank you for teaching that. He said that was my only safe space in high school,” Kaste said.


Let’s make sure teachers facing this new book-banning onslaught don’t have to face it alone. 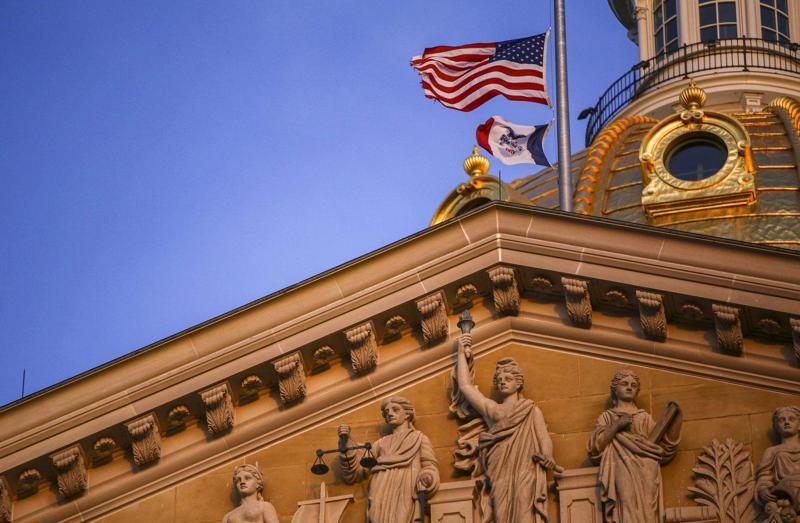 Her story has taken on new relevancy now as Republican lawmakers in Iowa assail public school districts for making library books available that they’ve dubbed “obscene,” many written by LGBTQ authors and people of color

Cool history. Good thing it's in the past and there's no serious book banning going on now.
Reactions: bojihawk44

Keehawk said:
Cool history. Good thing it's in the past and there's no serious book banning going on now.
Click to expand...

"ban the book from required reading lists. It would remain in the library." - The problem? I know it's a good book, but obviously the book was not banished from the school.
You must log in or register to reply here.