Dorman: Danger ahead for Iowa Democrats

It’s time for a loud wake-up call, Iowa Democrats. You’re sleepwalking through a race for governor with stakes that couldn’t be much higher. Rise and shine, your state’s future is on the line.


For good reason. These are issues Democrats are supposed to care about, deeply.

Sure, Reynolds has opened up a 17-point lead over Democratic nominee Deidre DeJear. But there are vulnerabilities in the numbers. Reynolds’ approval rating among independents is 46 percent, with 47 percent disapproving, according to the Iowa Poll. Just 42 percent of Iowans surveyed think the state is on the right track, including just 33 percent of independents.


And yet, DeJear has the backing of just 78 percent of Democrats. That may sound OK but it’s 10 points less than Democratic U.S. Senate nominee Mike Franken, a white guy. Reynolds’ support among Republicans is 91 percent. 5 percent of Democrats say they support Libertarian candidate Rick Stewart.


Then came the campaign finance disclosures filed this past week.


Although campaigns like to talk about all the small donations they get from average voters, we know it’s the more generous contributors who truly fuel campaign fundraising. Reynolds has them. DeJear does not.


The $25,000 donations came from the Bob Van Diest Trust in Webster City, Doug McAninch of Johnston, Mike Bennett of Sioux City and Jim Balloun of Atlanta. Van Diest is the founder of a farm chemical manufacturing company. McAninich is CEO of a grading and underground utilities firm. Bennett is the former CEO of Terra Industries, a nitrogen fertilizer company. Balloun is an Iowa State university alum who is the former CEO of Acuity Brands, a lighting and building management company.


DeJear is in a better position than Democratic gubernatorial nominee Jack Hatch was in July 2014. Hatch raised $270,000 between May and July but had just $183,000 in the bank. He went on to lose 98 counties. DeJear is a much stronger candidate than Hatch, no offense to the former state senator.


But during the same period in 2018, Democrat Fred Hubbell raised $2.6 million (and no, that did not include self-financing) and had $1.9 million in the bank. Included among his contributions was a $250,000 check from the Democratic Governors Association PAC and $100,000 from the ISEA.


The ISEA has not yet donated to DeJear, according to campaign finance filings, even as she challenges the most anti-public education governor in the state’s recent history.


So what gives, big Democratic givers? Maybe you think she’s not competitive, which is a self-fulfilling prophecy. This is no time to hedge bets.


Do you not want to invest in making history by helping make DeJear Iowa’s first Black governor? Or does that prospect make you uncomfortable enough to sit on your wallets? We’d all like to know.


We already know former Democratic candidate for governor Rep. Ras Smith struggled to get traditional donors to meet with him or even return his calls.


“I wonder along the way what misstep did I make? Did I not shake a hand at the right event? Did I not pass the right policy to not show up? I’ve got a case full of plaques that they said I was doing a dang good job. But when it comes to the fact that I call to have a conversation, I don’t even get a return phone call back. No answer back,” Smith told me in December.


It’s no stretch to believe the same shameful obstacles are being faced by DeJear.


Does anything more need to be said?


I’m not going to pretend that DeJear’s campaign is lighting the state on fire. It needs to be far more aggressive and visible, but that’s tough when you lack resources.


Anyone who’s seen DeJear speak or has spent time talking with her understands she’s a high quality candidate. Her message supporting public schools, reproductive rights and working people is strong. She’s offering a clear alternative to Reynolds’ brand of Trump-endorsed, spiteful Fox News governance. She needs to get better known and more widely heard, and that takes money.


Yes, the polls look bad. But no election is over in July. At this point in 1998, Tom Vilsack trailed Jim Ross Lightfoot by 21 points. And yes, I clearly understand Iowa politics has changed dramatically and we’ve taken a sharp right turn. But there’s still plenty of time to make it a race. The fight isn’t over.


Or, Iowa Democrats, you can just give up and curl up into a demoralized slumber. Reynolds can start sending her $5.2 million to the Iowa GOP for legislative and down-ballot races. Without a strong effort at the top of the state ticket, Democrats’ hold on the offices of attorney general, auditor and treasurer will be in real jeopardy. As Reynolds has demanded, they’ll be replaced by her attorney general and her auditor.


The transformation of the Statehouse into a bastion of red state trailblazers will be complete. Checks and balances will leave the building. Just think what they’ll do with all that power, and no brakes. The Democratic Party will be on life support. And you think losing the caucuses is bad.


That’s not just a wake-up call you’re hearing, Democrats. It’s a warning siren. Alarm bells, flashing red lights and flares launching skyward. Peril is dead ahead, unless you get to work. 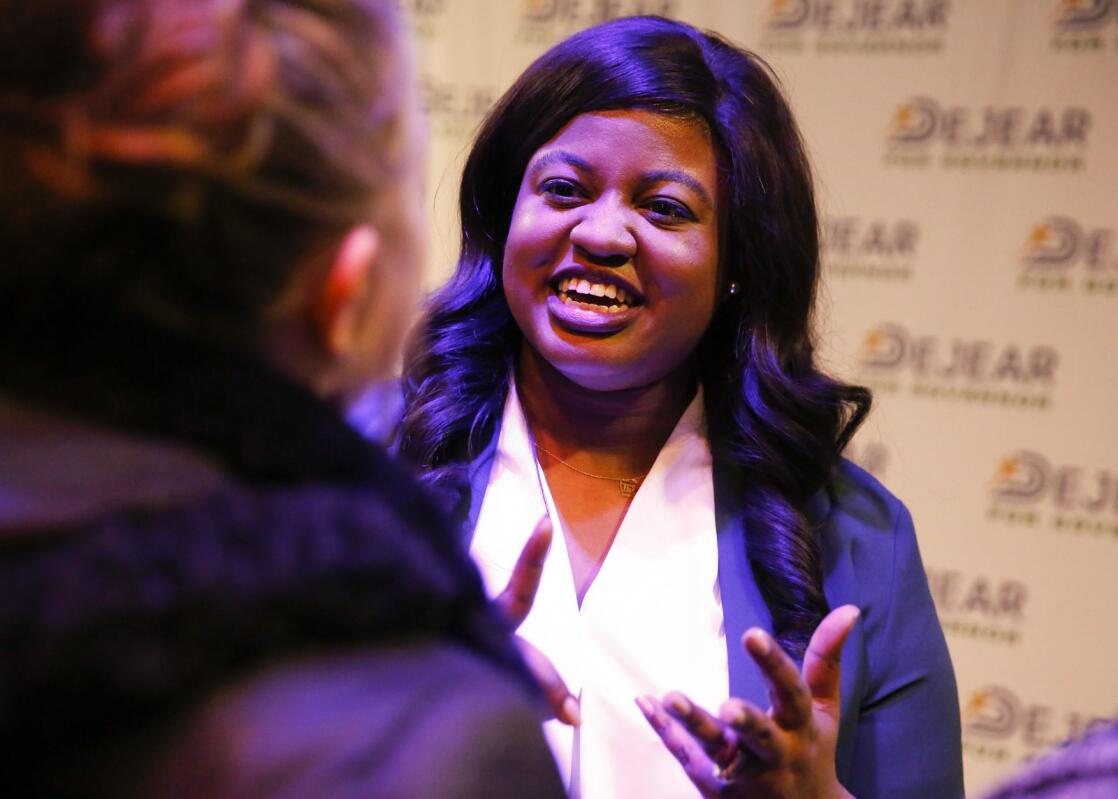 Danger ahead for Iowa Democrats

You’re sleepwalking through a race for governor with stakes that couldn’t be much higher.

Landslide Loss in the Governor's Race