So Donald Trump didn’t listen to rational people in his inner circle telling him allegations of widespread election fraud pushed by his sketchiest advisers were baloney. Surprised?


But the Jan. 6 congressional committee’s methodical account of Trump’s decision to shun the truth has provided clarity. Trump ignored the facts and went on to endlessly repeat reckless lies about a stolen election, leading his supporters to attack the Capitol on Jan. 6.


One of the clear lessons of Jan. 6 is if you keep telling Americans our election system lacks integrity and is rife with fraud, bad things happen. Undermining democratic institutions for political profit carries costly consequences. It could even lead to violence.

Like Trump, Republicans who run the Iowa Legislature also ignored that lesson.


In 2020, Iowa saw record turnout in the June primary, thanks to Iowa Secretary of State Paul Pate sending absentee ballot request forms to every voter amid a pandemic. Days later, the GOP Legislature banned the practice, unless Pate gets permission from a panel of lawmakers.


But then Trump lost the election and a deluge of lies followed. The Capitol was attacked in an effort to stop certification of Joe Biden’s win. It was a dark day in American history and begged the question, “Have Republican efforts to cast doubts on our elections and democracy gone too far?” Um, yeah.


But instead of reflecting on what the GOP hath wrought, Iowa Republican lawmakers doubled down. They talked about how voters still “feel” our election system is flawed, feelings obviously spawned by fakery. They said we need more limits on voting to make people who believe Trump’s lies feel better. Making voting harder makes voting better. No, really.


So they passed more voting restrictions, shrinking the window for early voting, shortening voting hours, tossing out any absentee ballots that don’t arrive at auditors’ offices by 8 p.m. on election night, limiting who can drop off absentee ballots on behalf of a voter, limiting ballot drop boxes to one per county, throwing up barriers to satellite voting and leveling potential criminal penalties at “rogue” auditors.

At best, Republicans were taking advantage of Trump’s fog of lies as cover to further restrict voting in ways that could give them an advantage. At worst, as state Sen. Jim Carlin suggested, “most of” his GOP Senate colleagues believed stolen election nonsense.


Either way, the same Trump lies that fueled an attack on the Capitol provided a political pretext, and perhaps an inspiration, for voting restrictions in Iowa. Last October, top Iowa Republicans stood with Trump as he repeated his lies at an Iowa rally. They’ve embraced his endorsement.


This month, Republicans crowed that Iowa’s primaries drew the second highest turnout in 12 years. But turnout fell well below 2020 amid voting restrictions. In larger counties, according to the Iowa Capital Dispatch, hundreds of absentee ballot requests were rejected for missing the now earlier deadline.


Trump damaged our democracy. Iowa Republicans followed his lead. Worst of all, the attack continues. 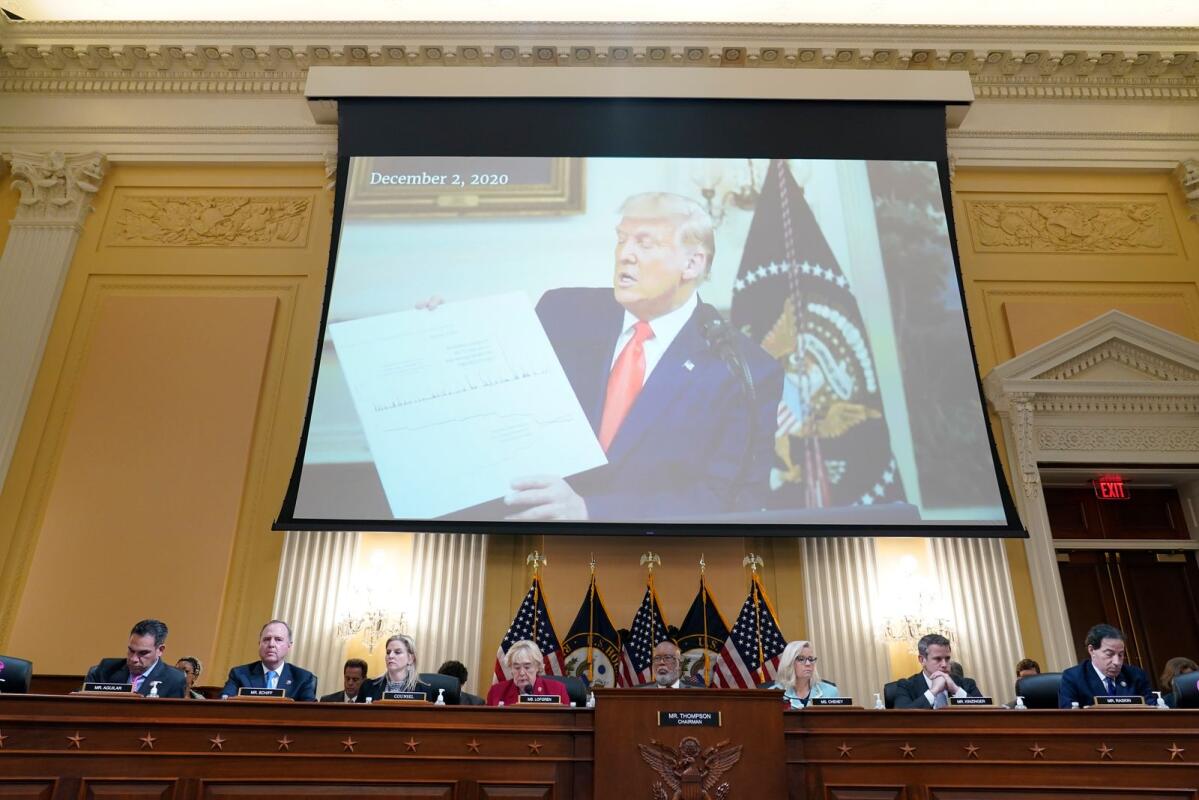 Instead of reflecting on what the GOP hath wrought, Iowa Republican lawmakers doubled down.