Over the weekend, Gov. Kim Reynolds and U.S. Rep. Ashley Hinson were endorsed by Donald Trump. This was hardly a surprise, considering how tightly Iowa Republicans have tied themselves to the twice-impeached former president and his policies.


The timing of these endorsements is interesting, considering that the congressional committee investigating the Jan. 6, 2021, riot at the U.S. Capitol, instigated by Trump, is beginning its public hearings this week. All the sordid details of the brutal attack on American democracy in the service of a president seeking to overturn a free and fair election will be displayed for public scrutiny.

I know, we’re not supposed to care about this anymore. Move on, Republicans insist, even as voting restrictions and other mechanisms for undermining the next presidential election are being put in place. It’s less dramatic than sacking the Capitol, but the objective is the same.


In accepting Trump’s endorsement, Reynolds and Hinson are, at best, saying they don’t give a damn about Trump’s push to upend democracy in a desperate bid to hold power. At worst, they’re endorsing it. But hey, Trump is popular in Iowa. Nothing else matters.


That’s why U.S. Sen. Chuck Grassley accepted Trump’s endorsement in October. He’s the same senator who called the Jan. 6 riot “ … an attack on American democracy itself.”


But just move along. Nothing to see here.


Trump called on thousands of his supporters to march on the Capitol. Once there, they assaulted dozens of Capitol Police officers with baseball bats, pipes, flagpoles and other weapons. About 140 officers from the Capitol Police and D.C. metro police were injured. The protesters started chanting “Hang Mike Pence!” after the vice president refused to stop the certification of electoral votes cementing Joe Biden’s victory. Trump didn’t seem to mind.


It was a horrifying spectacle that played out live before our own eyes. It was an act of domestic terrorism striking at the heart of our government. But in the immediate aftermath, Reynolds said, “You know what we need to do is stop pointing fingers, and we need to move forward.”

Hinson later voted against the bipartisan investigation that goes public this week.


Now, Reynolds and Hinson are receiving their rewards for being loyal Trumpists. They’re being endorsed by a former president who lied or made misleading claims more than 30,000 times over the course of his presidency. Trump carted off top secret documents to his country club and, according to staff, often tore up documents or attempted to flush them down the toilet. But her emails.


According to his former defense secretary, he inquired about the prospect of shooting Black Lives Matter protesters in the legs. He called John McCain a “loser” and was reportedly angry when flags were lowered to half-staff after his death. The list goes on and on.


“Donald Trump not only sought to destroy the electoral system through false claims of voter fraud and unprecedented public intimidation of state election officials, but he also then attempted to prevent the peaceful transfer of power to his duly elected successor, for the first time in American history,” wrote Bob Woodward and Carl Bernstein, who know something about presidential corruption, Sunday in the Washington Post.


But Trump’s endorsement is an “honor.” At least to the dishonorable. 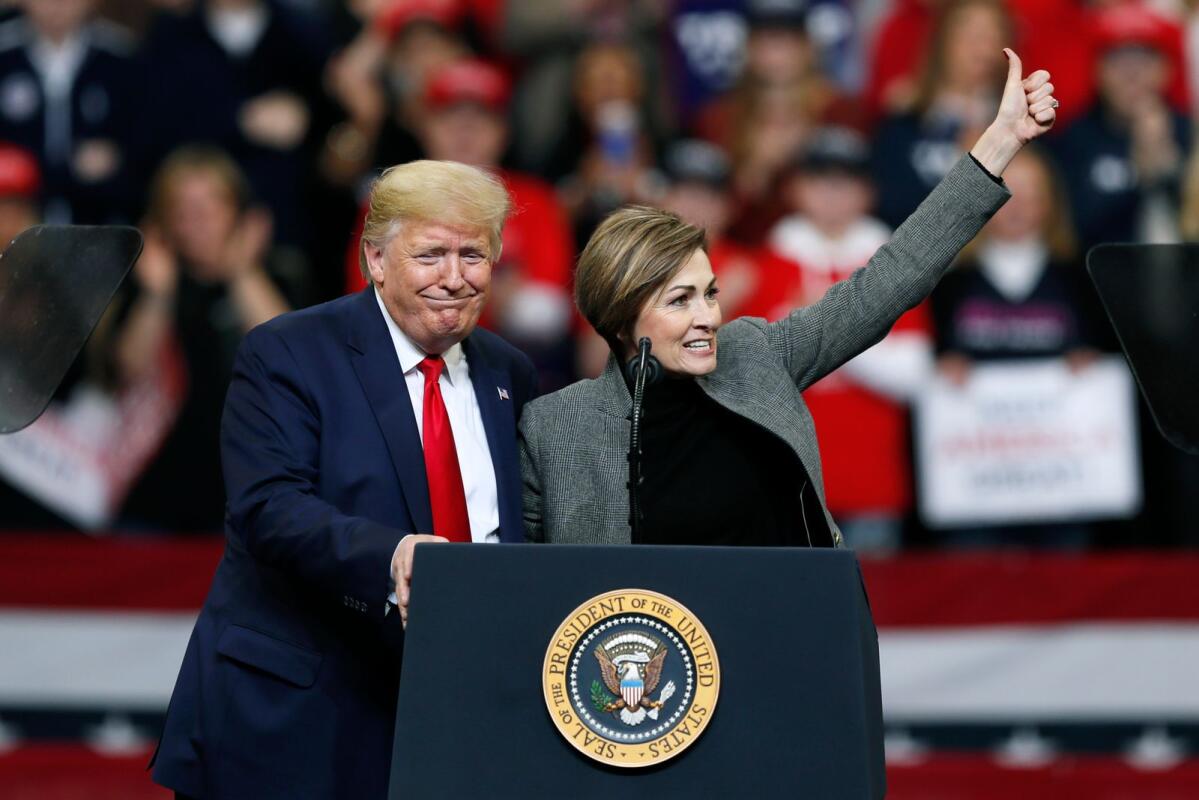 Trump’s endorsements are an ‘honor’ for Iowa Republicans

Trump is popular in Iowa. Nothing else matters.

www.thegazette.com
Reactions: Clownhater
You must log in or register to reply here.

Dorman: When in doubt, Team Hinson bashes the media

Half of Americans say former President Donald Trump should be charged for role in Jan. 6 Capitol attack, new poll shows