Following the Des Moines Register/Mediacom Iowa Poll finding a 3-point lead by Republican Sen. Chuck Grassley, the NRSC released a poll conducted by the Tarrance Group that found Grassley ahead by more than 11 percentage points, with 53 percent compared with Franken’s 42 percent. The poll surveyed 600 Iowa voters by phone.


The next day, Franken’s campaign released an internal poll by Change Research showing Grassley up by just 3 percentage points, with 48 percent of support to Franken’s 45 percent. The poll's 1,008 respondents were recruited by a mixture of targeted Facebook advertisements and texts.


“These polls, fundraising, and ratings changes show a clear trend in Michael Franken’s direction and are the ‘proof in the pudding’ that Iowans are ready to vote for a senator who works for them,” he said.


But Republicans cast doubt on the results of the Iowa Poll and suggested recent polls with double-digit advantages for Grassley are closer to reality.


"For the third election cycle in a row, Ann Seltzer and the Des Moines Register missed their mark,” Iowa GOP Chair Jeff Kaufmann said in a news release highlighting the Tarrance polling. “ … Sen. Grassley is the original Inflation Fighter and will lead the charge in ending Biden's reckless spending."


The ads feature Iowa county sheriffs saying Bird will “back the blue,” and saying Democratic Attorney General Tom Miller has not supported county law enforcement operations. The ads will run in multiple media markets, according to a news release from the campaign.


The ad features Guthrie County Sheriff Marty Arganbright saying, “I’m a Democrat, but I support Brenna Bird, because she always backs the blue.”


Another ad shows sheriffs saying Miller has not done enough to support them.


“When Cedar County needed Tom Miller, he wasn’t there for us,” Cedar County Sheriff Warren Wethington, a Republican, says in the ad.


“Unlike the current attorney general, I have been endorsed by a bipartisan group of 74 county sheriffs,” Bird said in the news release. “Zero have endorsed my opponent. These last few weeks have shown that Iowans are ready for an attorney general who stands with law enforcement, stands with victims, and who will take Joe Biden to court when he oversteps.”


Miller has said Bird’s focus on law enforcement is more partisan than practical, and says his office works closely with law enforcement and prosecutors to secure convictions for criminals.


A new ad from Democratic congressional candidate Liz Mathis accuses Iowa Republican U.S. Rep. Ashley Hinson of employing “scare tactics” to deflect criticism from voting against Democratic-led bills that seeks to lower drug costs for seniors and fix roads, bridges and other infrastructure in the state.


Mathis, a state senator from Hiawatha, is running to unseat Hinson, who is seeking re-election to a second term in Iowa's 2nd Congressional District.


Hinson voted against and compared the federal infrastructure bill signed into law to socialism, while praising projects supported by their funding and writing letters requesting funding for transportation projects in the district.


"Taking credit for someone else’s work is not the Iowa Way,” Mathis said in a statement.


Hinson has said she opposed the act because it was tied to negotiations over social spending she said would worsen inflation. But, once the spending was approved, “I went to bat for Iowa taxpayers, and I went to bat to make sure those resources came here,” Hinson said during a KCRG-TV9 debate.


Hinson, too, has released an ad turning the Linn-Mar school district’s transgender support policies into a congressional issue.


The policies spell out inclusive practices for transgender students, including protecting students’ privacy by keeping their transgender status private at school, if they prefer. Students in seventh grade or older have priority over their parents or guardians of a gender support plan at school.


Hinson argues the policy overrides parents’ right to have a say about what is best for their child’s mental health and physical well-being.


Mathis, in a statement, said she believes in parental rights, but criticized Hinson for trying to “weaponized a local school board’s work as they try to align their policy with Iowa Code to protect children from harassment and discrimination.”


Eastern Iowa’s 2nd Congressional District race continues to tighten, and is now one move away from being declared a toss-up, according to a non-partisan national politics forecaster.


While Hinson still maintains an edge, it’s the third time this election cycle ratings forecasters shifted the race in Mathis’ favor, and is one of eight U.S. House races across the country Inside Elections moved in Democrats’ direction. That compares with13 races that moved in the GOP's direction.


The ratings shift follows the release of an October Des Moines Register/Mediacom Iowa Poll that suggests a Republican advantage has dwindled in Iowa’s 2nd District within the last three months.


Mathis campaign manager Anna Brichacek said the ratings shift and polling show “momentum is on our side on our path to victory and we’re doubling down on our efforts to win this race.” 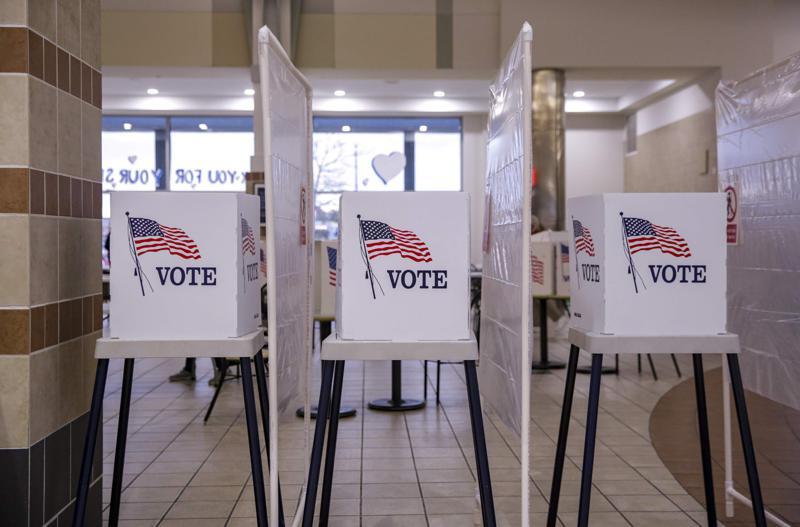 New ads from Brenna Bird for attorney general, and new ads and ratings change in the 2nd Congressional District.

I stopped reading after 600 Iowans by phone.
You must log in or register to reply here.