In a remote part of Australia, a steel vault about the size of a school bus will record the Earth’s warming weather patterns. It will listen to what we say and do. It will create an archive that could be critical to piecing together the missteps, its creators say, should humanity be destroyed by climate change.
The vault, known as Earth’s Black Box, will be constructed in Tasmania, an Australian island state off the south coast. It will operate much like a plane’s flight recorder, which records an aircraft’s final moments before crashing. But the makers of this new black box — including data researchers from the University of Tasmania, artists and architects — say they hope it won’t have to be opened.
“I’m on the plane; I don’t want it to crash,” said Jim Curtis, the executive creative director of an Australian advertising agency where the project was conceived. “I really hope that it’s not too late.”
Many questions remain, such as whether Earth really needs a black box and how future generations would decipher it. Mr. Curtis said the box would be designed “to hold our leaders to account.” He added, “If civilization does crash, this box will survive with a completely objective data story.”
Advertisement
Continue reading the main story


Climate change is one of the gravest threats humanity faces, scientists say. It is exacerbating economic and health inequalities, increasing the frequency and intensity of natural disasters and, the United Nations has warned, threatens the world’s food supply.
THE SCIENCE OF CLIMATE CHANGE:
Definitive answers to the big questions.
In November, negotiators at the COP26 climate summit in Glasgow reached a consensus that all countries had to act more swiftly to prevent a catastrophic rise in world temperatures. Scientists have warned that if they rise beyond a threshold of 1.5 degrees Celsius, or 2.7 degrees Fahrenheit, the risk of disasters like water shortages, deadly heat waves and ecosystem collapse will grow immensely. (The world has already warmed by 1.1 degrees Celsius.)

Climate Fwd A new administration, an ongoing climate emergency — and a ton of news. Our newsletter will help you stay on top of it. Get it sent to your inbox.
And so some conceived of a black box.
The project is not alone in its attempt to jolt human beings out of what the creators suggest is short-term thinking about global warming. It is not the first to try to salvage pieces of human civilization for posterity. Scientists have built repositories for everything from essential food crops to glacier ice to frozen animal embryos, some of them already extinct. Others have tried to hide our nuclear waste so that future generations can avoid the deathly toxic material.
The box’s creators say it will record leaders’ actions (or inaction) by scraping the internet for keywords relating to climate change from newspapers, social media and peer-reviewed journals. It will collect daily metrics, including average oceanic and land temperatures, atmospheric carbon dioxide concentration and biodiversity loss.

The vault — a 33-foot-long box made of three-inch thick steel — is not expected to be completed until the middle of next year. But creators say they have already begun to gather information. Eventually, the data will be stored on a giant, automated, solar-powered hard drive with a capacity to collect information for about 50 years.
Tasmania was chosen for its relative geopolitical and environmental safety, and the monolith will be designed to be resilient against threats including cyclones, earthquakes and, with its sloped walls, attacks by vandals.


The box will operate much like a plane’s flight recorder in that it is meant to illuminate what led to catastrophe, albeit a far more devastating one.Credit...Earth’s Black Box
David Midson, general manager of the local council overseeing much of Tasmania’s rugged west coast, where the box will be constructed, said the response from residents to the project had been largely positive.
“There has been a lot of curiosity and interest around the box,” Mr. Midson said, adding that though permits were yet to be approved, he was optimistic.
Some scientists doubt that climate change will wipe us out completely.
Noah Diffenbaugh, a climate scientist at Stanford University, who says that though the effects of climate change are extremely grave, “it would be a real mistake to confuse whether or not climate change poses an extinction risk to humans with whether or not climate change poses a very real, present and intensifying risk to humans and to ecosystems.”
“There’s very little evidence,” Professor Diffenbaugh stressed, “that global warming threatens the survival of the human species.”
Advertisement
Continue reading the main story


A more likely scenario if humans do not significantly reduce greenhouse gas emissions, he added, would be a world in which some places disappear below sea level, many others become too hot for humans to comfortably inhabit, and hazards like heat waves, droughts and storms become more common.
Some also note that climate change data are already being recorded by scientists and other researchers.
“It’s not easily accessible or comprehensible to most people,” Daniel Kevles, a historian of science at Yale University, said of the black box. Though it may have some merit as a document for the future, he added, “I’m not all that impressed with regard to its consequential impact for warning us.”
Though the information can be found elsewhere, the creators insist, it is not stored for posterity in one immutable place.
How will future visitors retrieve the contents of the box?
The creators say they are working on it. One option is to encode the contents in various formats, such as in script or binary code that would be unraveled. The creators say that if the planet is nearing cataclysm, instructions for opening the box would be etched on its exterior. The message can’t be included beforehand, they say, because of the risk that vandals would attempt to crack it open.
“It’s in Beta,” said Michael Ritchie, who runs a production company based in Sydney, Australia, that is managing the project. For now, “people are on notice,” Mr. Ritchie said, adding, “We want to make sure that we don’t crash this earth.” 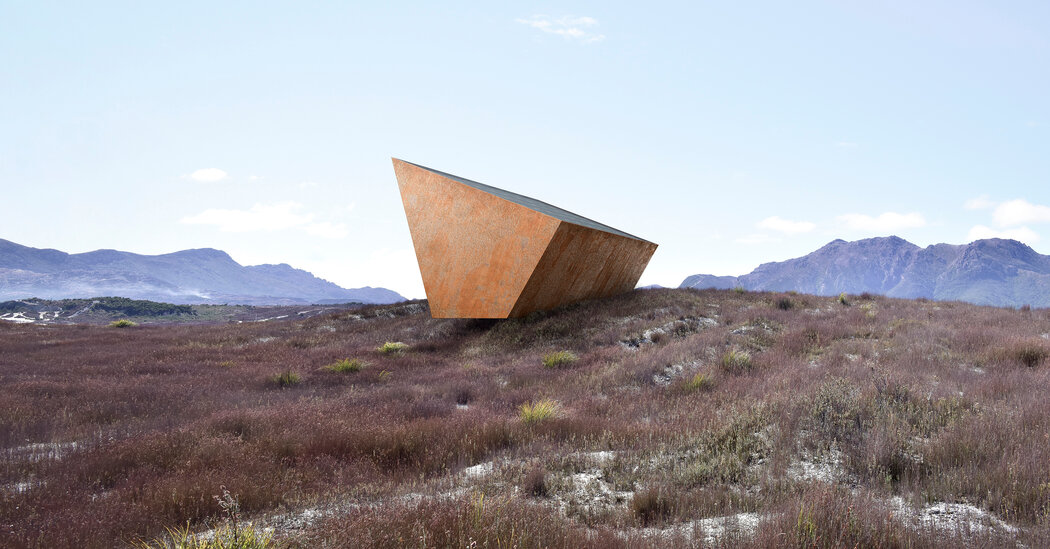 When a plane crashes, its flight recorder is critical to piecing together the missteps that led to calamity. Now the planet is getting its own in case it self-destructs.

Checks out, even Fox is covering it without being hysterical.
https://www.foxnews.com/world/earth...ange-data-for-future-generations-creators-say

To paraphrase Jane Goodall: Isn't it bizarre that the most intelligent animal to have ever walked the earth is destroying its only home?

My question is who is going to read it? If humanity is destroyed is it just going to sit there until they think some aliens are going to stop by and find it?

Hoosierhawkeye said:
My question is who is going to read it? If humanity is destroyed is it just going to sit there until they think some aliens are going to stop by and find it?
Click to expand...

Even if there are intelligent aliens out there which I will note is a non falsifiable hypothesis, it seems to me that interstellar travel by biological life forms seems implausible.
M

cigaretteman said:
To paraphrase Jane Goodall: Isn't it bizarre that the most intelligent animal to have ever walked the earth is destroying its only home?
Click to expand...

We are not destroying our home.

I was friends with an Australian years ago. When he got drunk he’d look at women and say, “Show me your Mappy Tazzy.”

Apparently, when you look at a map of Australia, and pretend it’s a person, Tasmania is where the vagina would be located. So asking someone to show them the part of the body correlated to Tasmania on a map (mappy tazzy) is asking them to flash their cooch in a mysterious way.

That’s all I got on the subject.

Hoosierhawkeye said:
If humanity is destroyed is it just going to sit there until they think some aliens are going to stop by and find it?
Click to expand...

Obviously.
You must log in or register to reply here.

GOP to probe ‘cancer’ of climate-friendly investing after midterms