Memphis was a lot better when Bates was injured.
Reactions: David1979

Franisdaman said:
Fran tries too hard to land 5 and 4 stars where he loses out on players? Actually, no one knows how much time Fran and his staff spend on any prospect.

What we do know? Fran invested a TON of time in the 2022 PG he wanted, Dasonte Bowen, a 3 STAR, and landed him.

Fran made 27 offers for the 2022 Class. He landed two 3 stars, Dasonte Bowen and Josh Dix. Contrary to what you wrote, I don't think Frank "lost out" by landing Josh and Dasonte because we was trying too hard to land 5 and 4 star prospects.

And there was only 1 Five Star (Kyle Filipowski) who Fran offered in the 2022 Class and Fran got Kyle to officially visit. So, again, contrary to what you wrote, I would not call this "trying too hard where he lost out on other prospects."

The breakdown of the 27 offers for the 2022 Class:
1 Five Star (Kyle Filipowski, who visited Iowa)
20 Four Stars
6 Three Stars (Dix and Bowen committed)


Fran has made 23 offers for the 2023 Class. He has already landed one 3 star, Owen Freeman and likely will land a 4 star, Pryce Sandfort. Again, contrary to what you wrote, I don't think Fran has "lost out" so far with the 2023 class.

And of the 4 Five Stars Fran has offered for 2023, how can you say he has tried "too hard?" Omaha Bilew was instate, so offering him made sense but there is no longer any buzz with him. 2 other 5 stars have already committed to other schools (so obviously Fran has moved on). And the other 5 Star, Matas Buzelis? He is from Brewster Academy, the same HS as Dasonte Bowen, so it makes sense to invest some time in him. How much time? Fans can only speculate.


The breakdown of the 23 offers for the 2023 Class:
4 Five Star (Omaha Bilew, an Iowa kid, is one of them)
13 Four Stars (Pryce Sandfort)
1 Three Star (Owen Freeman has committed)
5 UNRATED
Click to expand...

My point was there’s no evidence he’s a lazy recruiter. Quite the opposite.
Reactions: SI_NYC, kceasthawk and BBHawk
H

HungryHawk said:
I think a lot of posters on this board are expecting to see regular articles that read something like this:

"XYZ" was a 5 star recruit coming out of high school and played one season for Top Program™ before entering his name into the transfer portal earlier this week. Reports indicate Fran reached out to XYZ Thursday morning, saying he feels the portal bound star could make an immediate impact for the Iowa Hawkeyes this coming season.

I think he's plenty good, but I'd definitely be concerned about the nagging back injury that sidelined him for part of last season. Back injuries in basketball rarely have satisfying outcomes.
D

Obviously Oblivious said:
I think he's plenty good, but I'd definitely be concerned about the nagging back injury that sidelined him for part of last season. Back injuries in basketball rarely have satisfying outcomes.
Click to expand...

I watched him this year. He’s not very good at all.
Reactions: Fall_is_4_Rudy

kceasthawk said:
So do you just go from the football board to the basketball board bitching about anything to do with Iowa athletics in general, the coaches or what exactly? Here's a run down on THIS years losing there all conference guy. Despite being picked to finish 9 or 10 in the league this year, losing TWO time conference player, AND NPOTY, and another 3 year starter to the NBA, and two other would be starters to transfer, Iowa finished the BIG winning 12 of 14 games, (so much for the Feb fade), Played their asses off and won the BIG tourney as the first five seed ever and winning four games in four days. They won the most games in school history I believe at 26 as well. Yes, I know they play more games now, BUT for the record playing more games doesn't mean you get more wins, now does it? For the record, NO ONE here is okay with the way we played against Richmond, but its ridiculous to say we're OK with losing or to somehow associate this as a "losing season" in any way what so ever....
Click to expand...

SivHawk said:
Fran said that he needs a front court guy from the portal.

Fran doesn't want players to leave Iowa if he brings additional guys from the portal. Fran said getting guards from the portal creates a logjam and it sends a message that you don't have any confidence in the guards you have. This explains why Fran isn't pursuing Nijel Pack and other guards.

I was going to bring this up too….. he actually says in that interview “what kind of message does that send to the players on the roster if I’m looking for guys to replace them” that’s not verbatim but you get the idea

I’m ok with that ….,
Reactions: BBHawk

I think if the team clearly has a hole in the rotation that Fran could fill will an OBVIOUS upgrade, especially if it was a 1 year player (so younger players still know they'll get playing time 2 seasons from now), that Fran would do that in a heartbeat and most players would support it because it is SHORT TERM and OBVIOUS. This was true of the Center position this year, but it didn't pan out due to NIL or other considerations.

If he was pulling in Transfers that weren't clear upgrades then that clearly would cause chemistry issues and turnover, especially in this era. If we had 2 sophomore SF's who didn't look like they'd ever be starting quality SF's in their last 2 years, he would likely be ok recruiting a Top 100 younger player over them. But grabbing transfers just because they are good and just because you can seems very shortsighted unless your whole strategy is based on the portal (which for some teams is true).

Bates was billed as the next LeBron James. No way in hell he’d come to Iowa.
Reactions: chaneccooms

Kinnick.At.Night said:
Bates was billed as the next LeBron James. No way in hell he’d come to Iowa.
Click to expand...

Not when he can represent Eastern Michigan!

BBHawk said:
Not when he can represent Eastern Michigan!

Eastern Michigan is in his hometown. Bates went home. That’s the point of his transfer. Again, he’d never have come to Iowa.
Reactions: topherchris20
S 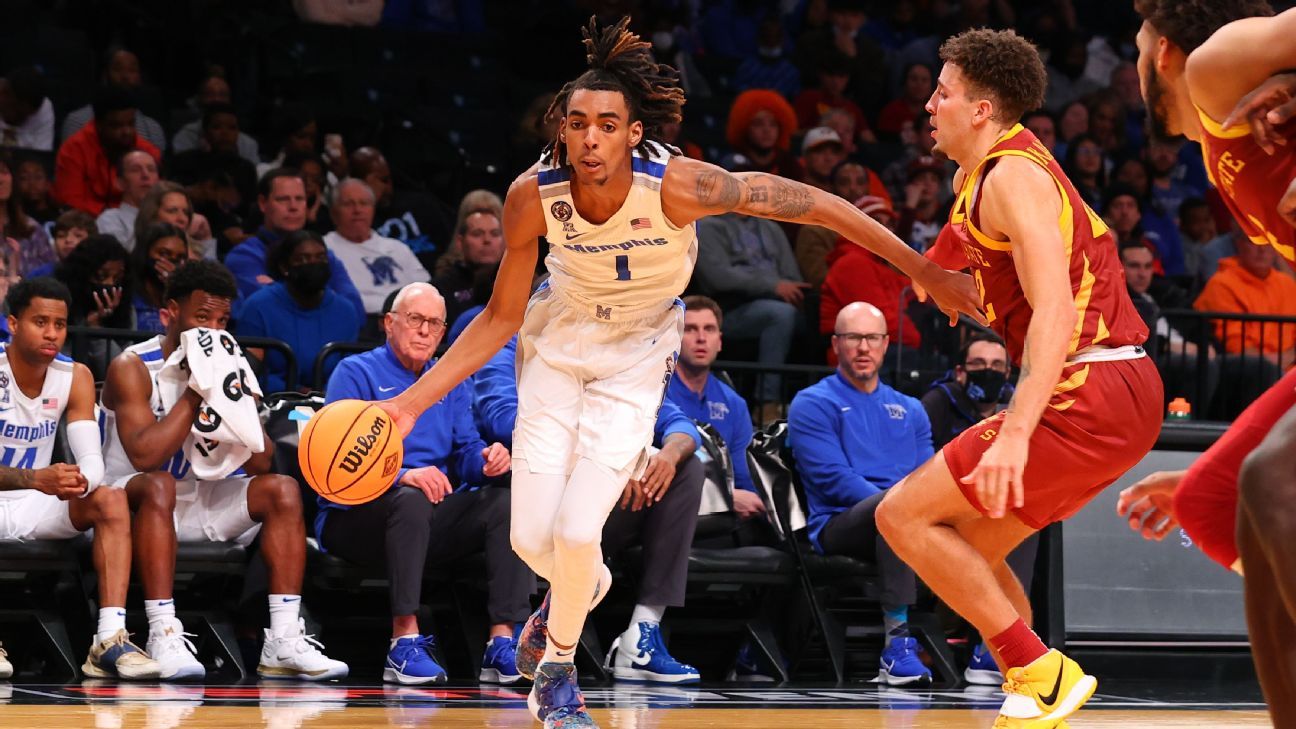 Former No. 1 recruit Emoni Bates says he's entering the transfer portal after a freshman year at Memphis that was marred by a back injury. Bates, 18, is not yet eligible for the NBA draft.

Kinnick.At.Night said:
Eastern Michigan is in his hometown. Bates went home. That’s the point of his transfer. Again, he’d never have come to Iowa.
Click to expand...

Interesting...did you know that Ypsilanti is ~7 miles from UM? 7 miles.

BBHawk said:
Interesting...did you know that Ypsilanti is ~7 miles from UM? 7 miles.
Click to expand...

BBHawk said:
Interesting...did you know that Ypsilanti is ~7 miles from UM? 7 miles.
Click to expand...

Be thankful he didn't go to UM.
You must log in or register to reply here.