By Charles Harvey and Kurt House
Dr. Harvey is a professor of environmental engineering at the Massachusetts Institute of Technology. Dr. House is the chief executive officer of KoBold Metals, a metals exploration company.
The technology called carbon capture and storage is aptly named. It is supposed to capture carbon dioxide emissions from industrial sources and pump them deep underground. It was a big winner in the climate provisions of the Inflation Reduction Act passed by Congress last week.
What the technology, known as C.C.S., also does is allow for the continued production of oil and natural gas at a time when the world should be ending its dependence on fossil fuels.
The Inflation Reduction Act, which President Biden said he will sign this week, does more to cut fossil fuel use and fight climate change than any previous legislation by expanding renewable energy, electric cars, heat pumps and more. But the law also contains a counterproductive waste of money, backed by the fossil fuel industry, to subsidize C.C.S.
Advertisement
Continue reading the main story


Fifteen years ago, before the cost of renewable energy plummeted, carbon capture seemed like a good idea. We should know: When we launched a start-up 14 years ago — the first privately funded company to make use of the technology in the United States — the idea was that the technology could compete as a way to produce carbon-free electricity by capturing the carbon dioxide emissions emitted by power plants and burying them. But now it’s clear that we were wrong, and that every dollar invested in renewable energy — instead of C.C.S. power — will eliminate far more carbon emissions.

Even so, this technology has broad political support, including from Senator Joe Manchin of West Virginia, an ally of the coal industry, because it enables the continued extraction and burning of fossil fuels while also preventing the resulting carbon dioxide from entering the atmosphere. Industry campaigns such as “Clean Coal” have also promoted the technology as something that could ramp up quickly to bridge the gap to the deployment of large-scale renewable energy. But by promoting C.C.S., the fossil fuel industry is slowing the transition away from fossil fuels.
Under the Inflation Reduction Act, facilities using this technology will be eligible for generous tax credits provided they break ground by the end of 2032 — an extension of the current deadline of 2025. Those benefits come on top of $12 billion in government investments in C.C.S., as well as technology that would pull carbon dioxide directly from the air, which were included in the infrastructure bill signed by President Biden last fall.
C.C.S. is seen as a solution to the emissions problem for a range of industries, from fossil-fuel-fired electricity generating plants to industrial facilities that produce cement, steel, iron, chemicals and fertilizer.
Where C.C.S. has been most widely used in the United States and elsewhere, however, is in the production of oil and natural gas. Here’s how: Natural gas processing facilities separate carbon dioxide from methane to purify the methane for sale. These facilities then sometimes pipe the “captured” carbon dioxide to what are known as enhanced oil recovery projects, where the carbon dioxide is injected into oil fields to extract additional oil that would otherwise be trapped underground. 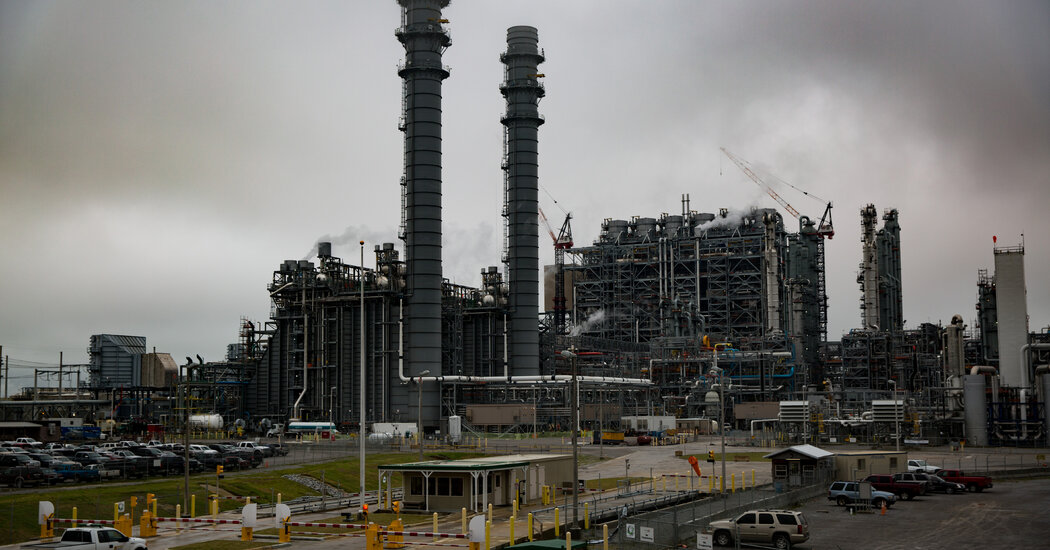 Opinion | Every Dollar Spent on This Climate Technology Is a Waste

Subsidies in the climate bill will lock in carbon capture and storage, which will sustain fossil fuels.

Of the 12 commercial C.C.S. projects in operation in 2021, more than 90 percent are engaged in enhanced oil recovery, using carbon dioxide emitted from natural gas processing facilities or from fertilizer, hydrogen or ethanol plants, according to an industry report. That is why we consider these ventures oil or natural gas projects, or both, masquerading as climate change solutions.

The projects are responsible for most of the carbon dioxide now being sequestered underground in the United States. Four projects that do both enhanced oil recovery and natural gas processing account for two-thirds to three-quarters of all estimated carbon sequestered in the United States, with two plants storing the most. But the net effect is hardly climate friendly. This process produces more natural gas and oil, increases carbon dioxide emissions and transfers carbon dioxide that was naturally locked away underground in one place to another one elsewhere.
In an effort to capture and store carbon dioxide from fossil-fuel-burning power plants, the Department of Energy has allocated billions for failed C.C.S. demonstration projects. The bankruptcy of many of these hugely subsidized undertakings makes plain the failure of C.C.S. to reduce emissions economically.
The Kemper Power Project in Mississippi spent $7.5 billion on a coal C.C.S. plant before giving up on C.C.S. in 2017 and shifting to a gas-powered plant without C.C.S. The plant was partially demolished in October 2021, less than six weeks before President Biden signed the infrastructure bill with its billions of taxpayer money for C.C.S.: good money thrown after bad. The FutureGen project in Illinois started as a low-emission coal-fired power plant in 2003 with federal funds, but ultimately failed as a result of rising costs.
The Texas Clean Energy and Hydrogen Energy California C.C.S. projects were allocated over half a billion dollars collectively, then dissolved. The list goes on, with at least 15 projects burning billions of dollars of public money without sequestering any meaningful amount of carbon dioxide. Petro Nova, apparently the only recent commercial-scale power project to inject carbon dioxide underground in the United States (for enhanced oil recovery), shut down in 2020 despite hundreds of millions of dollars in tax credits.
Opinion Conversation The climate, and the world, are changing. What challenges will the future bring, and how should we respond to them?

These projects failed because renewable electricity generation outcompetes C.C.S. Renewable power now is cheaper than coal-fired power without C.C.S. Add the cost of the energy required to couple C.C.S. with fossil fuel power and it becomes hopelessly uncompetitive. We can only guess how much more the full costs of C.C.S. would exceed renewable power because, after decades of promotion and many billions of dollars spent, we still have next to no real-world data about the costs of running, maintaining and monitoring large C.C.S. projects.
These C.C.S. projects are subsidized by Section 45Q of the federal tax code, which now offers companies a tax credit for each metric ton of carbon dioxide injected into the ground. Those enhanced oil recovery subsidies would rise under the new law, from $35 to $60 per ton. The legislation also significantly broadens the number of facilities eligible for tax credits. And those facilities will be able to claim the tax credit through a tax refund. The 45Q program is nominally a program to fight climate change. But since nearly all carbon dioxide injections subsidized by 45Q are for enhanced oil recovery, the 45Q program is actually an oil production subsidy.
Advertisement
Continue reading the main story


The Internal Revenue Service does not provide information about who gets the credits. But we do know that it issued more than $1 billion of these credits as of 2020.

These subsidies create a perverse incentive, because for companies to qualify for the subsidies, carbon dioxide must be produced, then captured and buried. This incentive handicaps technologies that reduce carbon dioxide production in the first place, tilting the playing field against promising innovations that avoid fossil fuels in the steel, fertilizer and cement industries while locking in long-term oil and gas use.
Industry campaigns for C.C.S. also have shifted their decades-long disinformation fight: Instead of spreading doubt about climate science, the industry now spreads false confidence about how we can continue to burn fossil fuels while efficiently cutting emissions. For example, Exxon Mobil advertises that it has “cumulatively captured more carbon dioxide than any other company — 120 million metric tons.”
What Exxon Mobil doesn’t say is that this carbon dioxide was already sequestered underground before it “captured” it while producing natural gas and then injected it back into the ground to produce more oil. These advertising campaigns lend support to government programs to directly subsidize C.C.S.
Solving climate change requires resources; misappropriating these resources makes solving the problem harder. We have no time to waste. We need to stop subsidizing oil extraction and carbon dioxide production in the name of fighting climate change and stop burning billions in taxpayer money on white elephant projects. Clean power from carbon capture and sequestration died with the success of renewable energy; it’s time to bury this technology deep underground.
You must log in or register to reply here.

EU Meeting Paris Accord Compliance by Wiping Out Forests