When you want your microwaved shells and cheese, you don’t want to waste time fooling around.

An apparently time-strapped Hialeah woman, Amanda Ramirez, says she wouldn’t have purchased Velveeta’s microwavable Shells & Cheese cups if she had known they would have taken longer to be ready than the 3½ minutes stated on the label.

The suit was filed on Nov. 18 in U.S. District Court in Miami by William Wright of the West Palm Beach-based firm The Wright Law Office, P.A. and by Spencer Sheehan of Spencer & Associates, P.C. in Great Neck, New York.

Ramirez bought the product — a box of eight 2.39-ounce cups — at locations including a Publix supermarket in Hialeah “between October and November 2022, among other times,” the suit states, adding she paid “a premium price” of $10.99.

A graphic printed on the bottom right corner of the front of the box states, “Ready in 3½ minutes.”

The 3½ minutes is the amount of time the product needs to cook in a microwave, the suit says. But more time is required to complete the four steps needed to get it ready to eat, the suit states.

Quoting the directions on the box, the suit says:

Next, they must “ADD water to fill line in cup. Stir.”

Third, “MICROWAVE, uncovered, on HIGH 3½ min. DO NOT DRAIN.”

Finally, they should “STIR IN In contents of cheese sauce pouch.”

The complaint adds that the directions then note that “Cheese Sauce Will Thicken Upon Standing.”

“Consumers seeing ‘ready in 3½ minutes’ will believe it represents the total amount of time it takes to prepare the Product, meaning from the moment it is unopened to the moment it is ready for consumption,” the suit states.

The suit does not state how much time Ramirez actually spent getting her cups of Shells & Cheese ready to eat.

The suit also claims that price is higher than similar products that are represented in a “non-misleading way” and higher than it “would be sold for absent the misleading representations and omissions.”

Kraft Heinz Foods Company did not immediately respond to a request for comment about the lawsuit.

Ramirez, the suit states, “is like many consumers who seek to stretch their money as far as possible when buying groceries. [She] looks to bold statements of value when quickly selecting groceries.”

The suit says she paid “more for the Product than she would have paid and would not have purchased it or paid less had she known the truth” about the ready time.

Ramirez intends to buy Velveeta microwavable Shells & Cheese again “when she can do so with the assurance its representations are consistent with its abilities, attributes, and/or composition,” the suit states.

Asserting that the class of victims is likely to number more than 100, the lawsuit seeks damages of more than $5 million, including statutory and punitive damages, plus interest and “costs.” A new federal lawsuit seeks millions of dollars from Kraft Heinz Foods Co. for allegedly promoting that the microwave meal takes only minutes to be "ready"

She has a point. OP's mom is also ready in 3 1/2 minutes. But only if you don't include the amount of time to get inside her box, add a bunch of moisture, and stir in some creamy cultures after.
Reactions: hawk771, InsaneHawkJJP, OrlandNole and 3 others


Yeah, daily, we are slipping closer towards 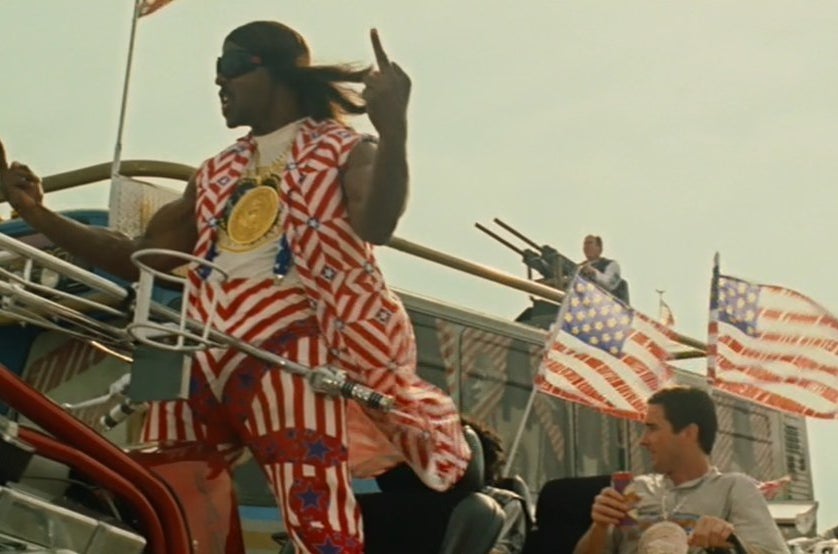 She was violated because she was lied to! Now has inherent mistrust in advertising?
Reactions: win4jj and seminoleed

Do you honestly believe all those extra steps only added an extra two minutes to her preparation time?

She might be looking at close to 10 minutes before she can finally eat.
Reactions: pink shizzle, seminoleed, BelemNole and 1 other person

Like taking mac and cheese from a baby.
Reactions: THE_DEVIL

TJ8869 said:
Do you honestly believe all those extra steps only added an extra two minutes to her preparation time?

If they put "Ready in 5 Minutes" on the box then they'd get sued by people who thought that's how long you need to microwave it.

Gonna need to find some pictures of Ms. Ramirez, then I'll make an inappropriate legal sounding comment about debriefing her as needed. Maybe teaching her a thing or two about the penal code.
Reactions: win4jj and TJ8869

lucas80 said:
Gonna need to find some pictures of Ms. Ramirez, then I'll make an inappropriate legal sounding comment about debriefing her as needed. Maybe teaching her a thing or two about the penal code.
Click to expand...

I’m guessing Ms. Ramirez is not winning any beauty contests.

Frankly I think Amanda is taking the wrong approach angle in this lawsuit. The 3 1/2 minutes claim is small potatoes. If you look closely you can see that the packing clearly claims that the product contains “Liquid Gold”.

That’s bullshit. The package doesn’t contain any gold at all, liquid or otherwise. There’s your real lawsuit. 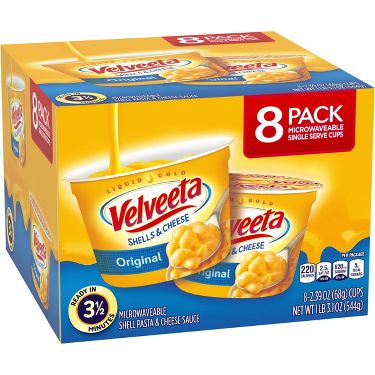 TJ8869 said:
Frankly I think Amanda is taking the wrong approach angle in this lawsuit. The 3 1/2 minutes claim is small potatoes. If you look closely you can see that the packing clearly claims that the product contains “Liquid Gold”.

That’s bullshit. The package doesn’t contain any gold at all, liquid or otherwise. There’s your real lawsuit.

Well, we don't know. I haven't found a story about the lawsuit that pictures the plaintiff. The name is pretty familiar in S. Florida, apparently. She might be a bangable realtor if my limited search hit on the right woman.
Reactions: win4jj

I hate these lawsuits

But I also hate Kraft/Heinz

You know that some law firm that specializes in this sort of thing went and found a stool pigeon to use as their claimant. No way she got upset by this and called a lawyer.
Last edited: Nov 26, 2022
Reactions: The Tradition, lucas80, seminoleed and 1 other person

Kraft sells about 350 million boxes of this stuff a year. If each box takes an extra 2 minutes, that is 700 million wasted minutes a year. If that labor is worth $15/hr, then Kraft owes America $175 million for each year they had this promise for 3 1/2 minute meals. Pay up Kraft! I want my 50 cents!
Reactions: THE_DEVIL and lucas80
B

Wait until she finds out it's not really cheese
Reactions: THE_DEVIL

When I was a kid I called Ruffles about their "no one can eat just one" slogan. I ate one chip out of the bag and when they were gone I called and said that it was false advertising. They said it was a slogan and hung up on me. I just wanted some free chips.
Reactions: dgordo, THE_DEVIL and The Tradition

Reactions: dgordo
You must log in or register to reply here.

Bad news for thousands of crypto investors: They don’t own their accounts