Owner Daniel Velasquez uses a few fryers and a few square feet inside South Side Street Foods to pen a love letter to the Indigenous Yaqui tribe present in the southwestern United States — with a heavy sprinkle of Chicano influences.


With a personalized but simple fry bread recipe, the Navajo tradition borne out of deprivation lays its foundation with a fluffy, fried dough about as large as a standard plate. Each one is placed in a slightly larger to-go box, which is something you can’t appreciate until you realize how much space is needed to eat the thick, heavily topped pieces.

Today, the bread that started as a commodity is a sign of perseverance in a city with few nods to Native American food or culture. The bread served here is true to the fluffy style of fry bread found all over the southwestern U.S., rather than the more dense style found in the northwest.


What: South Side Street Foods

Made with flour, salt, powdered milk and baking powder, the fluffy style takes more effort, given that humidity in Iowa tends to be higher than in Arizona.


“It’s just fry bread, but I’m only limited by my imagination,” Velasquez said.


His menu is simple, with chicken and chorizo options appropriate for lunch or dinner and a dessert fry bread with multiple topping options. But so far, he’s not short on an idea he’s determined to elevate.


Soon, he hopes to add carnitas and barbacoa to the menu.


Matching his Chicano influence present in the meat, he typically tops them with his own pico de gallo recipe. Elevated ingredients like green and red leaf lettuce complement other fresh vegetables like portobello mushroom, peppers and onions.


Chew on This Newsletter Signup​

Chicken is simmered for hours for the best flavor.


After running multiple Chipotle locations for seven years, Velasquez came to Iowa during the pandemic to work for Pancheros. But now with a dream realized that he simply describes as “freeing,” he doesn’t aspire to own a chain of restaurants or a brick and mortar location — he’s content with a truck he hopes will add a new flavor for the Corridor to appreciate.


There’s certainly no less work involved in owning a food truck, but the Phoenix, Ariz., native said it’s different when you own it. At 48, the lifelong dream, although simple, was a tearful realization after being involved or working in the restaurant business since early childhood.


The name of the truck pays homage to his upbringing on the south side of Phoenix and the “south side” stereotypes that seem to get a bad rap in many cities.


“I wanted to highlight what is beautiful about the south side — the diversity,” Velasquez said.


It is, no doubt, a food truck. But the owner’s attitude is what he said elevates the food served in disposable containers to a five-star experience. 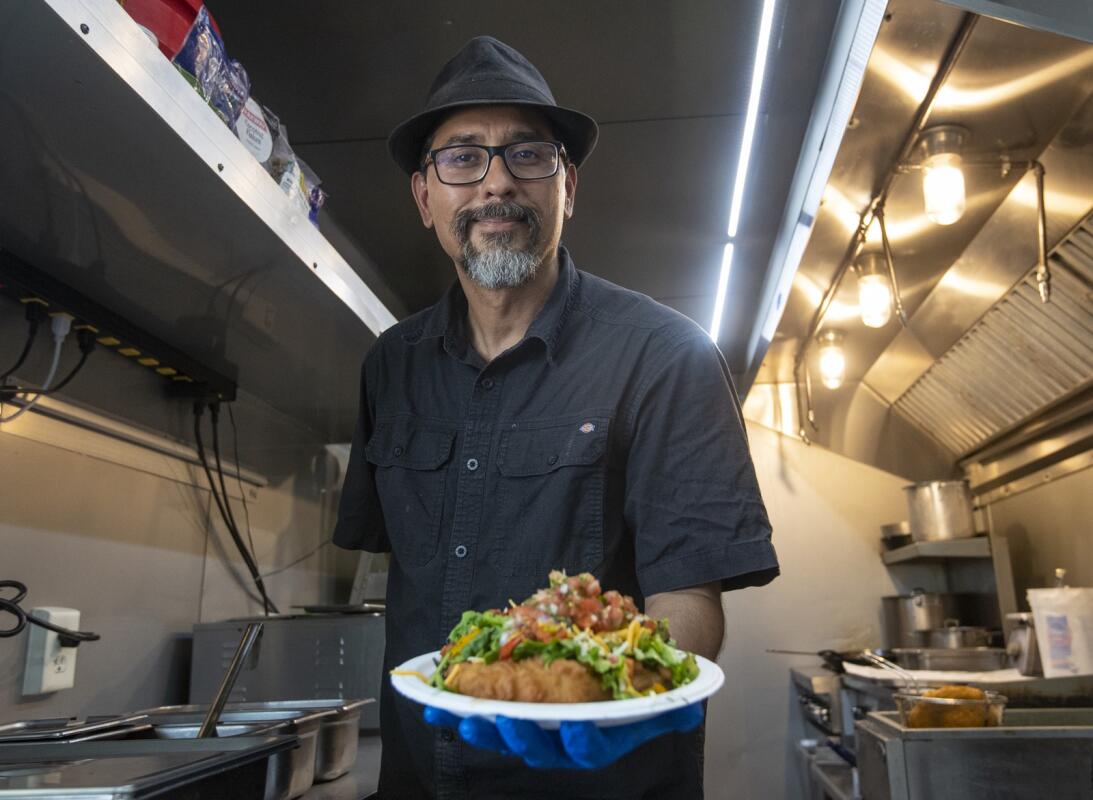 Try a cuisine with Chicano influences new to the area.

In. Looking forward to trying it.
Reactions: GOHOX69 and cigaretteman

My fat ass will be in line.
You must log in or register to reply here.

Iowa buys bus to provide workforce help throughout the state

Thoughts on My First Trip to Iowa (Orange City)