IOWA CITY — Andre Perry, former executive director of the Englert Theatre, will lead Hancher Auditorium into a new era and new business model as the University of Iowa continues phasing out $1.5 million in annual support by 2024 from one of the state’s leading arts presenters.

Hiring Perry for the job comes after Chuck Swanson, longtime Hancher director, announced in February that he would be retiring this summer. Hancher has been Swanson’s passion project, connecting people from national and international stardom to UI students, staff, the community, state and region. In announcing his move, Swanson said it’s time to bring in “fresh eyes” to chart Hancher’s future as it moves to a self-sustaining model.

Perry will begin his new role May 16 as executive director of Hancher Auditorium and the Office of Performing Arts and Engagement at the UI. His position will carry the title of “Chuck Swanson Hancher Executive Director.”

Swanson was a UI sophomore when the former Hancher Auditorium opened in 1972, and joined the staff as the business manager in 1985 before assuming the leadership role in 2002. A rebuilt Hancher was constructed on higher ground after it was damaged in the historic floods of 2008. Swanson was paid more than $205,000 a year.

Perry resigned in 2021 after 11 years of leadership at the Englert, where he developed the Mission Creek and Witching Hour festivals, and raised the venue’s profile on a national level. He currently serves as the UI director of arts, engagement and inclusion and as a senior adviser to the executive officer of diversity, equity and inclusion.

The UI Office of Performing Arts and Engagement, within the Office of the Provost, is designed to serve as a universitywide hub to develop, produce and present performing arts, and expand Hancher’s mission of supporting and showcasing artists from campus, the community and around the world.

“Andre has shown tremendous talent and leadership within the university and larger community — extending far beyond the arts,” UI Executive Vice President and Provost Kevin Kregel said in a statement announcing Perry’s move.

Perry serves on numerous boards, including the National Independent Venue Association, Arts Midwest, and Iowa Arts Council. As an MFA graduate of Iowa’s Nonfiction Writing Program, he also is a visiting adjunct assistant professor at the university.

“The formation of the Office of Performing Arts and Engagement — and its direct connection to Hancher — presents a rare opportunity to connect the university’s vast arts-based resources under a singular, inspiring vision that enlivens students, faculty, staff, and the global community of Hawkeyes,” Perry said in a news release.

Leading the internal search for the Hancher position were Kregel; Sara Sanders, dean of the College of Liberal Arts and Sciences; and Peter Matthes, vice president for external relations and senior adviser to the president. 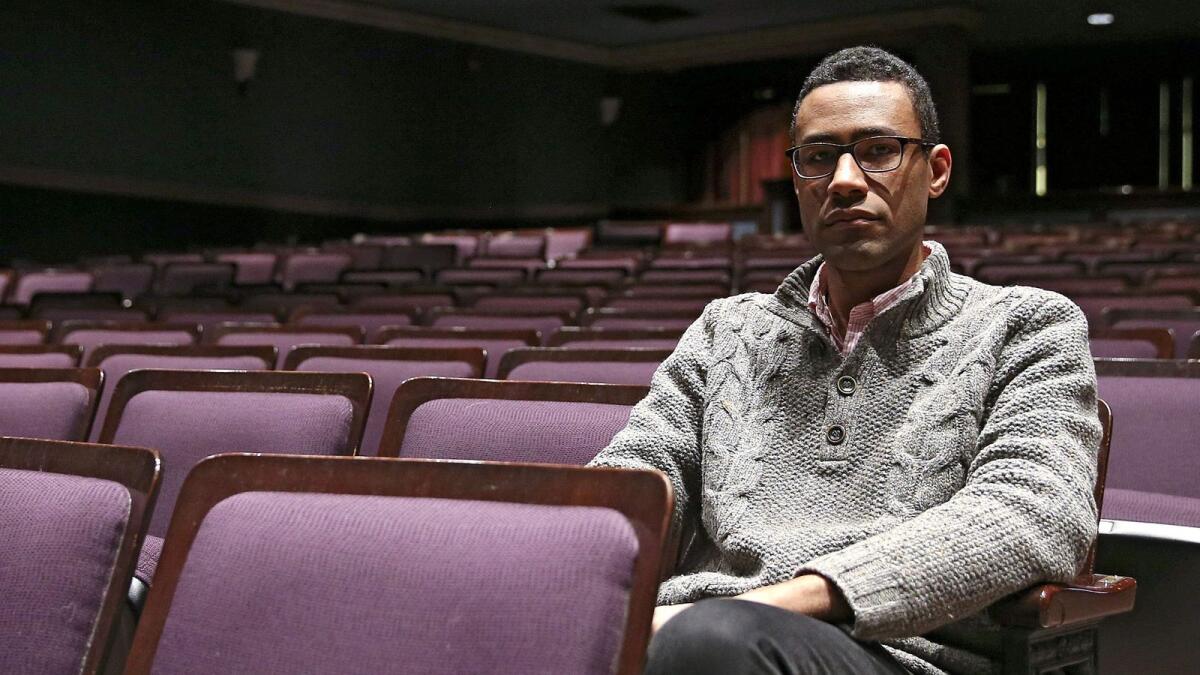 Andre Perry, former executive director of the Englert Theatre in Iowa City, will lead Hancher Auditorium into a new era and new business model starting May 16.

I worked with Andre for 4 years. I'm very happy for him, and I hope he does as well at Hancher as he did at the E.
Reactions: cigaretteman
You must log in or register to reply here.