Worst Secretary of State Ever:

Former Secretary of State and possible 2024 presidential contender Mike Pompeo will travel to Iowa in March to speak at a fundraiser for the Republican Party of Iowa.

Pompeo, who was a U.S. representative for the state of Kansas and the director of the Central Intelligence Agency before becoming secretary of state, will speak in Davenport on March 11.

"Secretary Pompeo fought for America First policies on the world stage while standing up to adversaries like China and Russia," Republican Party of Iowa Chairman Jeff Kaufmann said in a statement. "We are grateful to have him join us in Davenport to share his perspective on U.S. foreign policy and hear stories of his time in the Trump administration."

Pompeo has made regular visits to Iowa, which is expected to again kick off the presidential nominating process with its first-in-the-nation Republican caucuses in 2024.

Earlier this month, The New York Post reported that Pompeo has lost 90 pounds, and Axios reported that his political action committee had spent $30,000 on media training. Both have fueled speculation about Pompeo's 2024 ambitions.

In a July 2021 interview with the Des Moines Register, Pompeo brushed off a question about whether he planned to run for president in 2024.

In his speeches to Iowans, though, Pompeo has repeatedly winked at the subtext of his visits.

“My wife, Susan, was born in Iowa City, but she was raised in Wichita. She spent her summers at Coralville and Strawberry Point,” he said at the Family Leadership Summit. “So that's why I'm back. I don't know why some of these other folks coming back now. I can't figure it out.” 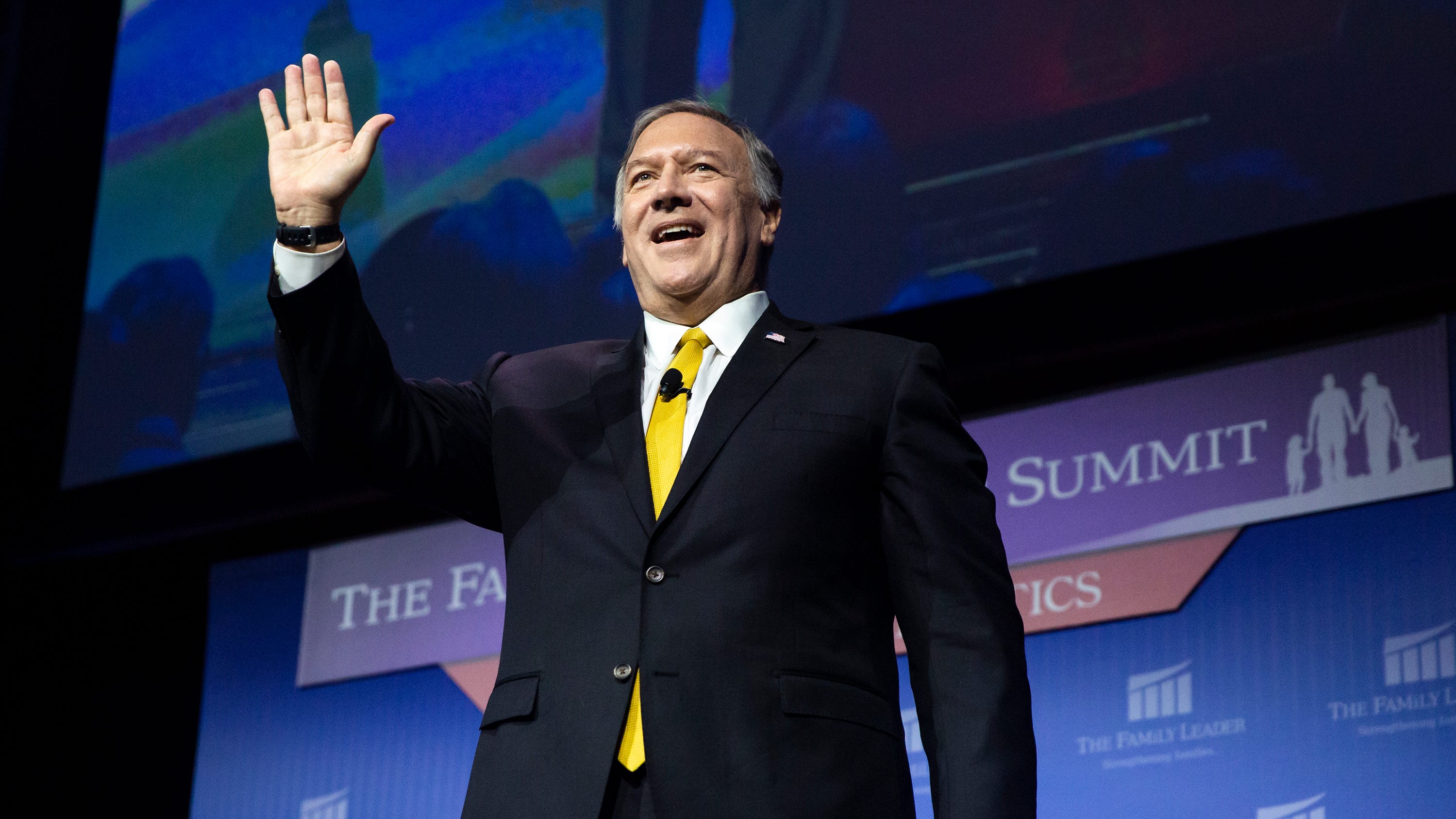 Former Secretary of State and possible 2024 presidential contender Mike Pompeo will speak at a fundraiser for the Republican Party of Iowa in March.
www.desmoinesregister.com
You must log in or register to reply here.

Iowa Poll: Should Trump run for president in 2024? Most Iowa Republicans say yes