It’s obvious. Glenn Youngkin, the Republican governor of Virginia, wants to be president.
Within months of taking office, Youngkin had already established two political organizations, Spirit of Virginia and America’s Spirit, meant to raise his profile in national Republican politics with donations and assistance to candidates both in his home state and across the country. In July, he met privately with major conservative donors in New York City, underlining the sense that his ambitions run larger than his term in Richmond.
Youngkin, a former private equity executive, is on a tour of the country, speaking and raising money for Republican candidates in key presidential swing states. And as he crisscrosses the United States in support of the Republican Party, Youngkin is neither avoiding Donald Trump nor scorning his acolytes; he’s embracing them.
In Nevada last week, Youngkin stumped for Joe Lombardo, the Trump-backed Republican nominee for governor who acknowledges that President Biden won the election but says he is worried about the “sanctity of the voting system.” In Michigan, Youngkin stumped for Tudor Dixon, the Trump-backed Republican nominee for governor who has repeatedly challenged the integrity of the 2020 presidential election. And later this month, in Arizona, Youngkin will stump for Kari Lake, the Trump-backed Republican nominee for governor who accused Democrats of fraud in the state and says that unlike Gov. Doug Ducey, she “would not have certified” the 2020 election results.

Whether Youngkin agrees with any of this himself is an open question. In the 2021 Virginia Republican primary, he flirted with election denialism but never fully committed. What matters, for our purposes, is that Youngkin believes he needs to cater to and actually support election questioners and deniers to have a shot at leading the Republican Party.
Advertisement
Continue reading the main story


You can sense, in conversations about the present and future of the Republican Party, a hope that there is some way to force the party off its current, anti-democratic path. You could see it in the outrage over Democratic Party “meddling” in Republican primaries. As the conservative columnist Henry Olsen wrote for The Washington Post in July, “True friends of democracy would seek to build new alliances that cross old partisan boundaries.”
What Youngkin — a more polished and ostensibly moderate Republican politician — aptly demonstrates is that this is false. The issue is that Republican voters want MAGA candidates, and ambitious Republicans see no path to power that doesn’t treat election deniers and their supporters as partners in arms.
There is an analogy to make here to the midcentury Democratic Party, which was torn between a liberal, Northern, pro-civil rights faction and a reactionary, Southern, segregationist faction. The analogy is useful, not because the outcome of the struggle is instructive in this case, but because the reason the liberal faction prevailed helps illustrate why anti-MAGA Republicans are fighting a losing battle.
In 1948, the mayor of Minneapolis — 37-year-old Hubert Humphrey — called on the hundreds of delegates to the Democratic National Convention in Philadelphia to add a strong civil rights plank to the party’s national platform. “To those who say we are rushing this issue of civil rights,” Humphrey said, “I say to them we are 172 years late.”

“The time has arrived for the Democratic Party to get out of the shadow of states’ rights and walk forthrightly into the bright sunshine of human rights,” Humphrey added.
Advertisement
Continue reading the main story


As the historian Michael Kazin notes in “What It Took to Win: A History of the Democratic Party,” both “the speech and the ebullient, and quite spontaneous, floor demonstration that followed helped convince a majority of delegates — and President Truman, reluctantly — to include the civil rights pledge in the platform.”
But there were dissenters. A small number of Southern delegates left the convention in protest. Calling themselves the States’ Rights Democratic Party, they organized a challenge to Truman with Gov. Strom Thurmond of South Carolina at the top of their ticket.
These “Dixiecrats” were anti-civil rights and, for good measure, anti-labor. “We stand for the segregation of the races and the racial integrity of each race, the constitutional right to choose one’s associates; to accept private employment without governmental interference, and to earn one’s living in any lawful way,” reads the States’ Rights Democratic platform, unanimously adopted at their convention in Oklahoma City the next month. We favor, they continued, “home-rule, local self-government and a minimum of interference with individual rights.”
Of course, this meant the maintenance of Jim Crow, the subversion of the constitutional guarantees embedded in the 14th and 15th Amendments, and the continued domination of Black Americans by a tyrannical planter-industrial elite. 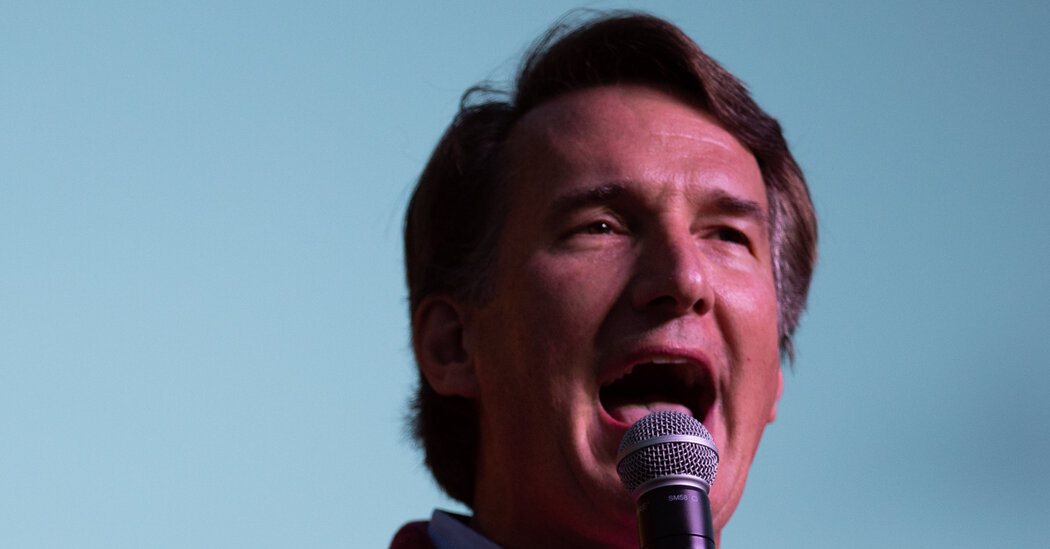 The governor believes he needs to cater to and actually support election questioners and deniers to have a shot at leading the Republican Party.

From its inception in the late 1820s as the movement to elect Andrew Jackson president, the Democratic Party relied on the Solid South to win national elections. Now it had a choice. Democrats could reject their new civil rights plank, accommodate the Dixiecrats and fight with a unified front against a hungry and energetic Republican Party, shut out of power since Herbert Hoover’s defeat in 1932. Or they could scorn the so-called States’ Rights Democrats and run as a liberal party committed to equal rights and opportunity for all Americans.
They chose the latter and changed American politics forever. And while much of this choice was born of sincere belief, we also should not ignore the powerful force of demographic change.

From 1915 to 1965, more than six million Black Americans left their homes in the agrarian South to settle in the cities of the industrial North, from New York and Chicago to Philadelphia and Detroit and beyond.
Advertisement
Continue reading the main story


Their arrival marked the beginning of a tectonic shift in American political life. “The difference in laws between the North and the South created a political coming-of-age for Black migrants,” the political scientist Keneshia N. Grant writes in “The Great Migration and the Democratic Party: Black Voters and the Realignment of American Politics in the 20th Century.” “Seeing political participation as a badge of honor and hallmark of success in northern life, migrants registered to vote in large numbers. Northern parties and candidates worked to gain Black support through their election campaigns, and the parties expected Black voters to turn out to vote for their nominees on Election Day.”

For a Democratic Party whose national fortunes rested on control of urban machines, Black voters could mean the difference between four years in power and four years in the wilderness. With the rise of Franklin Roosevelt, who won an appreciable share of the Black vote in the 1932 presidential election, Northern Democratic politicians began to pay real attention to the interests of Black Americans in cities across the region.
By 1948, most Black Americans who could vote were reliable partners in the New Deal coalition, which gave liberals in the Democratic Party some of the political space they needed to buck Jim Crow. Yes, the Dixiecrats would withdraw their support. But for every white vote Harry Truman might lose in Alabama and Mississippi, there was a Black vote he might gain in Ohio and California, the two states that ultimately gave him his victory over the fearsome former prosecutor (and New York governor) Thomas Dewey.
Not only did the Dixiecrat rebellion fail; it also demonstrated without a shadow of a doubt that Democrats could win national elections without the Solid South. The segregationists were weaker than they looked, and over the next 20 years the Democratic Party would cast them aside. (And even then, with the Dixiecrat exodus, Truman still won most of the states of the former Confederacy.)
There is no equivalent to northern Black voters in the Trumpified Republican Party. Put differently, there is no large and pivotal group of Republicans who can exert cross-pressure on MAGA voters. Instead, the further the Republican Party goes down the rabbit hole of “stop the steal” and other conspiracy theories, the more it loses voters who could serve to apply that pressure.
In a normal, more majoritarian political system, this dynamic would eventually fix the issue of the MAGA Republican Party. Parties want to win, and they will almost always shift gears when it’s clear they can’t with their existing platform, positions and leadership.

The problem is that the American political system, in its current configuration, gives much of its power to the party with the most supporters in all the right places. Republicans may have lost the popular vote in seven of the last eight presidential elections, but key features in the system — equal state representation in the Senate, malapportionment in the House of Representatives and winner-take-all distribution of votes in the Electoral College (Nebraska and Maine notwithstanding) — gives them a powerful advantage on the playing field of national politics.
Advertisement
Continue reading the main story


To put it in simple terms, Joe Biden won the national popular vote by seven million ballots in the 2020 presidential election, but if not for roughly 120,000 votes across four states — Arizona, Georgia, Pennsylvania and Wisconsin — Donald Trump would still be president.
Which is all to say that someone like Glenn Youngkin is only doing what makes sense. To make MAGA politics weak among Republican politicians, you have to make MAGA voters irrelevant in national elections. But that will take a different political system — or a vastly different political landscape — than the one we have now.
You must log in or register to reply here.

How did supporting blatant racists become so acceptable in the GQP?