Iowa Gov. Kim Reynolds’ chief of staff is moving on to lead the national Republican Governors Association, and her new chief of staff is a former official in former President Donald Trump’s administration.
Reynolds announced Tuesday that chief of staff Sara Craig Gongol is leaving for another role. Later Tuesday, the Republican Governors Association announced Craig Gongol will become the organization’s new executive director.
Reynolds announced she is promoting Taryn Frideres, who is currently her chief operating officer, to chief of staff effective Dec. 1.
“The chief of staff position is incredibly demanding in normal times, but when you add a worldwide pandemic, a derecho, floods, and more on top of it, it is all consuming,” Reynolds said in a news release. “Sara devoted herself to this state and helped me usher in a bold agenda that will pay dividends for years to come. I’m so grateful for her leadership and am excited for what’s to come.”

Frideres, an attorney, has worked in the private sector, as a staffer to U.S. Sen. Joni Ernst, in the U.S. State Department under Trump, and as deputy to the U.S. ambassador to the United Nations, according to the governor’s news release. She joined Reynolds’ office in January 2021. She is a native of Denison and holds degrees from Drake University and the University of Iowa College of Law.

“Taryn has played a central role in my administration over the last two years as chief operating officer, and I’m thrilled for her to become my chief of staff,” Reynolds said. “Her experience at the federal level and her proven leadership skills will be a great asset as I begin my second full term.”

The Republican Governors Association is a political group that works to support and elect Republican candidates for governor across the country. 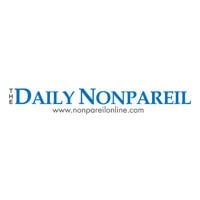 Thought maybe it was going to be Sam "Mayday" Malone.
Reactions: cigaretteman
You must log in or register to reply here.