Iowa's senior Republican U.S. Sen. Chuck Grassley demurred Wednesday but did not rule out supporting a national ban on abortion if Roe v. Wade is overturned.


Asked if he supported a federal ban, Grassley told Iowa reporters on a weekly conference call he could not say until a final ruling was issued by the U.S. Supreme Court.


Senators failed Wednesday to advance a bill that would have codified a right to an abortion in the United States as Democrats scrambled to protect abortion access after a leaked draft Supreme Court opinion indicated the conservative-majority court may overturn the nearly 50-year-old landmark ruling. Iowa's two Republican senators opposed the bill.

Senate Majority Leader Mitch McConnell in an interview with USA Today said a national abortion ban is "possible" if Roe v. Wade is overturned, but acknowledged the Senate likely would not have the votes to do so at least for now.


The Washington Post reported that a group of Republican senators, including Sen. Joni Ernst, R-Iowa, would introduce and push for a nationwide six-week ban on abortions if Roe is overturned.


Grassley on Wednesday pointed to his voting record opposing abortion rights, which was endorsed with an "A+" by the anti-abortion rights Susan B. Anthony List, but said it would be more appropriate to answer on potential national abortion restrictions after the U.S. Supreme Court issued a final decision.


"We just have a preliminary decision and it possibly could go through several changes,“ Grassley said. ”I suppose my cosponsorship of constitutional amendments over the years overturning Roe would be an example that I would leave it to the states."


Grassley supported an amendment that sought to repeal the 1973 U.S. Supreme Court decision in 1981, according to a New York Times report from the time.


"But we have a federal system of government. So, the federal government could operate in this area, but the states are going to be able to do it more than we can under Roe and the Casey case," Grassley said. "But I do have a very strong record in regard to federal legislation that no federal dollars should go to abortion, regardless of the court decision." 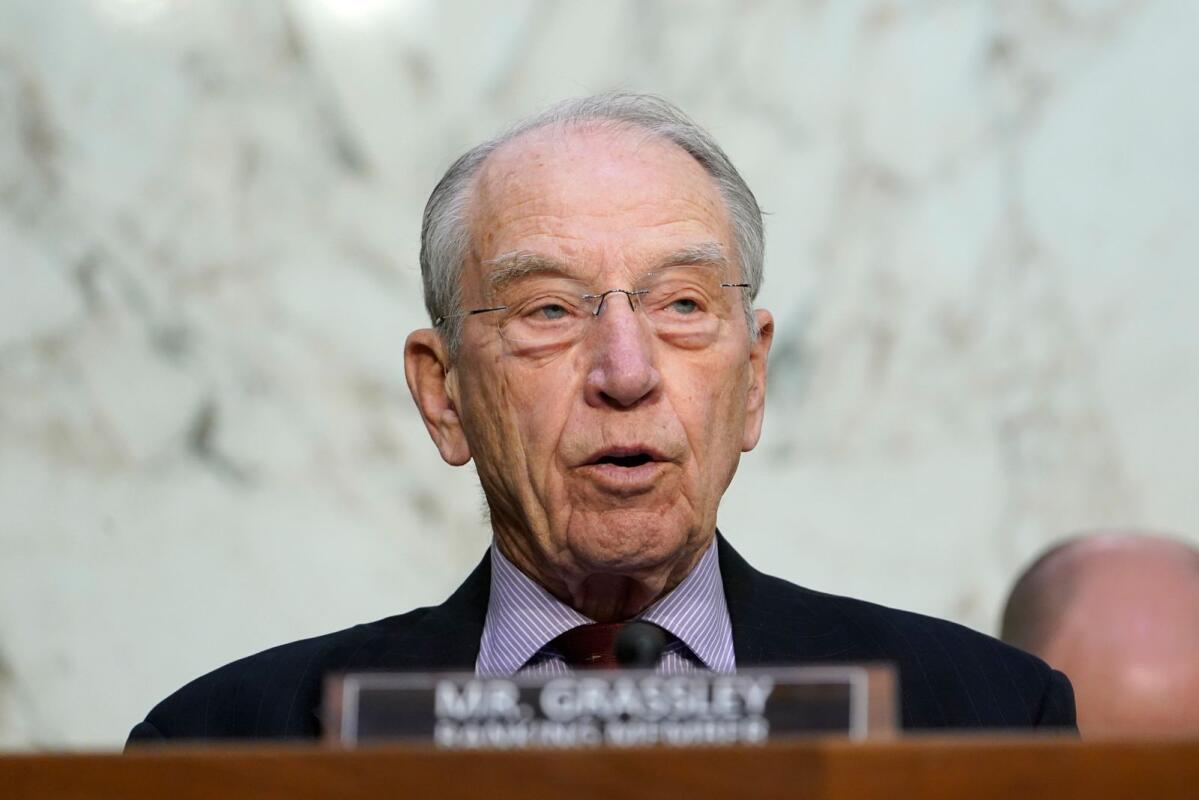 Asked if he supported a federal ban, Sen. Chuck Grassley told Iowa reporters on a weekly conference call he could not say until a final ruling was issued by the U.S. Supreme Court.